The former commissioner of the U.S. Food and Drug Administration has defended Pfizer Inc for shipping fewer doses of its coronavirus vaccine

Last month, pharmacists told the company that each vial of the shot – which was supposed to contain five doses – could be squeezed to extract an extra sixth dose.

In response, the firm successfully persuaded the FDA to amend the vaccine’s formal authorization language.

This means Pfizer, which was guaranteed to ship 40 million vials by July, could now ship up to seven million fewer vials to account for the ‘extra’ doses.

Dr Scott Gottlieb, who is a member of Pfizer’s board, said the company’s decision  ensures that each vaccination site uses the extra sixth dose so none gets wasted. 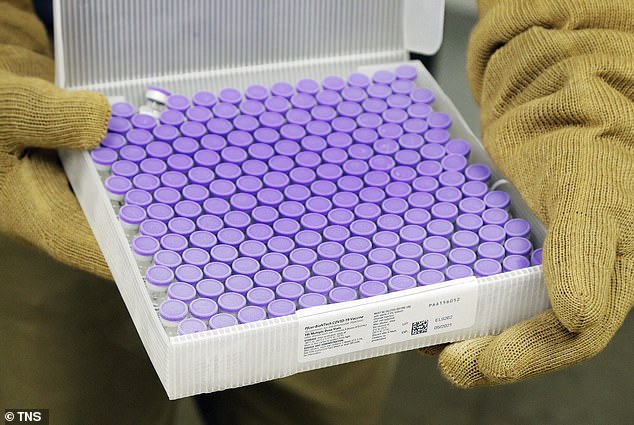 By petitioning the FDA to change the emergency use authorization language to formally recognize the sixth dose, this allows Pfizer to send between 33 and 35 million vials across the US instead of about 40 million vials. Pictured: A nurse opens a tray of frozen Pfizer vaccines in Ohio, January 19

‘The bottom line here is that this is a very scarce resource.’ Gottlieb told CNBC’s Squawk Box on Monday.

‘We need to make sure every dose gets used. The only way to do that is to market this as a vial that has six doses and provide the proper equipment to extract that sixth dose, which in fact Pfizer is doing.’

When Pfizer executives learned that each vial might contain an extra sixth dose, they pushed the FDA to change wording in the emergency use authorization of the firm’s vaccine, reported The New York Times.

The formal recognition was important for two reasons.

The first is because Pfizer gets paid for every dose they deliver. The second is because this could speed up the vaccination rollout.

‘During this pandemic, with the number of people dying across the globe, it is critical that we utilize all available vaccine supply and vaccinate as many people as possible,’ Pfizer spokeswoman Amy Rose.

‘To leave an additional dose in each vial, that could be used to vaccinate additional people, would be a tragedy.’

Gottlieb told CNBC this change in the authorization language means Pfizer is actually able to supply 120 million doses of the vaccine in the first quarter of 2021 instead of the originally promised 100 million.

However, it also means fewer vials will be sent out. Instead of the 40 million vials that would have been sent out by July to fulfill its goal of supplying 200 million does by the summer, the company will likely be sending out around 33 to 35 million.

Some pharmacists say they do not have the right syringes necessary to extract the extra dose and have had to throw the vials away. 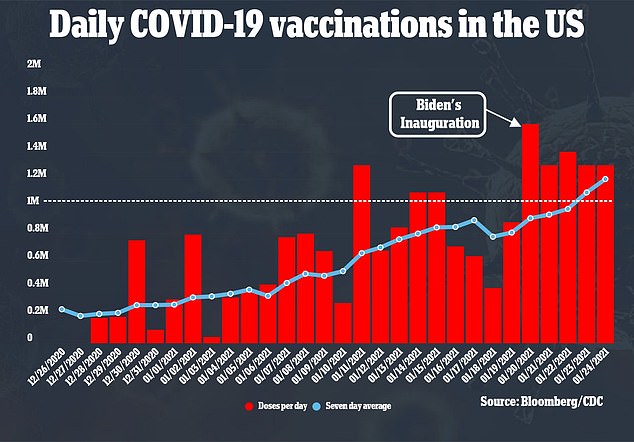 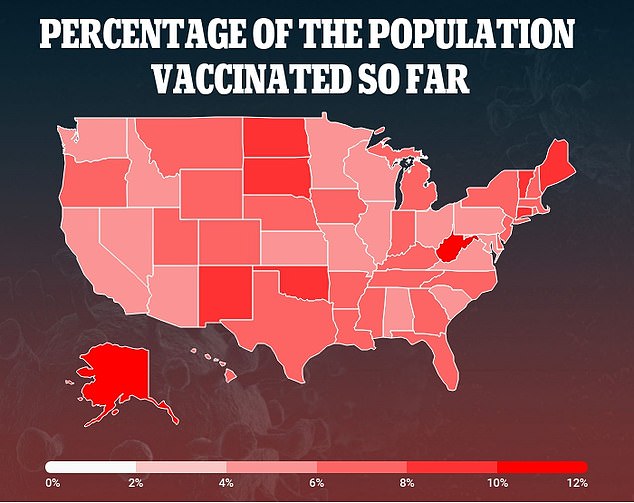 ‘Now there’s more pressure to make sure that you get that sixth dose out,’ Michael Ganio, the senior director for pharmacy practice and quality at the American Society of Health-System Pharmacists, told The Times.

Gottlieb told CNBC that when Pfizer applied for emergency use authorization with the FDA, the firm knew six doses could be extracted from its vials.

However, he says changing the wording of the authorization would have slowed the process so the firm decided to change the wording after the fact.

‘The studies were done using these vials as five-dose vials. To actually market them as a six-dose vial, you would have to go back and do studies to demonstrate that physicians can reliably extract that sixth dose. That would have taken time,’ he said.

Gottlieb explained that the changing to the language will only be applied for vials that have yet to be sent out, not ones that have been sent out already, and will only be counted in places where special syringes are sent to extract the extra dose.