Covid vaccination jabs are expected to be on offer by the NHS from as early as next month, as five mass vaccination centres are planned to be in action by Christmas.

Leaked provisional documents have revealed the plan for hundreds of NHS staff to be deployed in five sites across the country – injecting tens of thousands of the public each day, reports The Sun.

Those most vulnerable to coronavirus will be called up first, with centres manned by trainee nurses and paramedics planned for Leeds, Hull and London, the publication reports.

In addition to the five static sites of giant scale, GPs and pharmacists will be asked to assist in the mass vaccination effort, with a fleet of mobile units to be used to reach vulnerable communities and those in care homes.

NHS staff handing out test kits to Glasgow University students as they arrive for testing at a pop up test centre in Glasgow. October 3, 2020

A source told The Sun: ‘The earliest we are likely to get the first trial results is in a month’s time – which means the best case scenario for a potential roll out is just before Christmas.

‘But planning is well under way, so there will be no delay in vaccination once we have a working jab.’

Provisional plans state the end of this month as the vaccine roll out date, but without approval from UK regulators and the European Medicines Agency to administer the inoculation the schedule is unlikely to stand fast.

On Sunday Matt Hancock confirmed that the military would be involved in distributing a coronavirus vaccine. 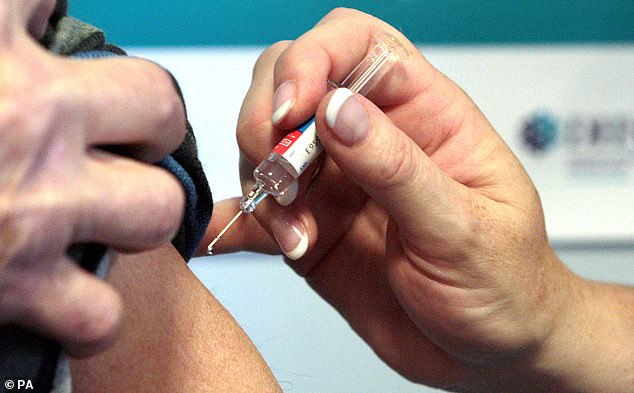 The Health Secretary told the virtual Tory conference that ‘the plans are in train’ to combine the NHS and the armed forces to make ‘the rollout happen’.

He said people would get the vaccine ‘according to priority’ – but did not clarify what that order would be.

Mr Hancock told the Tory conference that a vaccine was the ‘great hope’.

The leading contender in the race to find a vaccine is Oxford University, where trials have been ongoing since April – there are hopes the vaccine could be approved by regulators by Christmas.

Last week a Royal Society report warned there would be significant challenges in distributing and producing the vaccine on such a mass scale.

‘We’re talking about six months, nine months . . . a year. There’s not a question of life suddenly returning to normal in March.’

Yesterday WHO Director-General Tedros Adhanom Ghebreyesus revealed that he anticipated a vaccine against COVID-19 may be ready by the year-end.

Dr Ghebreyesus said in final remarks to the WHO’s Executive Board, without elaborating: ‘We will need vaccines and there is hope that by the end of this year we may have a vaccine. There is hope.’

Nine experimental vaccines are in the pipeline of the WHO’s COVAX global vaccine facility that aims to distribute 2 billion doses by the end of 2021. 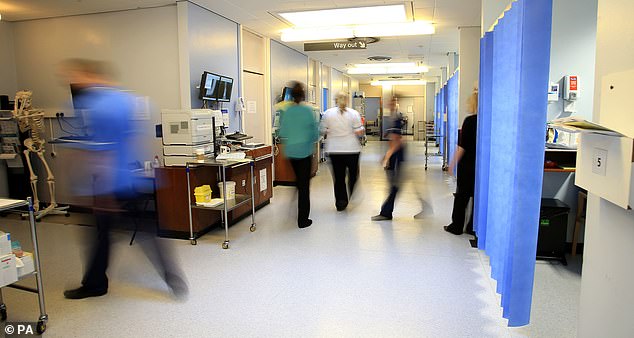