Analysis of earnings for 300 top CEOs by STAT News revealed the extortionate figure accumulated from salaries, bonuses, perks, and royalties from stocks.

But a whopping tenth of this — or $453 million — was paid to just one CEO, Leonard Schleifer, who is in charge of Regeneron which shot to fame after its monoclonal antibody treatment became one of the first used to treat Covid in 2020.

But others also saw sales jump as lockdowns led to a change in behavior, with more buying invisible braces for example because of problems accessing a dentist.

Critics slammed today’s mammoth figure as showing ‘misplaced priorities’ and revealing companies were doing things that ‘don’t really seem to be in the public interest’. 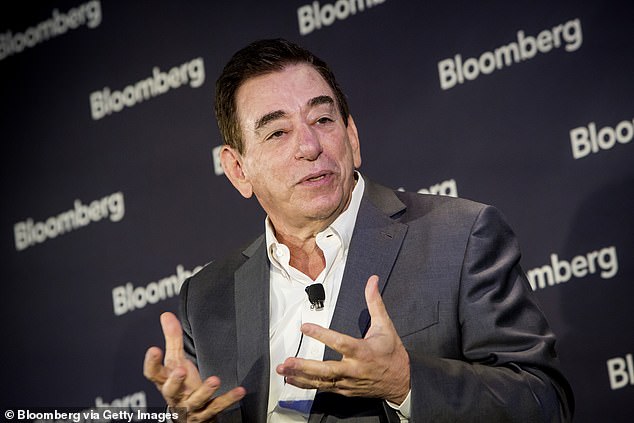 Leonard Schleifer, the head of Regeneron, earned a total of $453million last year — equivalent to ten percent of the total earnings of the top 300 CEOs 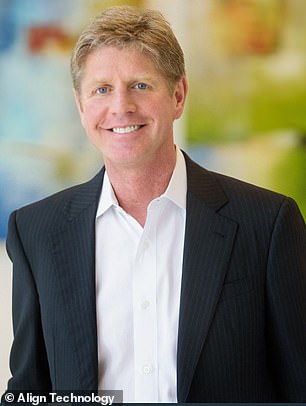 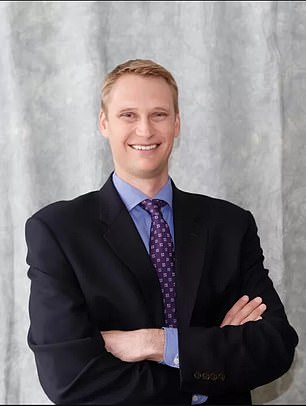 Results were compared to the $648,000 the CDC received in 2021 for surveillance and research into emerging and zoonotic infectious diseases.

Covid vaccine manufacturers were the fastest growing pharmaceutical companies over the first three months of this year, data has revealed.

Moderna led the pack with its revenue surging 221 percent in a year to $6.1billion, followed by BioNTech where they ticked up 200 percent to $6.4 and Pfizer which recorded a 77 percent swell in revenue to $25.7.

AstraZeneca — which had its vaccine approved in other countries, but not the U.S. — saw the fourth biggest growth in revenue by 56 percent to $11.4.

Campaigners and charities accused the companies of ‘shameless pandemic profiteering’, and said it was ‘appalling’ that a small number of companies had made ‘obscene amounts of money’.

About six in ten people globally have now received two doses, according to figures from OurWorldInData, although in Africa this drops to two in ten.

The top earner, Schleifer is not one to shy away from splashing his wealth either.

He owns mansions in both Martha’s Vineyard and Chappaqua, New York.

Furthermore, he also used to play golf with the former president Donald Trump at the latter’s club in Westchester, New York, and even funded his son Adam’s failed bid for congress.

Regeneron’s main success in the pandemic was its antibody cocktail — sold under the brand name REGEN-COV — which could help fight off infections in the early stages in vulnerable people.

More than three million doses were sold to the U.S. Government alone at $2,100 each to help fight the virus. Other countries struggled to get any doses.

But the product quickly fell out of favor  amid the arrival of the Omicron variant, which made the treatment less effective.

The 62-year-old joined the business from Swiss technology company ABB, which he left in 2015 because of ‘private reasons’.

Align saw success during the pandemic, as more people opted for its braces rather than the traditional ones for fear of being exposed to the virus at the dentists.

The clear step method, which allows people to use the braces without being seen.

Demand for this shot up during the pandemic as more people chose to steer clear of dentists and traditional braces for fear of being exposed to the virus.

Mr Pykosz, a Harvard Law School graduate, founded the business as an offer for Medicare patients who would normally go to emergency care even when they did not need to.

It also picked up several lucrative contracts for providing Covid testing in parts of America during the pandemic.

‘Even though health care is heavily regulated, it’s not regulated in ways that prevent companies from doing all these things that don’t really seem to be in the public interest.

Responding to the report, Regeneron said Schleifer was a company founder and one of the longest serving CEOs in the S&P500.

It added: ‘Your calculation largely reflects Dr Schleifer’s exercise of stock options that increased in value alongside the value of the company over time and that were about to expire after a 10-year holding period.’