Cowdray Park boss took his life after getting sacked

Pictured: James Deacon, 54, took his life after he was sacked from his role at Cowdray Park

The estate manager of a prestigious venue home to royal polo matches killed himself hours after he was sacked for lying on his CV.

James Deacon was discovered next to a shotgun and a suicide note after armed police raided the property he was given to live in while working for the world famous Cowdray Park in West Sussex.

The father-of-one had been marched by security to a meeting with the park’s chief executive earlier that day where he was told he would be sacked and kicked out of the home supplied to him by the estate.

At an inquest into his death today, a coroner heard how Mr Deacon had landed the position in June just months after leaving his role as a managing director of a firm employed to run Hull City FC’s KOCC stadium.

He spent 18 months as director for the Superstadium Management Company (SMC) before resigning in January 2017, six months before joining Cowdray Park.

Chief executive Jonathan Russell was initially thrilled to have Mr Deacon on board to join the celebrated venue as their new estates manager in June 2017.

The local newspaper at the time described Mr Deacon as having worked at Bolton Abbey Estates in Yorkshire for 20 years before getting experience as a contractor developer and going on to own his own regional construction company.

Speaking at the time, Mr Russell said he was ‘thrilled’ to have Mr Deacon on board.

However six months later, the boss of Cowdray Park called time on Mr Deacon’s appointment after learning he had lied as part of his application half a year earlier.

A court heard how Mr Deacon was ‘marched’ back to his living quarters by security, following the meeting and was told the company-owned house in Easebourne, Midhurst was going to be repossessed. 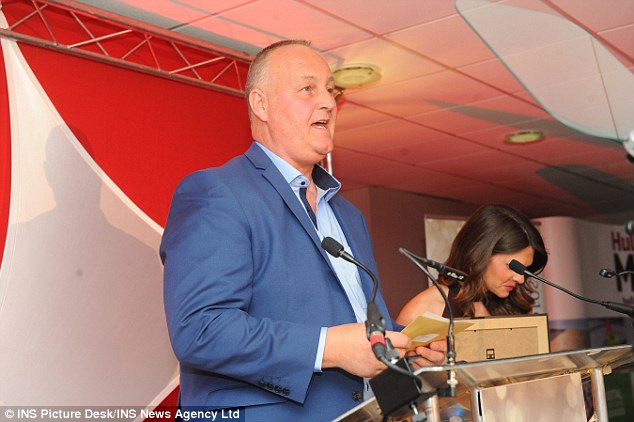 The night of his death, Mr Deacon emailed his ex-wife and teenage son, who both lived in York, to tell them he was planning on taking his life

The officer for the coroner said: ‘He was called to a meeting with the chief executive of Cowdray as he had lied on his CV when applying for the job and they were going to terminate his employment and seek to repossess the property he was living in.’

The night of his death, Mr Deacon emailed his ex-wife and teenage son, who both lived in York, to tell them he was planning on taking his life.

On the same evening, the court heard how he met his girlfriend at a pub where he told her he feared he was unwell and a doctor thought he might have contracted pneumonia.

He was due to go around to her house for dinner later but said he needed to sort out a new car.

At 8.30pm he sent her a text message saying he was still trying to get a car and had had a coughing fit.

The inquest was told that around 30 minutes later, he spoke to her on the phone and said she ‘had no real cause for concern other than he was coughing a lot’.

The coroner heard that he sent her a text for the last time at 10.04pm before sending an email to his son and girlfriend in York, telling them he was going to kill himself.

A handwritten note was discovered by officers after they forced their way into the locked property in Easebourne the next morning.

A post-mortem examination found he died as a result of a gunshot wound to the head.

In a tragic twist, the court heard how the gun and ammunition had been a gift from his current girlfriend who believed he had a licence, although it later transpired he did not.

Coroner David Skipp said: ‘In view of the evidence and the fact he intended to take his life, I will record a verdict that James Deacon took his own life. My condolences to the family, particularly his son.’