A senior CPS lawyer who was accused of illegally helping her boyfriend dodge a £100 speeding ticket has been cleared of wrongdoing.

Alison Quanbrough, 56, was said to have used her position as a top solicitor to ‘strong arm’ police into not pursuing advertising salesman Michael Thomas, 64, after he was caught driving at 83mph on the M6 motorway.

It was claimed the divorced mother of two, from Blackpool, Lancashire, helped Thomas exploit a legal loophole about oversea drivers.

She allegedly filled in a form which falsely claimed a man living in the Irish Republic was driving his car.

Later she personally rang traffic officials quoted her job title and subsequently threatened to complain about them – claiming they were being ‘unprofessional.’

But at Manchester Crown Court Quanbrough burst into tears and said ‘thank you’ to the jury as she was acquitted of perverting the course of justice following a five-day trial.

A jury heard the couple had since split up following a series of rows about their ex-spouses which she branded ‘World War Three.’

Thomas, a divorced father of two, admitted perverting the course of justice and testified on behalf of his ex-partner and will be sentenced at a later date.

The investigation began after he was caught by a speed camera near Carlisle on April 29, 2015 whilst driving his Mercedes to a business meeting in Scotland.

Thomas had a history of previous speeding offences but at the time of the incident he only had three points on his driving licence and did not face a road ban.

Yet the businessman falsely claimed the car had been driven by a ‘Joe Staughton from Eire’ in the hope police would be powerless to pursue motorists living outside the UK.

He also wrongly claimed he had loaned the Irishman his vehicle during a golf event.

But officers were suspicious of Thomas’s account and examined a photograph showing him at the wheel of Mercedes at the time it was caught speeding.

They then seized two iPhones containing text messages he received from Quanbrough on the day of the offence. 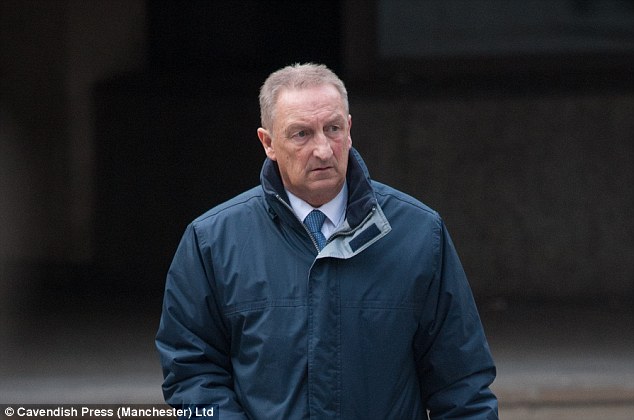 He then replied: ‘Hi sat nav cable was in the boot. Still got 170 Miles to go are you ok? Do you feel alright? Have a good day love you too.’

David Potter, prosecuting, said: ‘Michael Thomas lied to the police as to the identity of the driver in an attempt to avoid prosecution for that speeding offence.

‘He took a calculated gamble and he hoped that by nominating a driver who lived outside the jurisdiction of England and Wales, the police would be powerless to pursue the speeding offence and, consequently, they would have no option but to cancel it and take no further action.

‘Mrs Quanbrough would have some working knowledge of Central Ticketing Office prosecutions and she would have had the job of occasionally reviewing traffic prosecution files once they had reached trial.

‘We say Mr Thomas was aided, abetted counselled or procured by Mrs Quanbrough by completing the form with the fictitious details of Joe Staughton – but the gamble didn’t pay off.’

Police asked Thomas to provide further details of when the ‘driver’ entered and left the UK and details of the insurance certificate to show he could drive the Mercedes.

But Thomas replied claiming he had no extra information – adding that his partner was ‘senior crown prosecutor’ and was insured to drive his car.

In August 2015, Mrs Quanbrough herself rang the central ticketing unit on behalf of Thomas and saying she was a ‘senior crown prosecutor for Lancashire.’

Mr Potter added: ‘She said he received a final notice and had fulfilled all of his obligations and that should be an end of it and he shouldn’t have to do anything else.

‘But a member of staff at the Central Ticket office called back Mrs Quanbrough. She again told him she was a senior crown prosecutor and told him that, in her opinion, Mr Thomas had fulfilled all his obligations.

‘She complained about the unprofessional manner she and Mr Thomas had been treated by the Cumbria ticketing office and that she would be reporting this to her manager. These were strong arm tactics by Mrs Quanbrough.

‘But that same day police sent out a further letter containing a copy of the photograph taken by the speed camera which was clear enough to make out the driver was Mr Thomas.’

Police later obtained information from a hotel in Aberdeen where Thomas checked in on the day of the speeding offence and they arrested him in October 2015.

Quanbrough – a former council contract lawyer who became a prosecutor on the Fylde Coast for 2006 – said Thomas initially told her that he believed he had been the driver. 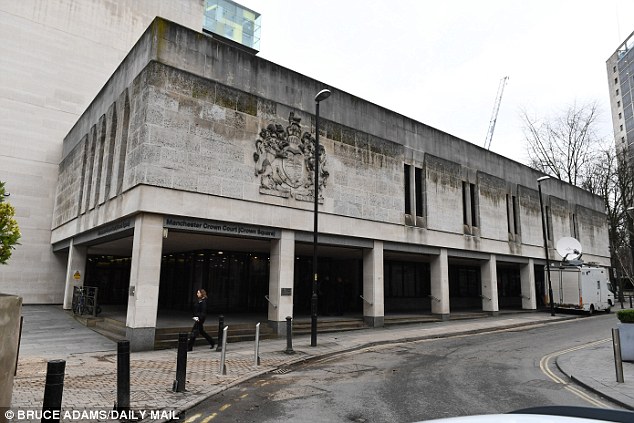 She made enquiries about him going on a Speed Awareness course but she said he then told her someone called ‘Joe’ had been driving it on the day and she mistook him to mean his ex-wife Jo Andrews.

She told the jury: ‘I would not have risked everything for my partner getting three penalty points and a fine. I know he only had three points and I know he would not be disqualified doing 83 in a 70.

‘I recall we were watching TV and he said ‘I’ve got a speeding’ and I told him he might be entitled to a speed awareness course.

‘He said it wasn’t me driving it was Jo – initially I thought he was talking about his ex-wife.

‘He said I was jealous and insecure about Jo because Jo was newly widowed and I felt I was the only thing standing in the way of Mike and Jo getting back together.

‘Then Michael accused me of still having feelings for my husband and behaving differently towards him.

‘We had World War Three about ex-partners we had a holiday booked, we were going to Egypt. I reminded Michael he had to fill out the notice but I didn’t play any part in filling out the form I was not with him when he filled it out.

‘If I thought he was up to something he would have been out and out a long time before I booted him out. As soon as I found out the truth he was out.’

Thomas claimed he had got the legal loophole idea after attending a business meeting.