That’s one way to beat the heat! New York landlord is fined $50K after a 480-square-foot 60 ton swimming pool was discovered on the ROOF of his high rise apartment… before authorities drained it

As New York City braves another summer heat wave, a crafty Brooklynite installed a 480-square-foot swimming pool on top of an apartment building.

The illegal pool popped up on top of the 373 Flushing Avenue apartment building in Williamsburg on Tuesday, before being removed, according to the NYC Department of Buildings (DOB).

The pool, which runs the length of half the roof, measures a whopping 480 square-foot a depth of four feet, meaning it carries around 60 tons, or 120,000 pounds, of water.

The pool violated building codes, as it was illegally constructed and the ‘occupied’ apartment building is not equipped to hold that much weight, according to the NYC DOB.

As of Wednesday, the pool has been drained of water, but the structure still remains on the roof, according to NBC New York.

The NYC Department of Buildings (DOB) had to remove a 480-square-foot pool (pictured) off of a Brooklyn apartment building on Tuesday after it was illegally constructed on the building. The landlord does face two violations and could face up a $50,000 fine 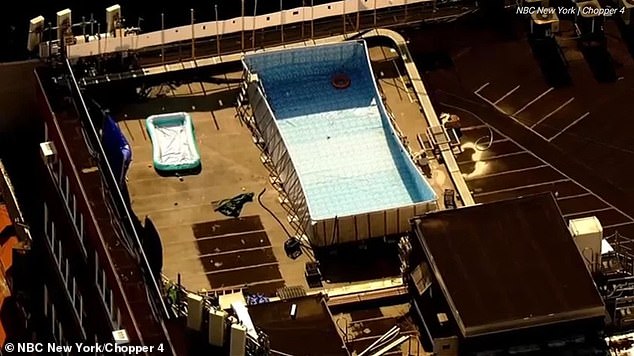 The DOB told DailyMail.com on Thursday that it does not know how the pool was constructed and that ‘two violations’ have been issued to the landlord.

The landlord will go before the Office of Administrative Trials and Hearings (OATH) – which is separate from the DOB – on December 14, 2022, ‘where these two violations will be adjudicated.’

‘If the violations are upheld at the scheduled hearing, then OATH will issue associated fines to the owners,’ the DOB told DailyMail.com on Thursday.

‘The standard penalty for these two violations that the owners could face is $3,750 total, however, OATH has authority to raise or lower that potential fine in consultation with a codified penalty chart.’

The maximum fine the landlord could face is $25,000 for each violation, the DOB told DailyMail.com.

The pool was constructed without proper permits and was not professionally built, the NYC DOB said.

‘New York. We know. It’s hot. We get it,’ the department wrote on Twitter. ‘But please don’t try to build a rooftop swimming pool without first getting permits and hiring professionals to do the job properly.’

The Big Apple has been under a heat advisory since last week, with many cities – such as Boston and Newark – preparing to break records. 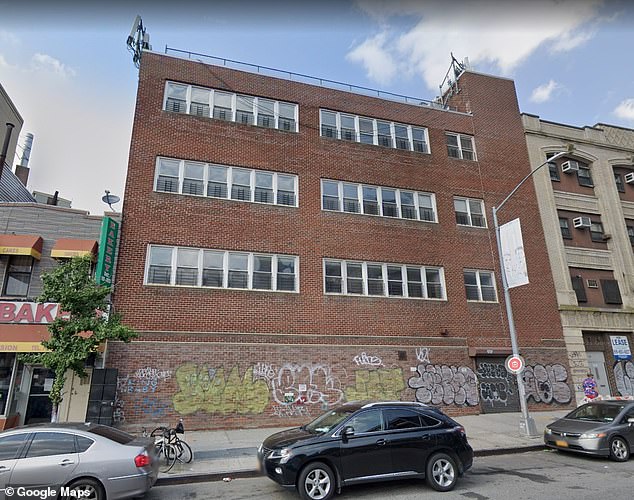 Around 150million Americans have been battling high temperatures in the 80s and 90s and unformidable humidity.

Data from the CDC shows that extreme heat is the deadliest weather phenomenon in the country, killing more people each year than tornadoes, hurricanes or floods.

According to the agency, an average of 702 people die because of heat-related causes in the United States each year, with another 67,500 people going to the emergency room and 9,200 being hospitalized.

Meanwhile, heat-related deaths are on the rise across the country as agencies grapple with cataloguing exactly how many people died in July’s heatwaves.