Donald Duck’s voice was created by a man called Clarence Nash. The phrase ‘flotsam and jetsam’ derives, via French, from the words to float and to jettison. The correct term for a dab of toothpaste is a ‘nurdle’. There is a hill in the Lake District called Great Cockup. Colour blindness is also known as Daltonism. The prog rock group Hawkwind derived its name from a combination of its singer’s aquiline features and his problems with flatulence. Fifty-five per cent of the London Underground is above ground. Tupperware was invented by a farmer’s son from New Hampshire called Earl S Tupper, who died in 1983. Billy Bunter’s middle name is George.

Who can fail to love a book that is jam-packed with such colourful and random information? 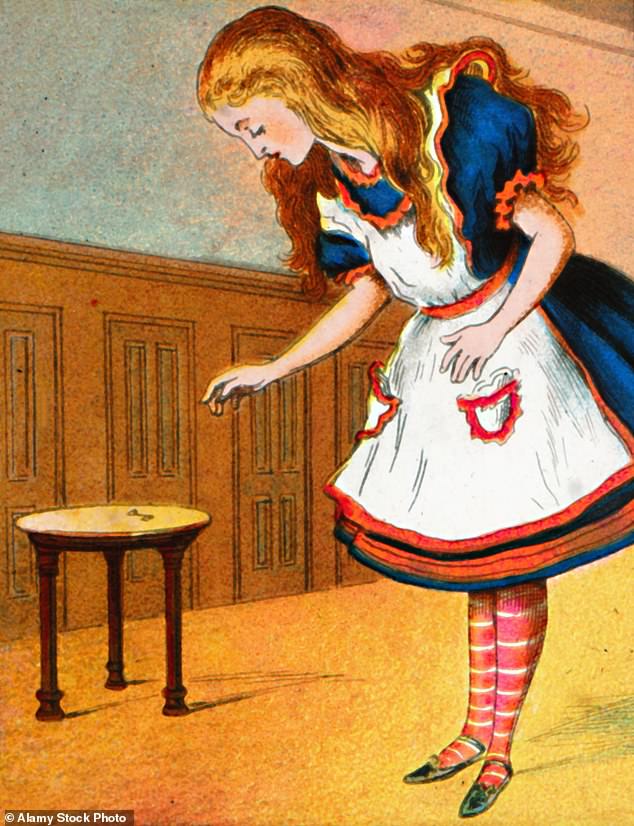 Brewer’s must be the only dictionary in the world that takes such a fierce delight in its own irrationality. At times, it is like stepping into the topsy-turvy world of Alice In Wonderland 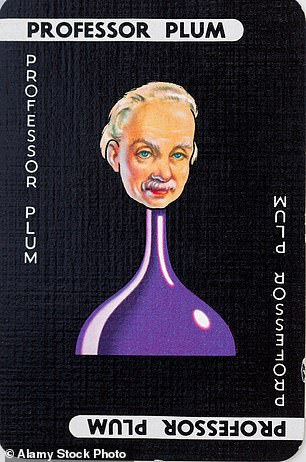 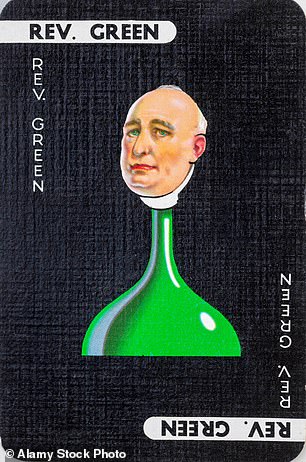 Cluedo has its own entry. Where else would you learn the true ages of the suspects? Professor Plum, we learn, is 38, and Reverend Green only 48

Brewer’s was the brainchild of the Reverend Ebenezer Cobham Brewer, a Victorian cleric. He assembled his dictionary by taking his scissors to any piece of information that caught his fancy and then placing it in one of any number of pigeon-holes in his office.

Ebenezer Brewer’s categories were eccentric to the point of madness, with many topics listed under titles so haphazard that they could only ever be chanced upon, rather than looked up. Susie Dent, the editor of this, the 20th edition, has stuck to this bonkers blueprint. This means that if you go in search of a particular piece of information you are likely to be confronted by 100 other titbits before you find whatever it was you were actually after.

For instance, if you wanted to find out the correct term for a dab of toothpaste, you would find it not under T for Toothpaste or D for Dab but under W for What Do You Call? Meanwhile, the hill called Great Cockup is listed under C for ‘Curious place names’, which is particularly muddling as virtually every entry in the dictionary’s 1,517 pages could just as well be classified under Curious.

Anyone in a hurry for a fact or figure will undoubtedly find this frustrating. If, for example, you couldn’t remember the names of the Queen’s four children then you would probably first try under R for Royal Family, only to find nothing between Royal Exchange and Royal Flush. So then you’d try Windsor, where under ‘House of Windsor’ you would be advised to ‘see under HOUSE’.

Flicking back through 780-odd pages, you’d eventually find House of Windsor between House of Representatives and House Party. But though it mentions that in 1960 the surname of the descendants of Queen Elizabeth II was changed to Mountbatten-Windsor, it fails to mention the names of the Queen’s children, which are, as far as I can see, nowhere to be found. On the dust jacket, the publishers boast that ‘you will find answers to questions you never thought you needed to ask’. Fair enough, but finding answers to questions you are asking may well take a little longer. 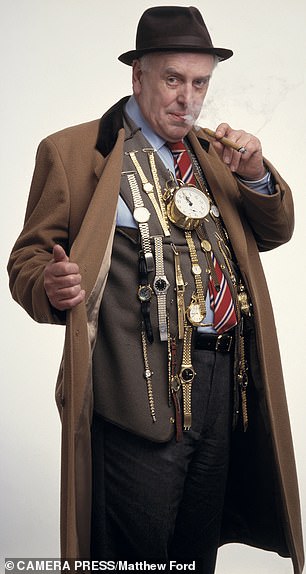 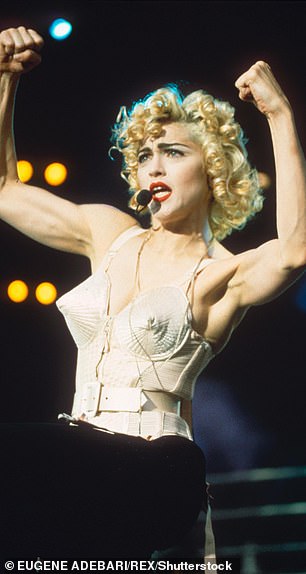 Arthur Daley (left) is alongside the Dalai Lama, while Madonna is given only eight words

Brewer’s must be the only dictionary in the world that takes such a fierce delight in its own irrationality. At times, it is like stepping into the topsy-turvy world of Alice In Wonderland. Look up ‘Scrambled Egg’ and it says, ‘See Brass Hat’. Why? Because senior officers in the services are known as ‘brass hats’ and the braid on the brim of the officers’ caps is apparently ‘sometimes nicknamed “scrambled egg”.’

‘Big girl’s blouse’ is listed somewhere between ‘Bigfoot’ and ‘Big Mac’. The Black Panthers are sandwiched between the Black Hole of Calcutta and Black Forest Gateau.

There is, I suppose, some sort of logic in filing them all under ‘Big’. If, however, you want to look up the origin of the phrase ‘as bald as a coot’, you will find it not under B for bald or C for coot or S for similes but under ‘A’ for ‘As’, just before ‘as clean as a whistle’ and ‘as high as a kite’.

Dent, of Countdown fame, has introduced brief definitions for up-to-the-minute words and phrases such as Selfie, Brexit, Tweet, Fake News, KFC and Clickbait. She reminds us that Empty Chair has been transformed into a verb: ‘To leave a vacant chair in place of someone who has withdrawn from participation in a debate or public meeting, usually because of a disagreement or dispute’. But there are notable absentees: no eBay or Corbynista, for instance, and that useful contemporary phrase ‘Virtue-signalling’ is nowhere to be seen. Under B for Buff you will find entries for Blind Man’s Buff and In the Buff, but nothing about Buff’s current usage, to mean ‘toned’ or ‘hot’. In fact, ‘hot’, in that particular sense, is also absent, though many other hots – air, dog, pants, potato – are all dealt with.

Alice In Wonderland fan Queen Victoria asked Lewis Carroll to dedicate his next book to her. He did, but it was a dry (and unamusing) maths tome.

The trouble with updates is that they themselves soon need updating. Dent provides a six-line entry under Beckingham Palace, explaining that it is the facetious nickname for the lavish neo-Georgian mansion in Sawbridgeworth, Hertfordshire, acquired by ‘the quasi-royal couple David and Victoria Beckham’; perhaps someone should tell her that they sold it to an insurance tycoon in 2014. Ms Dent also seems to think that the Great Train Robber Ronnie Biggs is ‘currently being held in Belmarsh Prison’, which is odd, as he died five years ago.

Her forays into pop music are similarly patchy. The Beatles only merit 11 lines, compared to 13 for JR Hartley. Marc Bolan is wrongly spelled Mark Bolan. Madonna is given only eight words (under Pseudonyms), two of which are wrong: her surname is Ciccone, not Ciccione, and her real first name is not Mary but Madonna, which means she shouldn’t really be listed under ‘Pseudonyms’ at all. On the other hand, the glorious but pretty obscure Bonzo Dog Doo-Dah Band is miraculously accorded its own entry – more than can be said for either Dylan, Elvis or The Rolling Stones. It’s good to know, though, that the producer Apollo C Vermouth, credited on the label with their only top 10 hit, I’m The Urban Spaceman, was in fact Paul McCartney.

On the soft-porn front, there is an entry for Emmanuelle but nothing for Fifty Shades Of Grey. Among board games, Trivial Pursuit has an entry, but not the more recent – and infinitely more fun – Jenga. On the other hand, I was interested to learn that in 1994 someone called David Wall sued the inventors of Trivial Pursuit, saying they had stolen the idea from him, after he had mentioned it while hitching a lift with one of them in 1979. ‘After years of wrangling, the court ruled against Wall in 2007,’ concludes the entry.

Cluedo, too, has its own entry. Where else would you learn the true ages of the suspects? Professor Plum, we learn, is 38, and Reverend Green only 48. But then which of us would not look prematurely old after being accused of murder on a daily basis?

Private Eye has a good long entry, which is as it should be, but the redoubtable Viz is for some reason entirely ignored. The late President GHW Bush pops up twice, with the same quote. The entry for The Waltons includes, ‘In 1992, US President George Bush commented, “We’re going to keep trying to strengthen the American family, to make them more like the Waltons and less like the Simpsons”, and he is quoted using just the same words in the entry on The Simpsons. Sadly, the Simpsons’ entry fails to include my favourite joke of theirs – a sign on a pet shop window that says, ‘All our pets are flushable’.

Of course, one of the pleasures of reviewing any book of this sort lies in pointing out mistakes. But the peculiar joys of Brewer’s vastly outnumber its shortcomings. After all, in what other reference book in the world would you ever find the Dalai Lama, the Daleks and Arthur Daley all rubbing shoulders on the same page?