CRAIG BROWN: Earth to Jeff Bezos – what planet are you on?

Amazon supremo Jeff Bezos, reputedly the world’s richest man, has plans to build giant space colonies, populated by up to a trillion people.

These space communities will, he told a conference in New York, ‘be zoned residential and light industry. We’ll have universities here and so on, but we won’t do heavy industry.’

Artists’ sketches make them look a bit like Milton Keynes, but without the handy train connections.

Amazon’s Jeff Bezos, reputedly the world’s richest man, has plans to build giant space colonies, populated by up to a trillion people

‘Think how incredible and dynamic that civilisation will be,’ enthuses Bezos. Killjoys who think it could be a bit on the dull side are probably best advised to keep their suspicions to themselves.

One of the characteristics of these new-age billionaires is quite how fidgety they are. Wherever they are, whatever they are doing, they would prefer to be somewhere else, doing something else — preferably masterminding ‘communities’ in the solar system.

Elon Musk imagines a manned mission to Mars; Richard Branson imagines passengers paying to fly off in a Virgin rocket; and now Jeff Bezos imagines a gated community in space.

Because they are all so absurdly wealthy, the rest of us think that they must know something we don’t. But I wonder. All the evidence suggests that even the cleverest men are utterly useless at predicting the future.

At times like these, I return to my much-thumbed copy of The Book Of Predictions, which was published in 1981. Experts from a wide variety of fields had been asked to predict what would happen over the next few decades. Nearly 40 years on, we are able to judge for ourselves whether or not their space predictions came true.

The science-fiction writer Arthur C. Clarke, who was always considered extremely prescient in matters of space, predicted that a lunar base would be established by 1995, and that by 2005 there would be manned flights to Mars. By 2010, there would be space cities, and a year from now, in 2020, there would be a base on Mars.

Bezos might well argue that Clarke was just an imaginative writer, therefore ill-equipped to make accurate predictions. But specialists in space travel made predictions that were just as wide of the mark, perhaps more so. George S. Robinson, ‘Assistant General Counsel of the Smithsonian Institution and an international relations specialist for NASA’, got off to a notably bad start when he predicted that, by 1992, there would be no borders between Canada, the U.S. and Mexico. 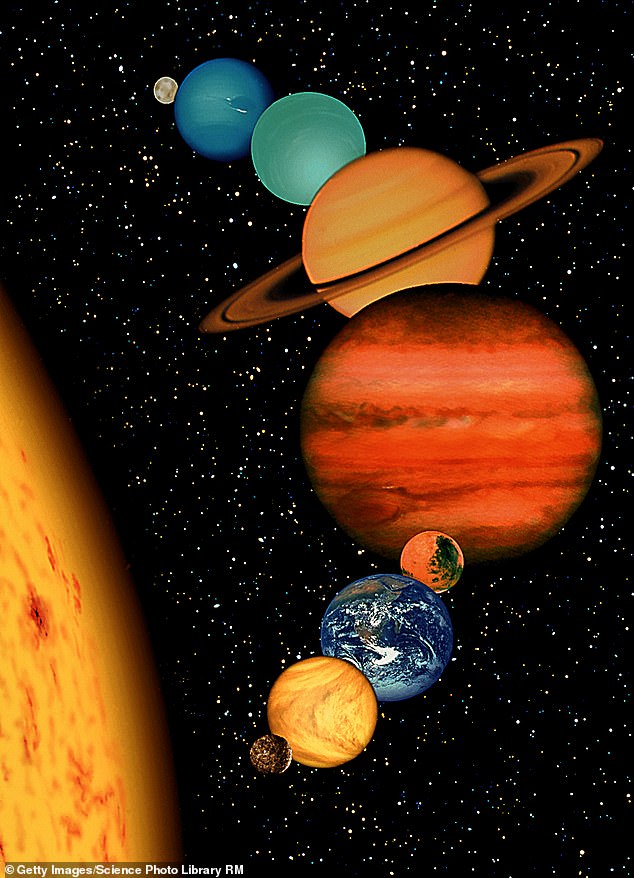 Because they are all so absurdly wealthy, the rest of us think that they must know something we don’t. But I wonder. All the evidence suggests that even the cleverest men are utterly useless at predicting the future

He went on to say that space communities would become so self-sufficient that, in 2030, ‘the first Declaration of Independence by Spacekind from Earthkind will be announced’.

John P. Thomas, director of tourism studies at the Hudson Institute, confidently predicted that by 1992, ‘travelling will be very simple, much less troublesome’, and that international travel would be ‘much more pleasant due to streamlining or elimination of customs procedures’. I wonder if he ever passed the good news on to Mrs May?

By 2000, Mr Thomas predicted a remarkably prompt public transport system, with passengers being propelled electro-magnetically from place to place at speeds of 14,000 miles per hour.

Sadly, current statistics suggest his optimism was misplaced: to take just two examples, trains from Cardiff Central to Bristol Temple Meads currently travel at 30mph, and those from Edinburgh to Perth travel at a modest 25mph, which is 13,975mph short of projections.

Thomas didn’t stop there. ‘Honeymoons on the moon or at space spas may be the in-thing in the early years of the next century, say, 2020,’ he said.

Wonkiest predictor of all was F. M. Esfandiary, a ‘futurist’ from the University of California, who predicted that, by 2000, there would be ‘indefinite life expectancy’ and that death would be ‘mainly accidental but not permanent’. He was later to change his name to FM-2030, in the belief that he would live until 2030, which, sad to say, he didn’t: he died, all too definitely, in 2000.

Meanwhile, Dr James Trefil, Professor of Physics at the University of Virginia, maintained that ‘by 2020, work will begin on the first space colony — a doughnut-shaped ring capable of housing 10,000 people’.

This leaves Jeff Bezos barely ten months to book a decent firm of builders and decorators for his own rather more ambitious space community. But one thing worries me. Where will he find the scaffolders?