As I was reading this transcript of four clever men congratulating one another on their own atheism, the phrase that kept coming into my head came, oddly enough, from the Bible: ‘Vanity of vanities! All is vanity!’

Their discussion took place 12 years ago, in 2007. It was led by Richard Dawkins, on behalf of The Richard Dawkins Foundation for Reason and Science, and was, writes Professor Dawkins, ‘filmed by our resident cinematographers’. Unlike God, he has never been backward in coming forward.

It was, he says, ‘a memorable evening’. First, the four intellectuals were ‘plied with cocktails’, then they had their conversation (‘the two hours seemed to fly by’), and this was followed by ‘a memorable dinner’. 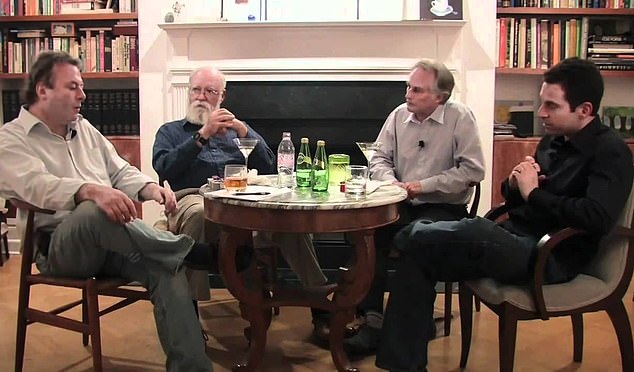 A sizeable part of their conversation is given over to bitching about people who believe in a god, and who, if challenged by the Fearless Four, are prepared to stand up for themselves

The book’s subtitle boldly calls it ‘the discussion that sparked an atheist revolution’. As the book seems to have been commissioned by The Richard Dawkins Foundation for Reason and Science (‘a division of the Center for Inquiry’), we are going to have to take this as an article of faith: the publishers offer no rational explanation for the assertion.

The video of the two-hour discussion has been watched by 2,086,061 people on YouTube: an impressive figure, but does it really amount to a revolution? At the last count, Fenton, the naughty dog that chased deer in Richmond Park back in 2011, had clocked up 19,870,824 views, which makes him nine times more popular than Dawkins and co. Even a talking cat that seems to be saying ‘Oh long, Johnson’ has had more than ten million views, and so far 1,842,794,076 have watched Ed Sheeran singing Perfect. Before he next thinks of declaring a revolution, perhaps Professor Dawkins should look to his laurels. In fact, if I were his manager, I would certainly try to persuade Fenton, Ed Sheeran and the talking cat to sign up for their next high-powered discussion.

The book comes with a suitably reverential foreword by Stephen Fry. In it, he bigs up the ‘Four Horsemen’ of the title in the extravagant terms in which he used to announce the actors on the shortlist for Baftas. They are, he says ‘four people who have thought hard and fought hard (for they have been publicly battered and battled like few intellectuals in our time) without losing their wit, humour and sense of proportion’. Isn’t this putting it a bit strong? In the media/academic circles in which they circulate, it would take much more courage to say ‘I am a Christian’ than ‘I am an atheist’.

The men Fry further characterises as ‘The Fearless Four’ are Dawkins, the late Christopher Hitchens, Daniel Dennett (‘the best-known philosopher alive’, according to Fry), and Sam Harris, a neuroscientist. They are, he adds, all authors of ‘enormously influential books’ with the rather samey titles of The End Of Faith, The God Delusion, Breaking The Spell and God Is Not Great. 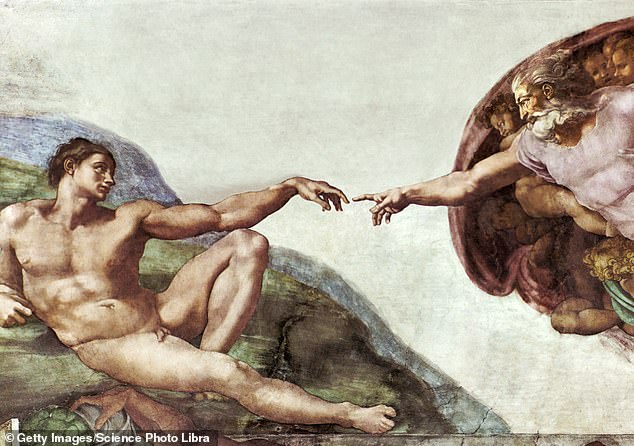 All the way through, the Four Horsemen come back to the aspect of religion that most irritates them: it is irrational and does not stand up to scientific scrutiny. But of course, almost by definition that is its point: it transcends the limits of rationality

Unsurprisingly, throughout their 130-odd page chatathon they agree with each other so much that their discussion has all the hard-hitting fearlessness of four men stroking each other with feather dusters. ‘Absolutely!’ ‘Oh, and how!’ ‘I could not possibly agree with you more!’ And so it goes on. Will the gushing never stop? There are times when one longs for someone like Abu Hamza to pop his head around the door, just to give their agreeable little discussion a bit of a boost.

A sizeable part of their conversation is given over to bitching about people who believe in a god, and who, if challenged by the Fearless Four, are prepared to stand up for themselves. ‘There’s this peevish, and tribal, and ultimately dangerous response to having these ideas challenged,’ complains Harris. Dennett calls them ‘people of breathtaking arrogance’, and Hitchens huffs: ‘We just can’t hope to argue with a mentality of this kind.’

As their talk enters its second hour, Hitchens, who, in the video of the event, is accompanied by a large glass of Scotch and a string of cigarettes, grows more and more extravagant in his abuse of the enemy, and increasingly pompous, too. ‘It’s unconscionable. I don’t really mind being accused of ridiculing or treating with contempt people like that. I just, frankly, have no choice. I have the faculty of humour. I’m not going to repress that for the sake of politeness.’

Their central points are straightforward, and much as one would expect: for them, belief in a god does not stand up to rational scrutiny; religion is a source of much misery, such as wars and terrorism; and without the illusion of a god, mankind could live a fuller, more enriching life. ‘The universe is a grand, beautiful, wonderful place, and it’s petty and parochial and cheapening to believe in jinns and supernatural creators and supernatural interferers’, is the way Professor Dawkins puts it: for all his eloquence and learning, there has always been an element of Nanny Knows Best about him.

All the way through, the Four Horsemen come back to the aspect of religion that most irritates them: it is irrational and does not stand up to scientific scrutiny. But of course, almost by definition that is its point: it transcends the limits of rationality. This means that, from a religious point of view, Dawkins and co are like four deaf men who have convinced themselves that the whole world is soundless.

Even when they acknowledge the limitations of science, they somehow turn it to their own advantage. In his introduction, Dawkins lists four major questions that science is still unable to answer, the last of which is: ‘Why is there something rather than nothing?’ But rather than accepting that this is a flaw in the rationalist argument, he parades it as a strength. ‘The fact that science can’t (yet) answer these questions testifies to science’s humility.’ Oh, yes? He allows no such loop-hole for religion.

Similarly, at one point in the discussion, Daniel Dennett says of believers: ‘I don’t think many of them ever let themselves contemplate the question which I think scientists ask themselves all the time: “What if I’m wrong?” It’s just not part of their repertory.’ At hypocritical moments like these, you wonder if the book might not have been better retitled The Four Black Pots.

In the TV show The Simpsons, only two characters are drawn with hands that have five fingers: God and Jesus.

Over the course of two hours, the four men occasionally run into minor points of disagreement, or at least differences in emphasis: by and large, the two Americans, Harris and Dennett, show more understanding towards believers, while Dawkins and Hitchens are less forgiving. Harris mentions an interesting weakness in how atheism tends to present itself. ‘I think there’s something about the way we, as atheists, merely dismiss the bogus claims of religious people that convinces religious people that there’s something we’re missing. And I think we have to be sensitive to this.’ But this does nothing to deter Hitchens, who is soon even ranting against the Dalai Lama (‘repulsive… he runs a crummy little dictatorship’) and the pacifism of Quakers (‘they’re all equally rotten, false, dishonest, corrupt, humourless and dangerous, in the last analysis’).

Hitchens’s contrarian voice delights in its almost manic overstatement; the other three are, by and large, more measured and nuanced. Every now and then, one of them even makes a concession to the Christian tradition, though they get in a bit of a tangle over the question of whether a world built on rationality could ever have produced a Bach or a Michelangelo or a Chartres Cathedral. They are also unsure as to whether a perfect world would include no religious faith at all. On this point, Hitchens is in two minds. ‘I wish they would stop it, but then I would be left with no one to argue with.’

It’s a book that bounds along quite happily, but adds little to the video available on YouTube, which has the benefit of letting you watch their rather stilted physical interaction, and Hitchens’s fidgetiness. And their discussion is not without its humour, both acknowledged and unacknowledged. A particular highlight for me comes when Professor Dawkins pipes up, out of nowhere: ‘I have not the slightest problem with Christmas trees.’ But does he still believe in Santa? He does not say.