Critics regularly complain that too many modern novels are set in the past. Wolf Hall, The Remains Of The Day, On Chesil Beach, True History Of The Kelly Gang… the list of Booker Prize winners contains many works that are set decades, or even centuries, ago.

Of course, all novels other than science fiction must to some extent be set in the past, as even the nimblest publisher takes six months to transform a dog-eared manuscript into a shiny new book. This means that ‘state-of-the-nation’ novels, which aim for an immediate take on contemporary society, generally give off the slightly musty aroma of last year’s newspapers. So, in a funny sort of way, a novel in which David Cameron is Prime Minister, and Ed Miliband Leader of the Opposition, may seem more out of date than a novel in which King Henry VIII is ruling the roost. 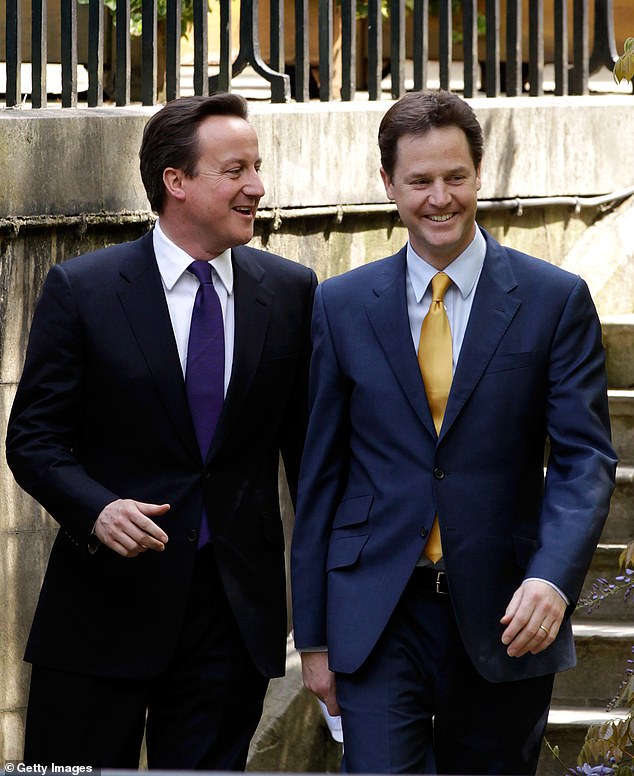 Undeterred by these perils, Jonathan Coe is the keenest and cleverest exponent of state-of-the-nation fiction. Judging by this new novel, he is also the most up-to-the-minute: its final section is dated September 2018, which suggests he must have written it in advance.

Like many readers, I first came across him with the publication of What A Carve Up!, back in 1994. It was a satire on the greed of the Thatcher years, and, unlike so much satire, was zesty, fun, inventive and largely free of sanctimony.

Coe’s greatest success came with The Rotters’ Club, which was published in 2001, but set in the Seventies. I missed it at the time, for some reason, but when I read it last week I was struck by how amazingly fresh and original it was, a pin-sharp portrait of the hopes and failures of adolescent schoolboys set against a backdrop of IRA bombings and industrial disputes. Another, more personal reason why I enjoyed it was that it covered my own particular generation (teenagers in the Seventies), and, with almost spooky accuracy, my own particular tastes: how many other people bought albums by Stackridge?

A few years later, Coe brought the saga up to date by writing The Closed Circle, which followed the same wide-ranging group of characters – the one-time schoolboys now entering middle age – through Millennium Eve right up to the beginning of 2004, when it was published.

And so, 14 years on, we come to Middle England, its title a good deal more portentous than The Rotters’ Club, and its general tone more sombre.

The parental figures from The Rotters’ Club have either died, or are dying, the schoolboys are now facing retirement, and a new generation of teenagers is on the warpath.

Most of Coe’s skills are out in force. Unlike many serious novelists, he is an extraordinarily deft plotter, able to interweave a wide variety of different stories with only occasional over-reliance on coincidence. His prose is simple and unshowy. The book zips along: you think you’ve read 20 pages and find you’ve read 40. And unlike most popular novelists, he tackles big, ambitious themes, in this case, the effect of politics on people’s lives, and political opinions on personal relations. 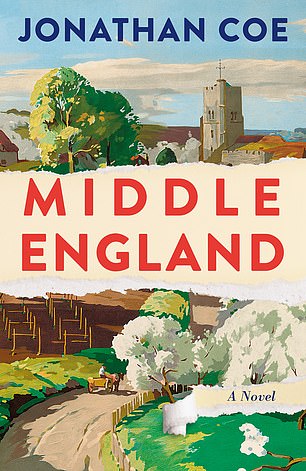 In Middle England, one of the younger characters is contemplating splitting up with her husband. The reason is Brexit

Real news events pepper the narrative. The book opens in April 2010 with the funeral of the mother of Benjamin, the main character in the series. On the drive back, his father turns on the radio to hear the news that, on the election trail, the Prime Minister, Gordon Brown, has called a member of the public a ‘bigoted woman’. As the novel progresses, the contemporary news references multiply: the murder of Joanna Yeates in Bristol, the police raid on Cliff Richard’s house, Ed Miliband’s bacon sandwich, the death of Victoria Wood. Every now and then, they become a pivotal part of the story. In one section, Coe features a number of his characters watching the opening ceremony of the 2012 Olympics in their different homes and chronicles their various reactions.

But it is the prospect of Brexit that hangs over all the proceedings, so much so that it could rightly be described as the novel’s principal topic.

Towards the end of Middle England, one of the younger characters is contemplating splitting up with her husband. The reason is Brexit. ‘A couple might decide to separate for all sorts of reasons: adultery, cruelty, domestic abuse, lack of sex. But a difference of opinion over whether Britain should be a member of the European Union or not? It seemed absurd.’ Yet, after the referendum, ‘for the first time, she genuinely realised that she no longer understood why her husband thought and felt the way that he did. At the same time, she herself had been possessed by the immediate sense, that morning, that a small but important part of her own identity – her modern, layered, multiple identity – had been taken away from her’.

This is an interesting area, and, of course, breathlessly contemporary. I imagine we all know families for whom the great Brexit debate exposed deeper fault lines. So when a marriage counsellor informs Coe’s fictional husband and wife that ‘many of the couples she was seeing at the moment had mentioned Brexit as a key factor in their growing estrangement’, it all seems perfectly plausible.

At the same time, Coe’s treatment of the Brexit debate strikes me as the novel’s main weakness. His own bias is so resolutely and nakedly Remain that it infects his characters, and undermines the necessary illusion that they have thoughts independent of their creator. 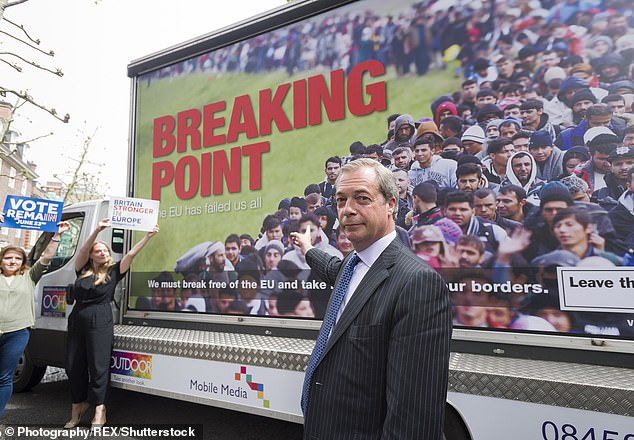 The shambolic hero of the series, Benjamin, is dithering about how to vote when he turns on the BBC News channel and sees Nigel Farage unveiling the Leave campaign’s Breaking Point poster, featuring a long queue of migrants. ‘Benjamin actually shuddered at the crude, unapologetic xenophobia of the image’

As often happens with state-of-the-nation novels, sophisticated themes give way to Toytown impulses: to put it only very slightly too simply, Coe’s goodies are Remainers, and his baddies are Brexiteers. Near the end, the pantomime villain of the whole series, Ronald Culpepper, who wrecked the prospects of a black boy in The Rotters’ Club and has since become rich on South African diamonds, is revealed as a key player in the Brexit campaign. As he drives away, Coe tells us that ‘The rank odour of hatred hung in the air even after the car had disappeared from view’.

Likewise, the shambolic hero of the series, Benjamin, is dithering about how to vote when he turns on the BBC News channel and sees Nigel Farage unveiling the Leave campaign’s Breaking Point poster, featuring a long queue of migrants. ‘Benjamin actually shuddered at the crude, unapologetic xenophobia of the image. It was the ugliest thing he had seen yet in this ugly campaign. As soon as he saw it, he knew that his mind was made up.’

Of all the art forms, the great glory of the novel is its ability to convey the complexity of human beings. On the other hand, it is in the nature of politics, particularly the binary politics of a referendum, to render everything simply in black and white. This is where Coe falls down. He not only fails to resolve the contradictions of the political novel, but reinforces them with stereotypes. 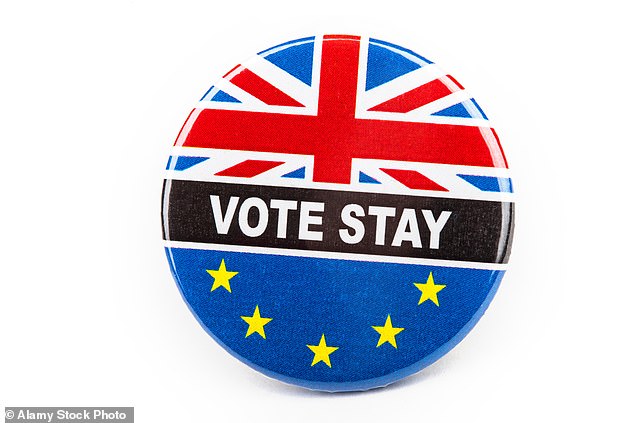 As often happens with state-of-the-nation novels, sophisticated themes give way to Toytown impulses: to put it only very slightly too simply, Coe’s goodies are Remainers, and his baddies are Brexiteers

The least convincing scenes take place between Doug, the rebellious schoolboy who is now a well-to-do middle-aged leftish newspaper commentator, and Nigel, the nauseating son of one of his old schoolmates, who has risen to be the coalition government’s deputy assistant director of communications.

At one point, Doug asks Nigel about any ideological divide between Cameron and Clegg. ‘Well,’ replies Nigel, ‘Dave went to Eton, and Nick went to Westminster. That’s a pretty big difference, I can see that.’ Dialogue like this is too ludicrous to be real, and too obvious to be satirical. All it effectively does is to establish the author’s visceral loathing of the long-gone coalition government.

In 2012 Coe was invited to become a duke of the kingdom of Redonda, a tiny island in the Caribbean. He chose as his title ‘Duke of Prunes’.

Before long, Coe’s characters are corralled into becoming mouthpieces for his own views. Here, for instance, is nice Sophie, walking through her home city: ‘On this sunny day in April, the people of Birmingham – young people, mainly – were going about their lives in happy and peaceful acceptance of precisely that melding of different cultures that [Enoch] Powell’s pinched, ungenerous mind had only been able to imagine leading to violence…’

Fair enough, I suppose, and as a Remain voter I have no real issue with Coe’s politics. But he set out to write a state-of-the-nation novel, and ended up writing an animated Guardian editorial. For a writer of his extraordinary ability, that’s a great shame.