How could you beat this for an opening to a book? ‘Mom and Pop were just a couple of kids when they got married. He was 18, she was 16, and I was three.’

Lady Sings The Blues is the autobiography of Billie Holiday, the jazz/blues singer who possessed a voice like a razor cutting into the heart. She was born in 1915. Her mother was a maid. Her father’s lungs had suffered from poison gas in the First World War, so he was unable to play the trumpet. Instead, he set off to play guitar in a jazz band, and never really came back.

Billie’s mother travelled north to find work, leaving little Billie with her great-grandmother in Baltimore, along with her hateful cousin Ida. Billie had to share a bed with Ida’s two young children, Henry and Elsie. Henry used to wet the bed, and Ida would blame Billie and beat her, ‘not with a strap, not with a spank on the ass, but with her fists or a whip’. Ida was, she says, ‘one of the worst black bitches God ever put on earth’. 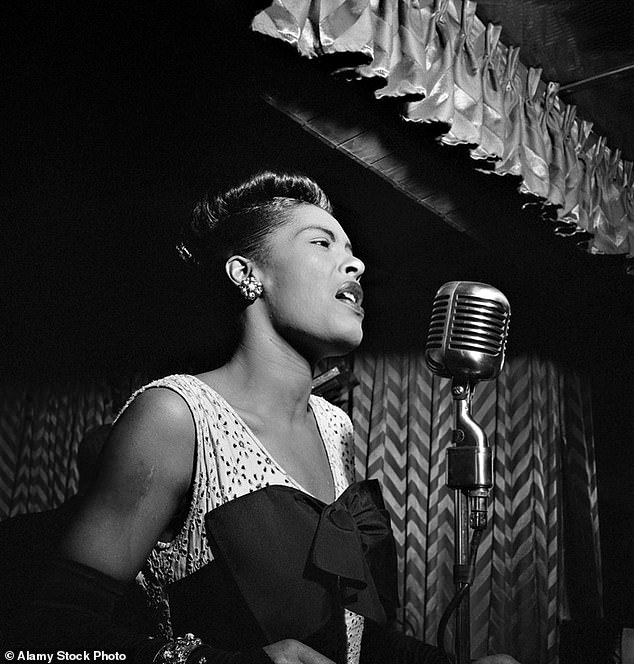 Lady Sings The Blues is the autobiography of Billie Holiday, the jazz/blues singer who possessed a voice like a razor cutting into the heart

In a memoir that seldom pulls its punches, Billie says that Henry ‘even tried to do what we called “that thing” to us while we were sleeping… “Henry,” I’d say to him, “it ain’t so bad with me. I’m only your cousin. But Elsie’s your sister, and besides, she’s sick.” ’

From an early age, Billie was able to give as good as she got. The neighbourhood was full of rats, which she hated. One day, the horrible Henry ‘came up to me holding one of Baltimore’s biggest goddamn rats by the tail, swinging it in my face’. Billie protested, but ‘he kept right on swinging. Finally he hit me in the face with the rat. I took a baseball bat and put him in the Johns Hopkins Hospital’.

For the rest of her short life – she died in 1959, aged 44 – she remained good with her fists. Her memoir is punctuated with fights. In a boxing match at school, ‘a girl hit me on the nose and it just about finished me. I took my gloves off and beat the pants off her’. Some time later, by now a famous singing star, she was taken to court after she had got into an argument with a dressmaker who tried to overcharge her. ‘She called me a name and I got so mad I stuck her head in a toilet bowl and flushed it.’

Another time, in the late Forties, a man in a bar ‘called me that same old thing. I picked up a bottle of beer, smashed it over the bar, and invited him in the street to a duel. There was a mess about that. But I came out on top’.

‘That same old thing’ is, of course, another euphemism for a word still so charged with hatred that even to this day you rarely see it in print. Without particularly meaning to be, Lady Sings The Blues is a damning testament to the racism, both unconscious and overt, to which black people in America have been subjected. When she was one of the most famous singers in the land, Billie Holiday was refused entry to many roadside cafes; even clubs in which she was performing would let her in only by the back door.

Billie’s great-grandmother had been a slave on a plantation in Virginia. In her late 90s, she would tell the young Billie about those days. ‘Mr Charles Fagan, the handsome Irish plantation owner, had his white wife and children in the big house. And he had my great-grandmother out in back. She had 16 children by him, and all of them were dead by then except Grandpop.’

Billie’s own story reads like something out of the darkest pages of Dickens or Hardy. Aged ten, she was sexually assaulted by a 40-year-old man. The police charged the man, and then charged Billie, too. The court placed her in an institution run by nuns. She refused to let their ferocity quell her spirit. As a punishment for a misdemeanour, the nuns once locked her in a room for the night with the corpse of a girl who had just died. ‘I hammered on the door until my hands were bloody.’ The memory of that night was to haunt her for the rest of her life.

After her release from the institution, she was raped by a musician. She was 12. ‘I remember being hurt so, I thought I was going to die.’ Aged 15, she was roped into prostitution. After she refused to have sex with a black mobster, she was arrested on a trumped-up charge by his contacts in the police and locked away again.

When a woman made a pass at her, ‘I made a pass back with a punch’. For this, she was locked up in a cell ‘so tiny there wasn’t room to take one step’. She was put on a daily ration of two pieces of saltpeter bread. ‘I had to do ten days on that diet, but I used to throw it back in their faces.’

On her release, ‘I decided I was through turning tricks as a call girl. But I had also decided I wasn’t going to be anybody’s damn maid’. So she auditioned as a dancer at a nightclub. She turned out to be a ‘pitiful’ dancer, but she begged for a job. At the last minute, the piano player took pity on her: ‘Girl, can you sing?’

‘I said, “Sure I can sing, what good is that?” I had been singing all my life, but I enjoyed it too much to think I could make any real money at it.’

She asked him to play a song called Trav’lin All Alone, because ‘that came closer than anything to the way I felt’. The effect on her audience was instant and deep. By the end, ‘if someone had dropped a pin, it would have sounded like a bomb’. 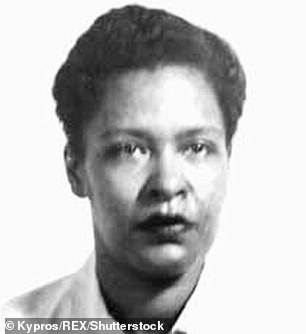 From that day on she was in huge demand. Her voice was at one and the same time world-weary and defiant, bitter and sweet. ‘Young kids always ask me what my style is from and how it evolved and all that. What can I tell them? If you find a tune and it’s got something to do with you, you don’t have to evolve anything. You just feel it, and when you sing it, other people can feel something too.’

Lady Sings The Blues was first published in 1956. Much of it chronicles her long addiction to heroin. In 1947, at the height of her career – earning almost $100,000 a year – she was sent to prison on drug charges for ten months. To the end of her life she remained adamant that addicts should not be sent to prison but to hospital. ‘All you have to do is look at the story of my life. If there’s any moral at all in it, it’s this: if you think dope is for kicks and for thrills, you’re out of your mind… All dope can do for you is kill you – and kill you the long, slow, hard way. And it can kill the people you love right along with you.’

Three years after the publication of her memoir, Billie Holiday was rushed to hospital in New York, with needle marks all over her body. As she lay dying, she was handcuffed and arrested for drug possession. She was left in a corridor for hours on end, as the hospital was not allowed to treat drug addicts.

It’s a sad, sad story, but relieved from bleakness by an underlying zest. No matter what the world throws at her, Billie refuses to submit.

Billie Holiday was the first black woman to work with a white orchestra when she paired with bandleader Artie Shaw in 1938.

It was beautifully ghostwritten by a forgotten writer called William Dufty, who deserves recognition for capturing her voice and letting it sing off the page. Billie’s sentences have that same mix of grit and beauty that makes her music so sublime.

This reissue in Penguin Modern Classics could have done with an introduction offering a bit of background. A recent biography revealed that Billie could veer away from the truth. Sometimes, she overstated; sometimes she understated. Even that famous first sentence was not strictly true: when Billie was born, her mother was 19 and her father 17. And they never married. And some things were clearly too painful to recall, not least the abortion at home her mother forced her to undergo as a teenager.

Before the book was published, lawyers intervened to excise her affairs with Charles Laughton and Tallulah Bankhead. Another affair, with Orson Welles, was skipped over.

But rare is the autobiography that is not compromised by the contradictory demands of life. For all its factual deviations, Lady Sings The Blues remains a masterpiece, as fresh and shocking as if it were written yesterday.