Craig Brown on his favourite books of 2018

Years ago, I used to review restaurants. No one ever asked me if I always ate everything on my plate. But now that I review books, the question I’m most often asked is: ‘Do you finish every book?’

The answer is yes, though it can sometimes be a struggle. I remember wondering if I was ever going to get to the end of David Blunkett’s diaries, which ran to 850 pages. Blunkett seemed to take a fierce pride in avoiding any topic of interest. At one point, he wrote that his former Cabinet colleague Charles Clarke had been ‘outspoken about his time in the Home Office, and it was certainly illuminating to hear what he had to say’. But he stopped there, keeping tight-lipped about what Clarke had actually said. Discretion may be the better part of valour, but it is the worst part of a memoir.

Andrew Morton brought out an instant biography of Meghan Markle (Meghan: A Hollywood Princess, Michael O’Mara £20), whom he breathlessly described as the ‘first bi-racial divorcée ever to marry a member of the British Royal Family’

Reading Margaret Drabble’s memoirs, I came across this sentence. It crossed my mind that it might be the most boring ever written: ‘I maintain (though she queried this) that it was I who usefully introduced my aunt to scampi and chips, at an excellent but now defunct hostelry overlooking the Bristol Channel at Linton.’

But a few pages later, Drabble took to describing a game she and her dull aunt used to play together in the car.

‘Auntie Phyl and I collected car numbers on car number plates. This was the game: you had to begin at the beginning, with a single 1, and then note a single 2, and then a single 3, and so on, in strict sequence… We used to report on progress during our weekly Sunday-morning telephone conversations… It gave us something to talk about. I think I went through two or three rounds of this game, giving up each time round about 294 or 295. I don’t think I have ever reached 300.’

So there is often a temptation to skip. Is there any real need for a critic to read every word? ‘I never read a book before reviewing it,’ claimed the Rev Sydney Smith. ‘It prejudices a man so.’ The late Auberon Waugh once told me he read only the right-hand pages of any book he was reviewing. There was probably much to be said for this method: you can certainly get the measure of any author’s style and intelligence by studying a single page at random. But personally, I prefer the more dogged approach favoured by the critic Cyril Connolly. ‘I stay very close to the text – no soaring eagle but a low-slung basset who hunts by scent and keeps his nose to the ground.’

The popular view of book critics is that, compared to ordinary readers, we are spiteful, crotchety misanthropes, hell-bent on putting the boot in. Yet the opposite is, in my experience, more often the case: you only have to browse in a book shop to see that virtually every third-rate novel is called ‘a triumph’ and every dreary biography ‘masterly’. Most critics, myself included, are too kind rather than too mean, perhaps because most of us write books too, so have too much sympathy for our fellow authors.

Meanwhile, the internet is awash with infinitely nastier comments from ordinary readers. Whenever I feel like a short, sharp shock, I press the button on amazon.co.uk that takes me to the one-star reviews of my book, Ma’am Darling, from ordinary readers: ‘Utter rubbish’, ‘Don’t waste your money’, ‘Complete disappointment’, and so forth. Perversely, my first reaction is to wonder if they might just have a point. There’s no reason to suppose they are not being honest, and who is to say they are wrong? Different people look for different things in a book. For instance, in 1928 the reviewer in the magazine Field And Stream had a mixed reaction to Lady Chatterley’s Lover. He loved its passages on pheasant-raising and vermin control but criticised the ‘many pages of extraneous material’ and concluded that ‘in this reviewer’s opinion, this book cannot take the place of J R Miller’s Practical Gamekeeping’. 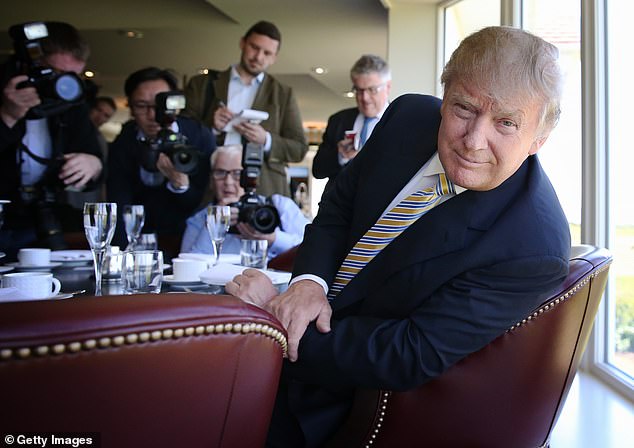 Michael Wolff’s exposé Fire And Fury was a bit of a mish-mash, portraying the tantrummy Trump as Toddler-in-Chief, but offering little hard evidence to back it all up

All a reviewer can do is to explain what a book is trying to achieve and, in the most honest and entertaining way possible, to say if it has succeeded in its purpose. I have a nice lot of space, so I am allowed to make my reviews more than just a potted summary: this means I can follow peculiar trains of thought, crack jokes, deal at some length with wise or wrong-headed assertions, and generally go off-piste.

About 200,000 new titles are published in the UK every year. Which to write about? By and large, I try to review books I think I will enjoy, either because I trust the author, or because I am interested in the subject. Sometimes, a book is so newsworthy it thrusts itself forward: this year, Michael Wolff’s exposé Fire And Fury: Inside The Trump White House (Little, Brown £20) fell into that category. Was it all it was cracked up to be? Like many of these overnight sensations, it was a bit of a mish-mash, portraying the tantrummy Trump as Toddler-in-Chief, but offering little hard evidence to back it all up.

Books about Trump are fast becoming more numerous than books about Hitler, birds, King Henry VIII or baking. They tend to have panicky titles like Everything Trump Touches Dies, Unhinged, Trumpocracy: The Corruption Of The American Republic and The Plot To Destroy Democracy. Some are by experienced journalists like Bob Woodward, others by aggrieved men and women Trump has sacked, or, in Stormy Daniels’s case, taken to the sack. Here in Britain, where Trump supporters are thin on the ground, publishers have mercifully spared us the avalanche of pro-Trump books that are currently clogging up bookstands in the US, with their bullish titles like Liars, Leakers And Liberals: The Case Against The Anti-Trump Conspiracy and Resistance Is Futile! – How The Trump-Hating Left Lost Its Collective Mind.

There is also a craze for Olympian history books, of whom the principal exponent is Yuval Noah Harari. His first book, Sapiens, was subtitled A Brief History Of Humankind and his second, Homo Deus, had the even more ambitious subtitle A Brief History Of Tomorrow. This year he published 21 Lessons For The 21st Century (Jonathan Cape £18.99). I had somehow missed his first two books, so was interested to read this new one. It turned out to be a tired medley of alarmist generalisations and soppy banalities. Small wonder that its sales figures have failed to match its predecessors.

Most of the time I am guided by my own curiosity. Over the years I have reviewed far too many books about the Nazis and Victorian murderers, so I have been taking a breather from them. But for some obscure reason I am still intrigued by the Duchess of Windsor, who seems to merit a couple of new biographies every year. In 2018 Andrew Morton, who made his fortune from Princess Diana, moved on to the Duchess of Windsor. Wallis In Love (Michael O’Mara £20) claimed to be ‘The Untold Story’ but it turned out to be the same old story we’ve heard countless times before. Its ‘revelation’ was that a hanger-on called Herman Rogers was ‘the only man she ever truly loved’. Oh, yes? Morton’s source was third-hand. His story came from Rogers’ stepdaughter, who had heard it from her mother, his second wife, who is widely recognised as nutty as a fruitcake.

Ever the busy bee, three months later, Morton brought out an instant biography of Meghan Markle (Meghan: A Hollywood Princess, Michael O’Mara £20), whom he breathlessly described as the ‘first bi-racial divorcée ever to marry a member of the British Royal Family’. No doubt there will be many more Meghan biographies to follow, though I suspect the fickle publishing world will be turning a blind eye to Pippa Middleton. 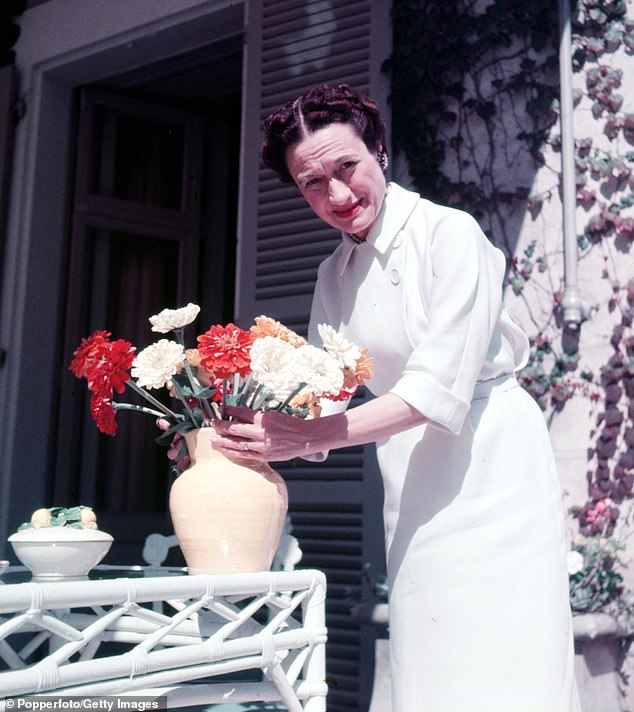 Not all royal books are duds. One of the most richly enjoyable books this year was The Quest For Queen Mary (Zuleika £25), by James Pope-Hennessy, the sharp and witty notebooks of Queen Mary’s authorised biographer, made public after 60 years or more. It’s full of brilliantly funny and observant pen-portraits. For instance, he finds Princess Pauline ‘one of the strangest figures I have ever contemplated. She is enormously fat, with a huge red face like an old baby, one tooth in her top jaw, which she kept coyly covering with a hand, clipped white hair like cotton wool (shaven at the neck like a general) and an expression of delighted benevolence; jammed against her table she looked like a greedy child on a high chair. Her wrists are colossal, the folds of her chin numerous, her eyes behind horn-rimmed spectacles very bright and amused.’

Other highlights were a huge but always lively biography of Oscar Wilde, Oscar: A Life (Apollo £25), by Matthew Sturgis, a devastating history of the Vietnam war by Max Hastings (Vietnam: An Epic Tragedy, 1945-1975, William Collins £30), and Red Thread by Charlotte Higgins (Jonathan Cape £25), an examination of labyrinths and mazes that managed to be both playful and fiercely intelligent. Among the new novels I read, two favourite writers were on good – if not quite best – form: Meg Wolitzer with The Female Persuasion (Chatto & Windus £14.99) and the blessed Anne Tyler with Clock Dance (Chatto & Windus £18.99).

Away from reviewing, I like to take a break from the contemporary. Otherwise it’s too easy to get trapped in the here and now, which is the literary equivalent of going for a walk wearing blinkers, or never turning back to look at the view. This year my purest reading pleasure came from The Towers Of Trebizond by Rose Macaulay, first published in 1956. It’s a revelation – a novel that’s in equal parts funny and melancholy, sexy and spiritual, whimsical and profound. If there’s a novel with a more engaging narrative voice, I’ve yet to read it.