From the very first page of any novel by Meg Wolitzer, you feel in safe hands. She is skilful and confident; she knows what she is doing.

Apart from anything else, she is exceptionally gifted in the neglected craft of plotting.

‘We want incident, interest, action,’ demanded that great storyteller Robert Louis Stevenson, and Wolitzer supplies all three in abundance. You always want to know what’s going to happen next. Stevenson ended his dictum by adding ‘to the devil with your philosophy’. This is where Wolitzer might part company with him: though she doesn’t make a song-and-dance about it, she is happy to let her characters – often young people searching for meaning in their lives – philosophise. 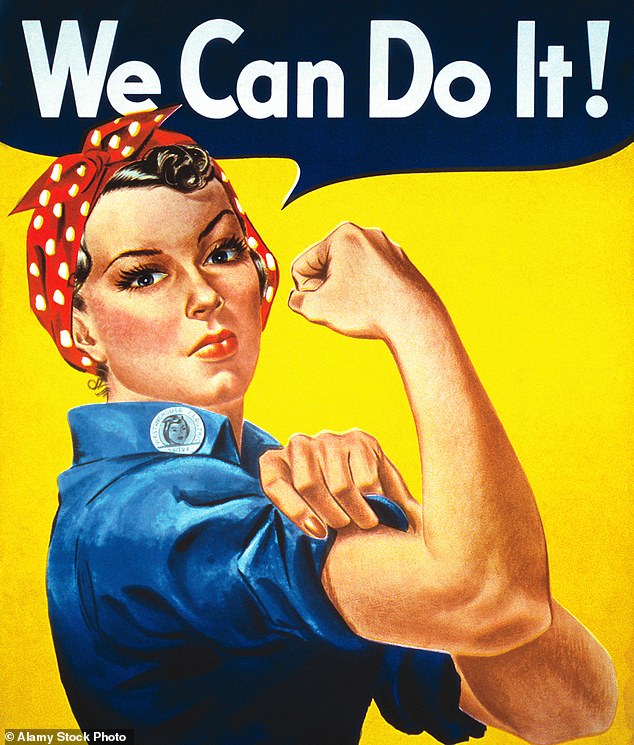 The first book of hers I ever read was The Position, which is about four children who find out that their well-to-do parents were the co-authors of, and models for, a famous Sixties sex manual. Wolitzer explores the impact of this curious revelation on the children’s subsequent lives. It is both tragic and comic, but with no sudden jolts: like a modern-day Edith Wharton, she has an instinctive understanding that tragedy and comedy are different sides of the same coin.

In a number of her novels, she charts the way her characters change over a long period of time – ten or 20 years – and how their hopes and ambitions are buffeted by the twists and turns of providence.

The Interestings begins with a shy 15-year-old New Yorker called Julie sitting in a hot teepee at an arty summer camp, desperately trying to fit in with her fellow students. ‘Here she was now, planted in the corner of this unfamiliar, ironic world. Irony was new to her and tasted oddly good, like a previously unavailable summer fruit. Soon, she and the rest of them would be ironic much of the time, unable to answer an innocent question without giving their words a snide little adjustment. Fairly soon after that, the snideness would soften, the irony would be mixed in with seriousness, and the years would shorten and fly. Then it wouldn’t be long before they all found themselves shocked and sad to be fully grown into their thicker, finalised adult selves, with almost no chance for reinvention.’

In the presence of such a nimble, beady intelligence, how could you not read on?

Wolitzer tends to write about women, though by no means exclusively. Her new novel, The Female Persuasion, is, broadly speaking, about two different generations of feminists, and has been acclaimed in America as a great feminist novel, but one of its most sympathetic characters is a man. Cory Pinto, the son of Portuguese immigrants, seems to have it all: tall and good-looking, from a happy family, he has completed his scholarship to Princeton and has landed a well-paid job. But then, from out of nowhere, tragedy strikes when his beloved little brother is killed in a household accident. Recrimination follows, and his parents split up, his mother becoming a recluse. Cory throws in his job to look after her. Wolitzer presents a singular study in grief that might easily have made a novel in itself, but here is just a vital part of a larger whole. 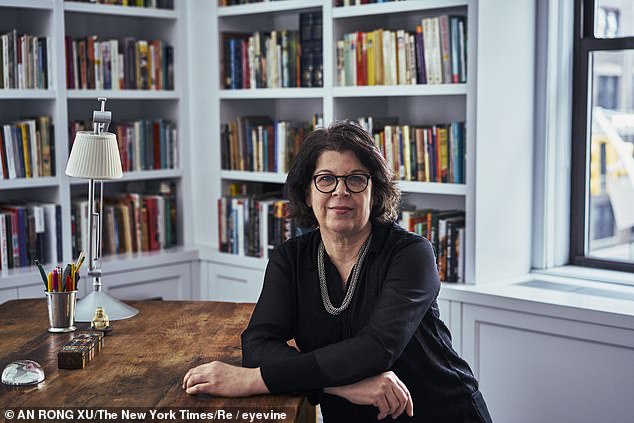 Cory’s girlfriend, Greer, is the central figure in The Female Persuasion. The first chapter finds her seven weeks into her first, lonely term at a mediocre college in Connecticut. ‘Much of that time… had been spent absorbed in her own unhappiness, practically curating it.’ There’s a lovely sharp wit to that phrase, ‘practically curating it’, yet Wolitzer is also able to go deeper: on the following page, Greer passes a group of lost souls in the lounge of their student accommodation after everyone else has left for a party. Among them is a boy from Iran sitting with a computer on his lap. ‘She was startled to realise that he was merely looking at his screen saver, which was a picture of his parents and sister, all of them smiling at him from far away. The family image swept across the computer screen and gently bounced against one side, before slowly heading back.’

The homesick Iranian boy doesn’t reappear over the course of the book, but the image of him and his laptop stays with us. Wolitzer has an extraordinary talent for creating these compressed snapshots of other people’s lives.

Early on, Greer is approached at a party by a bullish fellow student called Darren Tinzler. After the briefest interchange, ‘he reached out in a proprietary way and rubbed the collar of her shirt between his fingers, and she was startled and didn’t know what to do, because this wasn’t right. His other hand ran experimentally up her shirt, and Greer stood in shocked suspension for a moment as he found the convexity of her breast and encircled it, all the while looking her in the eye, not blinking, just looking.

‘She jerked back from him and said, “What are you doing?” ’

Greer tells him to let go. First, he doesn’t, then he pushes her away aggressively, as though it were she who was the trouble-maker: ‘Get over yourself. You’re not that hot.’ From this grim encounter, recognisable, I’d guess, to most women, the novel unfolds. Tinzler, it emerges, is a serial aggressor. A group of students report him to the university authorities. A disciplinary committee allows him to remain on the campus, on condition he goes to counselling with an impulse-control therapist. Refusing to accept this verdict, Greer and her militant friend Zee print Tinzler’s face on T-shirts, along with the slogan ‘UNWANTED’. They stand on the campus, giving them away, ‘but in the end’ writes Wolitzer, ‘they gave away only five’.

Greer’s anger continues to simmer. At the end of a talk by an Eighties women’s movement veteran called Faith Frank, she puts her hand up and, falteringly, asks for advice. Something about Greer appeals to Faith, who hands her a business card. After graduating, Greer goes to work for Faith’s swanky new venture, a lecture-based feminist foundation, underwritten by a venture capitalist. But Faith’s cosy radicalism – ‘Frustration and rage at the injustice that women experienced all over America and the world lived side by side with bake-sale optimism about everything that could be done to wipe it out’ – has been supplanted by a new, angrier generation of feminist activists. Will Greer’s hero-worship of her stand up to scrutiny?

Against this backdrop, all sorts of stories are played out – stories about friendship and disloyalty, philanthropy and self-interest, and the conflict between our outer and inner lives. Occasionally, I worried it was becoming too earnest and sentimental. ‘Everyone here knew that shriek, which signalled the happiness of women spending time together,’ reads one sentence that I found a little sickly, though diehard Wolitzerians might sigh at such a reaction, and write it off as typically male. But, more often than not, characters and events that at first strike one as too goody-goody – Faith Frank’s relentless charm and integrity, for instance – are later overturned. 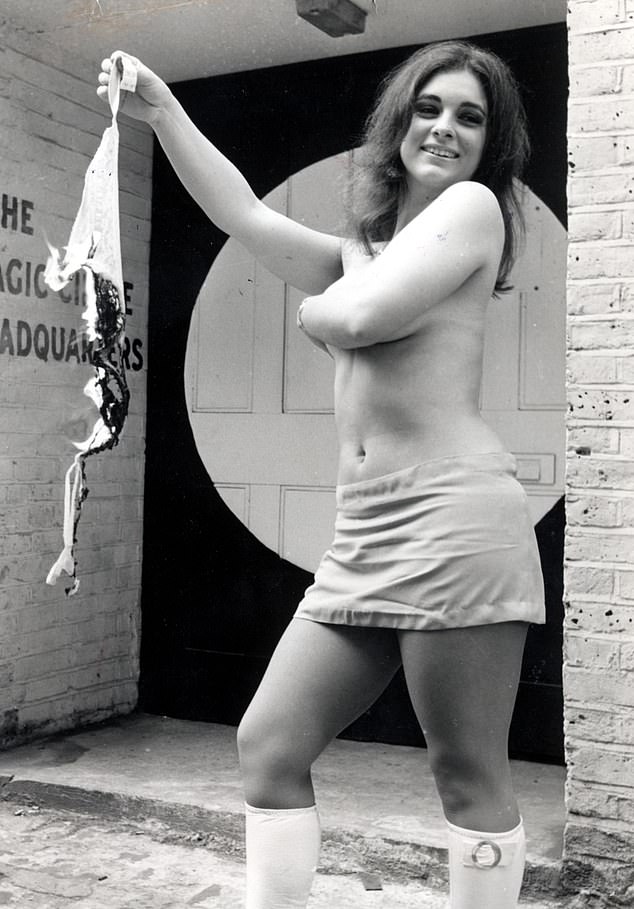 ‘Surpassed by the present that it aims to depict,’ wrote a critic in The New Yorker. But Wolitzer is much broader and more subtle than this allows

Some reviewers in America have argued that the portrait of contemporary feminism in The Female Persuasion has already been rendered out of date by the stories of Harvey Weinstein and the #MeToo movement.

‘Surpassed by the present that it aims to depict, the novel feels amiable and mild by comparison,’ wrote a critic in The New Yorker. But Wolitzer is much broader and more subtle than this allows. And funnier, too: she is particularly sharp on the human damage wrought by the personal computer. In an earlier novel she describes Twitter trolls as ‘termites with microphones’. In this one she notes that the sound of typing in an office has ‘a rusticated, babbling-brook quality to it, the way so many elements of technology did, as if to trick people into believing that they hadn’t actually given up everything they’d ever loved about the natural world in exchange for the meagre glow of a backlit screen’. How could you fail to love such a writer?