Late In The Day

Twenty or 30 years ago, there was a genre of literature referred to, generally with a sneer, as ‘the Hampstead novel’.

Even if it wasn’t always set in that particular area of north London – famous for its analysts and its champagne socialists – the Hampstead novel tended to involve, as Professor John Sutherland put it, ‘middle-class orgasms, delicatessen food and high thought’.

The characters – lecturers and actors and gallery owners, as well as a disproportionately high number of novelists – tended to argue over avocado and prawns about the meaning of life and art. They would then sneak off to pursue an affair, generally with their spouse’s best friend, and this would set them up nicely for eight paragraphs of angsty self-recrimination in the next chapter. Malcolm Bradbury once began a parody of this sort of book with the words ‘Flavia says that Hugo tells her that Augustina is in love with Fred’. 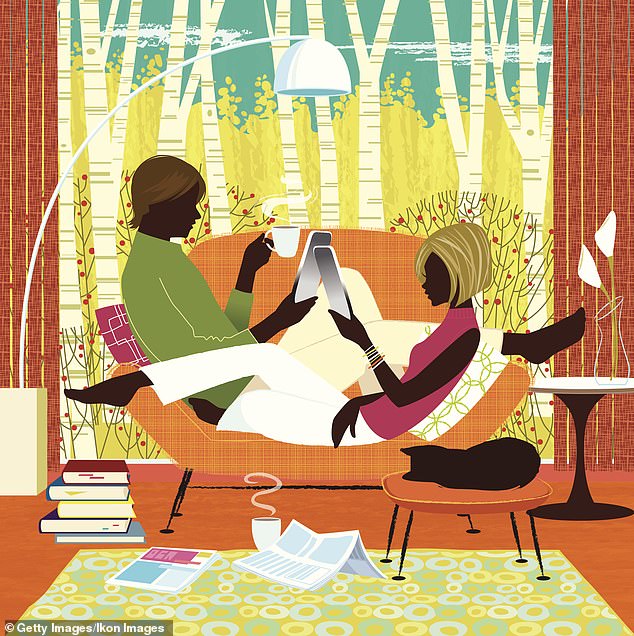 After a while, this type of fiction went into decline, to be succeeded by something more fashionable – remember magic realism? – which would in turn go out of fashion, making way for Scandi-noir, or dystopian novels, or novels about earthy folk in the British countryside, battling against the elements.

Late In The Day is not, strictly speaking, set in Hampstead, but in and around Clerkenwell, an area of London that nowadays has the trendy, arty, cutting-edge aura that Hampstead once did. Its principle characters include a gallery owner, a poet-turned-teacher and a painter, giving rise to the odd breathless sentence such as: ‘Hannah from the gallery was with them that evening too, and Zachary’s younger brother Max, and Nathan Kearney, Zachary and Alex’s old friend from university days.’

These characters all read books, look at pictures and discuss films, in a way that sometimes seems designed to make the less rarefied reader flinch. ‘I’ve loved other Tarkovsky,’ interjects the lead character at one point, ‘but isn’t it a cliché, because the man is pursuing meaning and art and truth, and the woman only wants love and happiness?’

Nevertheless, reading Tessa Hadley’s new book made me nostalgic for the Hampstead novel, particularly for its interest in conveying the inner and outer lives of intelligent, articulate characters.

Though she confines herself to a small canvas of a handful of people, Hadley examines profound areas of life – friendship, marriage, parenthood, grief, love – with a delightful precision, hitting different nails on the head over and over again. Towards the end, one of her characters reflects: ‘You could not have everything: the whole of life amounted to that. Whatever you had, was instead of something else.’ Her novel is full of these piercing little moments of revelation.

It begins with a sudden death. Zachary, the ebullient gallery owner, has a fatal heart attack. In many ways, the novel is an examination of the impact of death on the living – in this case, on Zachary’s wife Lydia, and their two oldest friends, Alex and Christine. Hadley is wonderfully sharp on the brain’s refusal to countenance the death of a close friend. ‘It’s impossible. When I saw him at the weekend he was fine.’ How many of us have said this sort of thing at these most painful of times?

The friends assemble. Lydia’s shock gives way to fear of forgetting. ‘I’m forgetting him already. Something else is taking his place: the whole idea of his death, which is so improbable. He wasn’t the dying type. Death is crowding out the real sensations of what he was.’

Someone must tell the daughter, Grace. Alex agrees to drive up to Scotland, where she is at university. He arrives there in the early morning, and, after knocking on various doors, finally discovers where she has been spending the night. Hadley has a keen, witty eye, just this side of malice, for incidental settings like student houses, the morning after the night before.

‘She was asleep on a mattress on the floor in a little cramped room, with the duvet pulled over her head; the thick mop of her black curls gave her away. She and her boyfriend from the night before were sleeping without touching, backs turned to each other, the boy’s back raw with acne. The room stank oppressively of their bodies and of cigarette smoke and sex. A thick curtain was pulled across the closed window… Who is this? the boy said, putting a hand out to Grace supportively, so that Alex saw he wasn’t important. He was clearly a mistake, with his whiskery gingery beard, blundering out of his depth.’

Though it is a comparatively short novel, a chamber piece set in two or three locations, and revolving around just four central characters, Late In The Day is far more ambitious than many more self-consciously panoramic works. Successive chapters go back and forth in time, so that, by the end, one has become familiar with these four friends through schooldays, courtship, parenthood and middle age.

The characters are often affected by music, and there is a musical quality, too, to Hadley’s portrait of lives changing as the years pass, personalities altering and relationships mutating: it is, if you will, a dance to the music of time.

Lesser novelists depict characters that are drawn so firmly as to be immutable, but Hadley’s characters change with circumstances. An abandoned wife, for instance, is wrenched with misery, but then, only a short while after, recognises, with a jolt, that the pain has eased. ‘The cruel truth was, Christine thought, that when she got past the pain and humiliation of their parting, she had no more use for Alex. The pain was a phantom, crying out in longing for something that was no longer part of her.’

Years ago, I read a novel by Iris Murdoch, called A Severed Head, which is, I suppose, an early example of the Hampstead novel. It follows a group of people over a number of years, all of whom, by the end, have had an affair with each other. I’d guess that Hadley has read it, because her plot works along similar lines. But whereas in the end A Severed Head seems farcical, even ludicrous, Late In The Day remains firmly grounded in the limitations and possibilities of real life. If you like, the characters remain consistent in their inconsistency. At no point did I ever find myself exclaiming: ‘But that would never have happened!’

The village of Hampstead has more millionaires within its boundaries than any other area of the United Kingdom.

This is partly to do with the crispness of Hadley’s narrative, and the wisdom of her observations: you trust her. It is also buoyed up by an occasional comic waspishness, which stops her from slipping into the airy-fairy. Of the ageing of a minor, unpleasant character, she writes: ‘She was still slight and energetic, but it was difficult to recognise the gypsy looks of the young Juliet behind the doctor with her stony features and pragmatic short haircut, her repertoire of exasperated expressions, through fraught to grimly resentful.’

By the end, I was completely won over. My only irritation – very minor – lies in Hadley’s use of the dash instead of the inverted comma. In an interview, she once said that she sees the inverted comma as a corset, and I can see its limitations. But her chosen substitute – the dash – can be more muddling, particularly as it’s easily confused with the conventional dash, which she also employs.

But this is only a quibble. Even if Late In The Day could be seen as a revival of the Hampstead novel, it has none of its self-satisfaction, or its so-what-ish-ness. Instead, it shows a small group of people struggling with grief, and passion, and the passing of time, and it does so with a touch of genius.