The autobiographies of Bill Clinton and Hillary Clinton are, like most political memoirs, stodgy, guarded and self-justifying.

In My Life (2004), Bill has this to say of his first sighting of the young Hillary, when they were both students at Yale Law School: ‘She had thick dark blonde hair and wore eyeglasses and no make-up, but she conveyed a sense of strength and self-possession I had rarely seen in anyone, man or woman.’ 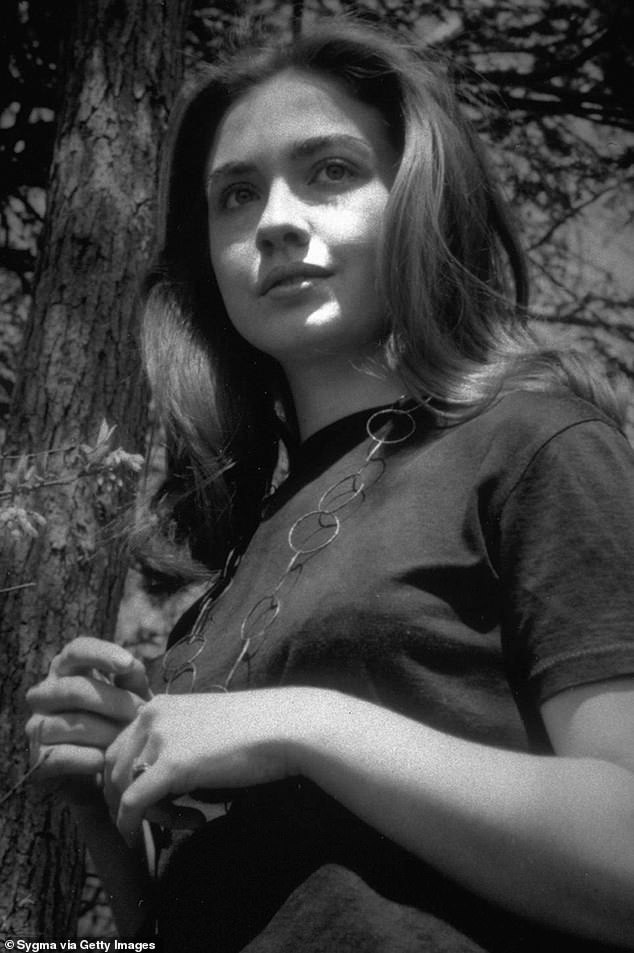 Hillary Rodham in 1969 at Wellesley College, Massachusetts. The autobiographies of Bill Clinton and Hillary Clinton are, like most political memoirs, stodgy, guarded and self-justifying

To my mind, the most revealing word in that sentence is ‘but’.

In Living History (2003), Hillary writes rather more swooningly of her first sight of Bill: ‘He… looked more like a Viking than a Rhodes scholar… He was tall and handsome somewhere beneath that reddish brown beard and curly mane of hair… To this day, he can astonish me with the connections he weaves between ideas and words.’

Over the years, many have speculated about the exact nature of their relationship, but none with quite such abandon as Curtis Sittenfeld. In her new novel, Bill neglects to praise Hillary for her strength and self-possession; instead, he comes right out with it. ‘I don’t know if I’m supposed to say this during the women’s movement,’ he says, when they are in bed together, ‘but you have great t***.’

As you can see, fiction allows the reader to venture into areas where angels and autobiographers fear to tread. Letting her characters off the leash of verifiable fact, Sittenfeld lets them do whatever they want; or rather, whatever she wants.

In one memorable scene, Bill plays his saxophone stark naked in front of Hillary. ‘I was offered an unobscured view of his pale buttocks as he bent, opened the case, and pulled out the golden instrument.’ In another, Hillary is brought to orgasm by Bill as he drives along the highway. ‘Oh, baby. Bill. Bill. Baby, I love you so much.’

Political writing has never been so unabashed. Will a British publisher now commission a novelist to perform the same magic for Theresa May and her husband Philip?

Later in the Clinton/Rodham courtship, when things get sticky, Sittenfeld’s Hillary attacks Bill for having it off with other girls. ‘You have no right to act like I’m paranoid when you’re the one who betrayed me. I move to f****** Fayetteville for you, and you can’t even keep your pants zipped.’

To which Bill replies, with equal vehemence: ‘You know what you are?… You’re a smug bitch who drives people away because you think you’re smarter than everyone else. Of course you don’t find it hard to be faithful when you don’t have other options.’

Spicy food fan Hillary Clinton always carries in her handbag some chilli flakes and a bottle of Tabasco sauce, to pep up her meals.

Before long, Hillary has to decide whether to marry the philandering Bill or to leave him and forge a life of her own. Of course, in real life, Hillary accepted Bill’s offer of marriage, and, according to her, decades later, and after two terms in the White House, they remain happy. ‘He is still the most interesting, energising and fully alive person I have ever met.’

But Sittenfeld presents an alternative reality. ‘The margin between staying and leaving was so thin. Really, it could have gone either way.’ At the crucial moment, the 22-year-old Hillary decides to leave.

The story then leaps 16 years. Bill is now the Governor of Arkansas, married to someone else, and with two children. Hillary, on the other hand, is an unmarried law professor. When she sees the Clintons on television, she wonders to herself: ‘If I’d married Bill, would I now be Hillary Clinton? Hillary Rodham Clinton? Would I be the mother of a 15-year-old boy and a 12-year-old girl?’

This, then, is alternate history, based around the ever-intriguing question: ‘What if?’ 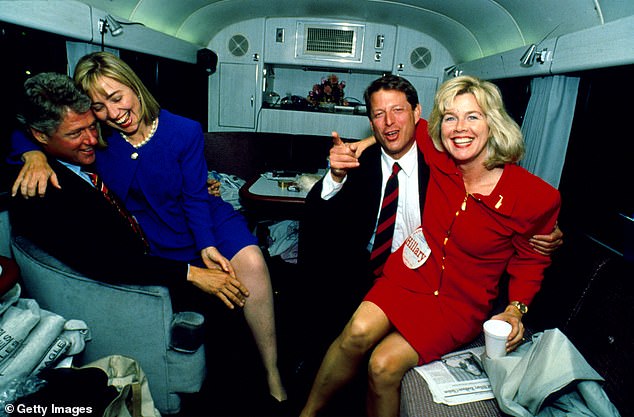 As it says on the cover, ‘What if Hillary hadn’t married Bill?’ Up to now, most political commentators have assumed that if Hillary hadn’t been married to Bill, she would never have been in a position to stand for the presidency. In Rodham, Sittenfeld suggests the opposite: free of Bill, and unencumbered by eight years acting the part of First Lady, Hillary would have had more time to pursue her own political career, and with greater success. And, as for Bill, without Hillary to support him, he would have foundered at the first fence of sexual scandal, and his bid for the presidency would have been doomed.

A key scene finds Bill in the run-up to the presidential election cross-questioned on television about his 12-year relationship with a cabaret singer. Everything is as it was in real life, but Hillary is not there to leap to his defence with her famous response: ‘You know, I’m not sitting here, some little woman standing by my man like Tammy Wynette. I’m sitting here because I love him and I respect him and I honour what he’s been through and what we’ve been through together. And you know, if that’s not enough for people, then heck, don’t vote for him.’

Now, Bill is married to someone infinitely less forceful, a wimpish teacher called Sarah Grace, and Hillary is far away, watching the scene on television with a friend. Hillary takes up the tale:

‘Just then, the interviewer asked Sarah Grace if what Bill said was true. Sarah Grace nodded. She said, “I felt sorry for the woman.” I winced. “Unfortunate choice of words.”

‘In a soft voice, her eyes downcast, she added, “I think Bill’s been a wonderful governor for the state of Arkansas.”

‘“Jesus Christ,” I said. “Did they not give her media training?”

‘She was so – there was no other word for it – weak. Bill needed an equal who’d act like even if he’d had affairs, so what?… The American public would not, of course, like such a woman, but that didn’t matter. He was the one running for office, and the reality was that a wife like that would probably win him sympathy votes.’

As we all know, in real life, spurred on by Hillary, Bill went on to win the presidency. In the novel, without Hillary to defend him, his ratings plummet, and he drops out of the race. Jerry Brown, the Governor of California, becomes President instead, and, four years later, John McCain.

Later in the book, when Hillary is poised to run for the presidency, and there is a suggestion that Donald Trump will run against her, she says that ‘to speculate about the consequences of Donald running was a parlour game’. This is, of course, a nod to the fact that the entire book is a parlour game, based around a make-believe notion.

Is it enough to sustain 416 pages? Curtis Sittenfeld is a wonderfully easy and entertaining writer. One of her earlier novels, American Wife, was based on the marriage of another presidential couple, George and Laura Bush, though it never went seriously off-track, just about following their story as it happened. Sticking more closely to the facts, it managed to say a lot about class in America, and the secrets and illusions that can help sustain a marriage. It’s a novel that could be read with great enjoyment even by those who had no knowledge or interest in the Bushes. I can’t recommend it too highly.

But Rodham is something else. Sittenfeld grows too engrossed in her ‘What if?’ parlour game, so that the novel becomes a lightweight fantasy, a sort of American liberal wet dream, with Hillary as a fantasy heroine, successfully fighting for truth and justice and the rights of women.

The real story is both more complicated, and, I’m afraid, more interesting. As First Lady, the real Hillary was, as she put it, ‘a lightning-rod for people’s anger’. When President Clinton was hit by his biggest scandal – the Monica Lewinsky affair – Hillary’s poll ratings rose sky-high. Her new-found popularity helped secure her election to the Senate, which, in turn, set her on course for her stab at the presidency.

When Donald Trump unexpectedly beat her, it seemed to many as though American history was being written by a bad novelist. To prevent such a catastrophe happening in her make-believe world, Sittenfeld has to come up with a way to prevent him from standing. Instead, Hillary faces Jeb Bush, and the rest is history. Or would be, if it were.