Craig Foster hailed a ‘phenomenal moment for Australian football’ as the Socceroos qualified for the knockout stages of the World Cup on Thursday morning (AEDT).

Mathew Leckie scored the only goal of the game as Australia beat Denmark 1-0 at the Al Janoub Stadium to finish second behind France in Group D and reach the Round of 16 for the first time in 16 years.

‘It’s a phenomenal moment for Australian football,’ Foster said on SBS on Thursday.

‘That is the beauty of this generation right now. That was a celebrated generation. An amazing group of players. Whereas this is a different set of qualities.’

Australia had only previously reached the knockout stages at the World Cup in 2006, when they ended a 32-year wait for an appearance at the tournament before ultimately losing to eventual world champions Italy.

Guus Hiddink’s team featured the so-called generation of Australian football, with the likes of Tim Cahill, Harry Kewell, Mark Bresciano and Mark Viduka the stars of a group that included several players plying their trade in Europe’s biggest leagues. 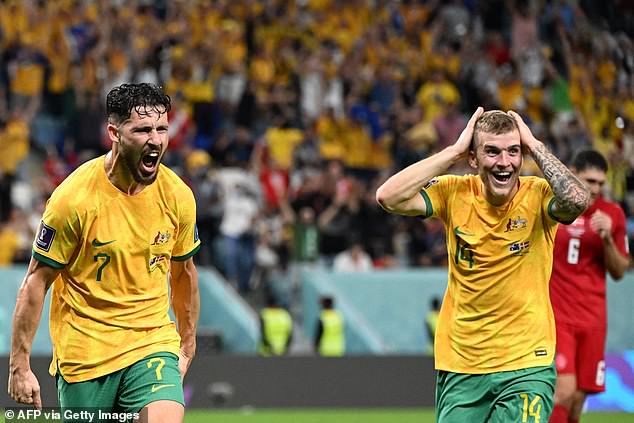 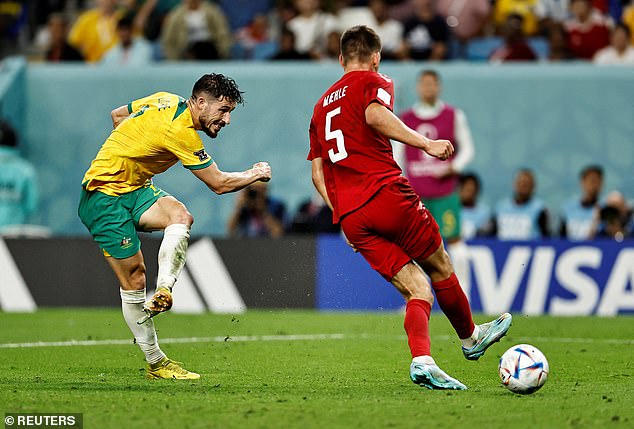 Leckie’s goal on the hour mark came shortly after Tunisia had scored against France, meaning a draw would have no longer been good enough for Australia to go through 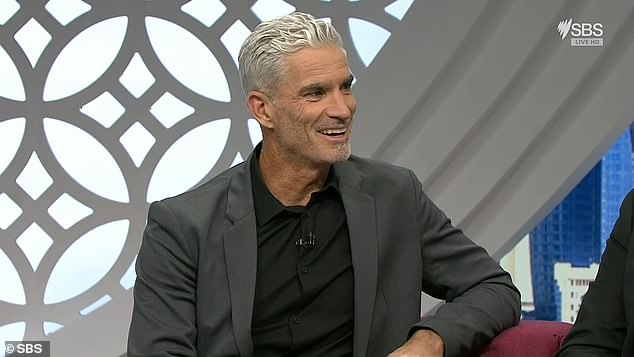 It’s a complete different reality for Graham Arnold, whose team is made up a strong A-League contingent and players from the Scottish Premiership, the Championship and even the Japanese second division in the case of Mitchell Duke.

But Foster believes the current team is no longer overshadowed by the class of 2006 and that having players hailing from such a vast array of leagues could be beneficial.

‘Australia needs to learn from that,’ he said.

‘They don’t all have to be playing at the top level. If you have this level of togetherness, this level of spirit, anything can happen.’ 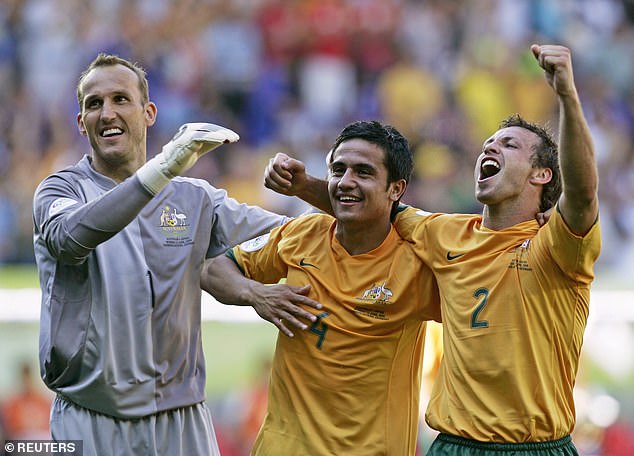 Australia’s only appearance in the knockout stages came in 2006, when they had stars of the calibre of Mark Schwarzer (right), Tim Cahill (middle) and Lucas Neill (right) 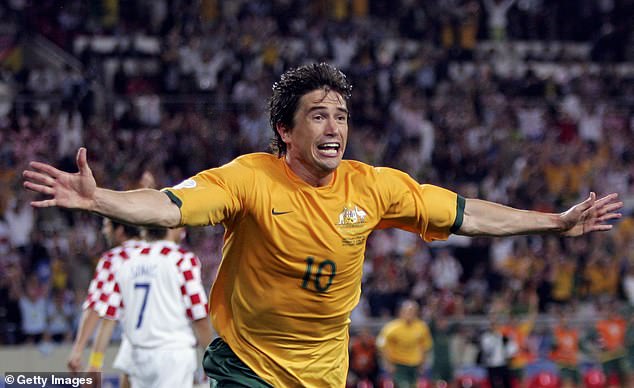 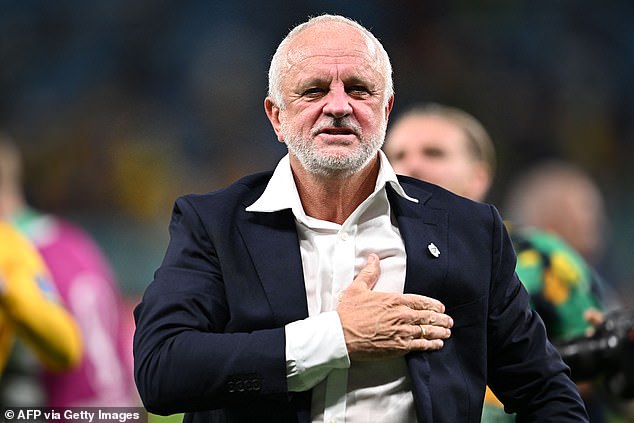 Graham Arnold can’t count on players of the same calibre, but has made his team hard to beat

The former Socceroos also praised Australia’s approach in the second half, when they took the game to Denmark.

The Socceroos went into the game knowing a draw would be enough to qualify as long as Tunisia didn’t beat France, but the scenario changed drastically when the north Africans took the lead against Les Bleus with 58 minutes played.

‘In the end, for them to go and want to win the game [was crucial],’ Foster added. ‘We saw that Tunisia was winning the other one. France didn’t play well. They had to have it in their hands.’