Australia’s commitment to net zero carbon emissions will give China an economic and military advantage, controversial MP Craig Kelly warned during a pre-election debate on Monday.

The United Australia Party politician rubbished calls for the nation to end government subsidies for the fossil fuel and mining industries when he addressed the Cross Bench Forum at the National Press Club in Canberra. Mr Kelly claimed the move would mean ‘surrendering’ to the Communist Party.

WHY IS AUSTRALIA COMMITTED TO NET ZERO EMISSIONS?

The net-zero target, known as the Paris Agreement, is a landmark multilateral climate change initiative adopted by more than 70 countries.

‘We see the idea that we go to net zero by 2050, when the communist Chinese say they will do nothing at all until 2030 and then maybe by 2060 they’ll do something,’ Mr Kelly said.

‘A policy of net zero, which we reject, will otherwise surrender an economic, political and military advantage to the communist Chinese and I as a member of parliament I am not going to stand by and let that happen and be silent about it.’

But Greens leader Adam Bandt and high-profile independent Zali Stegall argued Australia should do more to cut emissions and called on the government to stop handing out subsidies to mining giants and fossil fuel companies.

‘We need to stop the rorts. I mean, the reality is we are currently spending $22,000 per minute on subsidies to fossil fuels,’ Ms Steggall said.

‘So a transition away from such subsidies will free up a huge amount of revenue, I would argue.’

‘There’s been talk about the fuel excise recently and a temporary cut to that,’ Mr Bandt said.

‘What people don’t know is that every year when Clive Palmer and his mining corporations go and fill up their trucks, pay diesel, they pay tax and then at the end of it, everyone in this room, the taxpayers, the public, write him a refund check.

‘Now, those kinds of subsidies, those fossil fuel subsidies that Zali was talking about, add up to about $10 billion a year.

‘I’d rather make Clive Palmer pay the same for his diesel that everyone else pays for their petrol and put dental into Medicare.’ 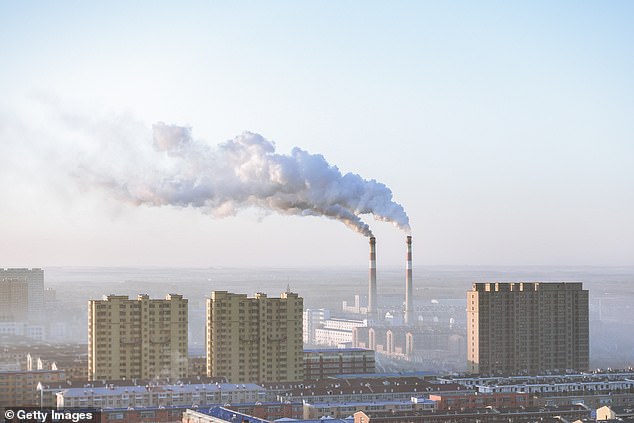 The United Australia Party politician rubbished calls for the nation to end government subsidies for the fossil fuel and mining industries , saying the move would mean ‘surrendering’ to the Communist Party. Pictured: A smoke stack in China 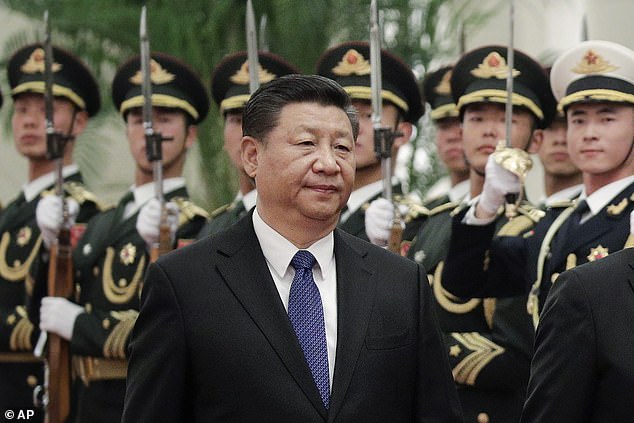 A fired-up Mr Kelly, who caused controversy in recent years for his anti-Covid vaccination stance, said Australia must not ‘trash’ industries that provide most of the nation’s wealth.

‘If Zali is right about these free markets and subsidies, let’s get rid of all the subsidies for Chinese solar panels and for wind turbines,’ he said.

‘We cannot trash the industries of this nation that provide our wealth and give our national competitive advantage.

‘That’s our coal, gas and our iron ore. We’ve got to, as Australians, stand up and protect those industries.’ 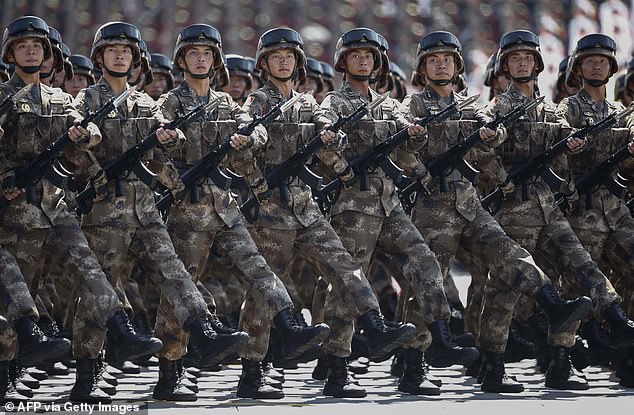 While the Morrison Government remains committed to the net zero target, fractures are evident within the Coalition.

‘Boris Johnson (in the UK) said he is pausing it, Germany is building coal and gas infrastructure, Italy is reopening coal-fired power plants – it’s all over. It’s all over bar the shouting here,’ he said recently.