Crazed Sydney gunman was killed by police after shooting at an officer in the head, inquest hears

A Sydney bodybuilder who shot at his pregnant ex-girlfriend’s house before aiming bullets at police was killed by officers in a hail of bullets, an inquest has heard.

gunman Daniel King was fatally shot in the head by police after a terrifying shootout in the western Sydney suburb of Penrith.

The tattooed gym junkie, 32, had shot up his pregnant ex-girlfriend’s house on October 2 last year before driving to Penrith police station and firing at officers with a shotgun.

Daniel King, 32, (pictured) died after spraying shotgun rounds at officers outside a Sydney police station in a dramatic shootout 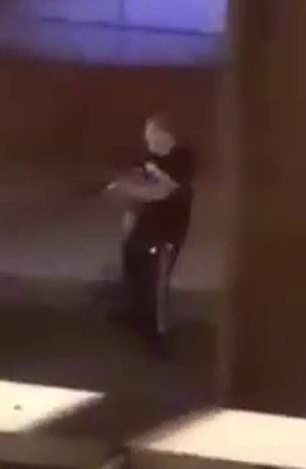 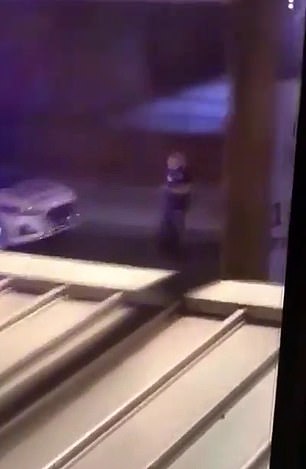 HOW THE DEADLY SHOOTING RAMPAGE IN SYDNEY’S WEST UNFOLDED

Police returned fire, with an autopsy showing King died of multiple gunshot wounds to the head, torso and limbs, according to the Daily Telegraph.

One constable narrowly escaped death and had to undergo emergency surgery to remove shotgun pellets from his skull.

In shocking footage from the incident, King is seen outside Penrith police station with a shotgun slung over his shoulder.

As two officers pull up at the station, King is seen firing at them as they sprint away.

The officers are seen running for their lives, with one dramatically falling to the ground before quickly jumping back up and finishing their desperate dash inside.

As the station went into lockdown, King was seen walking back and forth out the front, his gun over his shoulder.

Police then arrive from the back of the station, lights flashing, and the shootout which would ultimately end King’s life began.

The musclebound thug is seen firing at police, falling as he is hit, and continually getting back up to continue shooting.

King opened fire on the home of former flame Stacey Taylor earlier on Wednesday night before driving away and shooting up St Marys and Penrith police stations in western Sydney.

He had told friends he wanted his death to be ‘big’ and that he planned for police to ‘take him out’.

He got his wish moments after he unloaded his shotgun on a patrol car outside Penrith station at 9.35pm. 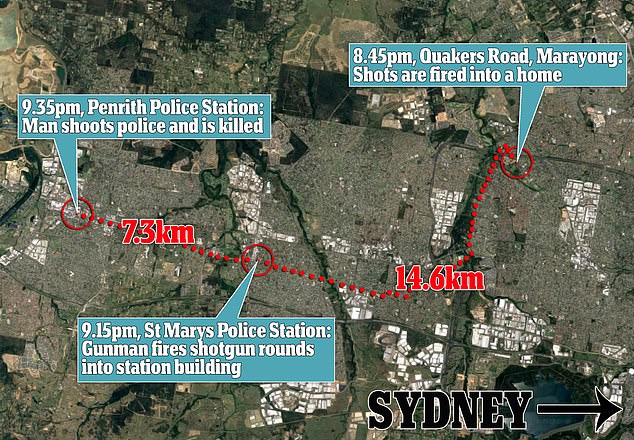 Timeline: King’s attack began 8.45pm when shots were fired into a home in Marayong – but no-one was injured. He then moved on to St Marys, and finally Penrith police stations 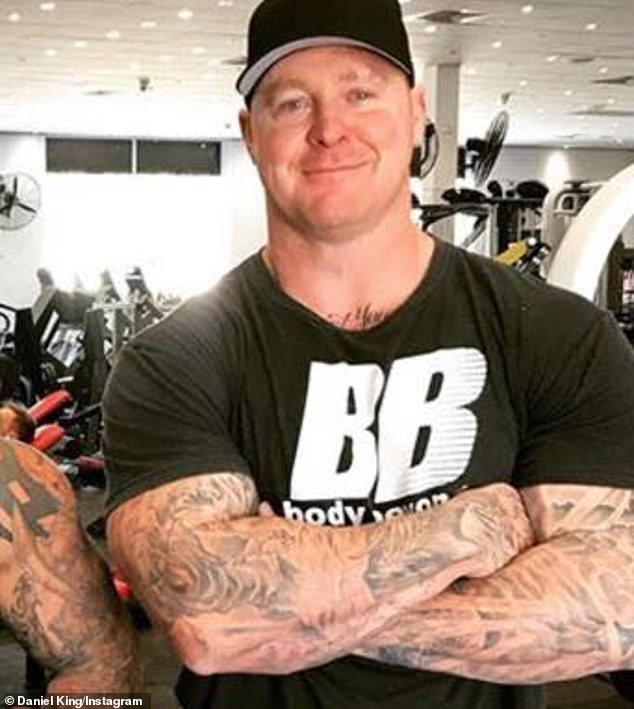 Ms Taylor, who had a ‘one night stand’ with King, was inside her home with her three children when he began his rampage by spraying it with bullets.

She hid in the bedroom until he drove off.

Ms Taylor was 27 weeks pregnant with his child.

King had gone to extreme lengths to pressure Ms Taylor into aborting the pregnancy prior to his death.

When she refused, he threatened to have her stabbed in the stomach and allegedly hired a hitman to ‘stomp’ her. 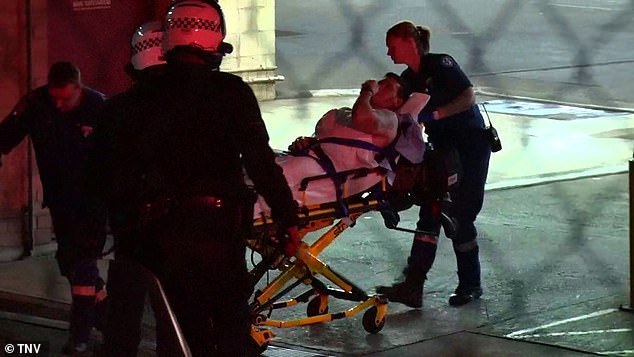 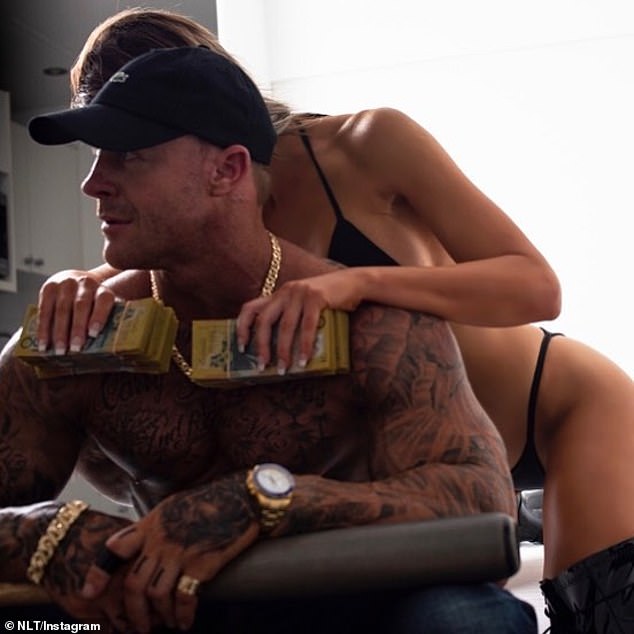 It’s understood King wanted the unborn child dead to save his relationship with another woman, Natalie, who was also carrying his baby.

In April, he had texted her threatening to take his own life if she did not abort her baby.

He refused to believe it was his and demanded she get a blood test proving his paternity. 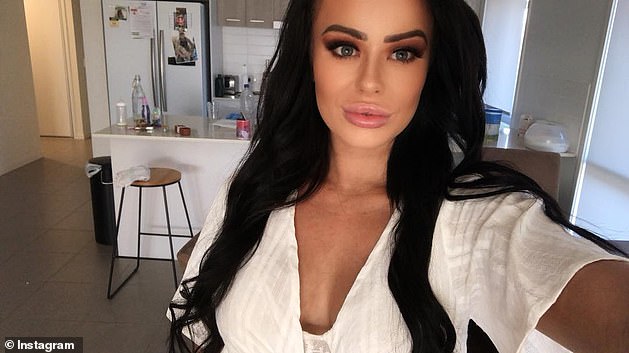 Another of his lovers, Claire (pictured) said in a Facebook post that he had previously spoken about being killed in a dramatic way

In one message, he bizarrely claimed ‘if you want to play this game DOCS will be called and you’ll be made to get an abortion.’

The suspected steroid user added: ‘If you recon (sic) I’m on the gear you know that can make me incredibly infertile for duration of the cycle OR it can make the child of whom deformed.’

‘On the gear’ is a commonly used expression for taking steroids.

A third woman, Claire, also said she was pregnant with King’s baby earlier last year,  but they didn’t go ahead with the pregnancy.

With his love life in tatters, King decided to give police no option but to slay him in a hail of bullets.

‘You had dreams about the way you would go out, you wanted it to be big just like it was,’ Claire said in a tribute to her former lover on Facebook. 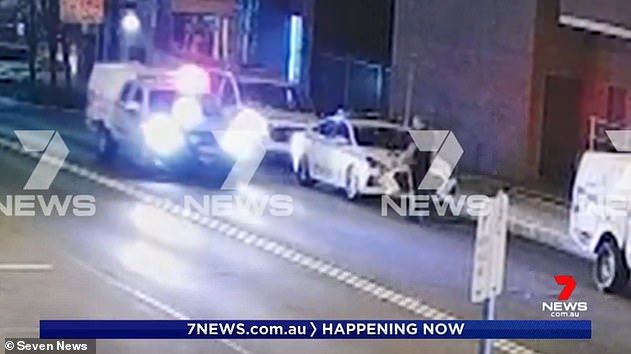