A cream made from cough medicine could be an unlikely new remedy for agonising face pain suffered by thousands of people in the UK.

The rub-on cream contains a drug called ambroxol, which has been used for decades in cough syrups to break up mucus in the lungs.

But now scientists have discovered it also has powerful painkilling properties and have turned it into a face cream to treat trigeminal neuralgia, a condition that triggers unbearable sharp pains in the head and face.

The rub-on cream contains a drug called ambroxol, which has been used for decades in cough syrups (file photo)

In tests, volunteers who applied the cream to their faces and forehead during an attack were pain-free in just 15 minutes. Most also reported fewer attacks and some were able to reduce their prescription medication.

It’s not known exactly how many people in the UK suffer with trigeminal neuralgia but studies suggest doctors diagnose up to 15,000 new cases a year.

The condition is caused by compression of the trigeminal nerve in the skull, usually due to a nearby blood vessel pressing against it.

This nerve transmits sensations of pain and touch from the face, teeth and mouth to the brain. Painful attacks affecting the jaw, cheek, forehead or eyes can be sparked by the most innocuous triggers — such as washing your face, brushing your teeth or even stepping out into a light breeze.

Treatment normally begins with a prescription anticonvulsant drug called carbamazepine to try to prevent attacks. Trials have found it can keep trigeminal neuralgia at bay by slowing down the electrical impulses in the nerve, reducing its ability to transmit pain signals to the brain.

However, carbamazepine has to be taken three times a day and can cause side-effects such as nausea, vomiting, a swollen tongue and loss of co-ordination. If it has little benefit, patients can have surgery to deliberately damage the trigeminal nerve to stop it sending pain signals. But there is a risk of permanent numbness.

Scientists behind the ‘cough cream’ are confident it will offer an effective and convenient treatment. Ambroxol helps to thin mucus clogging up the airway, but it was also known to be a powerful anaesthetic.

Researchers at the Institute for Pain Medicine in Wiesbaden, Germany, reformulated ambroxol so that it would work in a face cream and be absorbed through the skin. They recruited five patients who had failed to get better with existing drugs and were facing surgery. 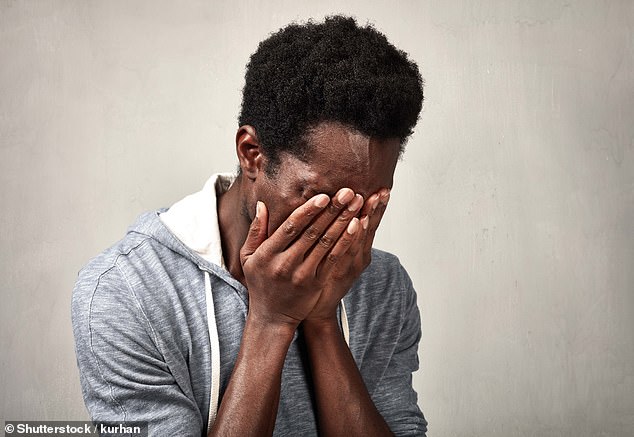 Now scientists have discovered it also has powerful painkilling properties and have turned it into a face cream to treat trigeminal neuralgia, a condition that triggers unbearable sharp pains in the head and face (file photo)

All five were told to apply the cream on the painful area during an attack.

The results, published in the journal Headache, showed all five experienced significant reductions in pain and some felt complete relief within 15 minutes, which lasted up to six hours.

There were no side-effects or reddening of the skin and two of the five patients were able to cut back on carbamazepine after just a week of using the cream, suggesting it was also helping to prevent attacks.

Though the trial was small, the findings were so positive researchers plan to carry out larger studies ‘as a matter of urgency’.

Dr Andy Dowson, a headache and face pain specialist at King’s College Hospital in London, said the new cream could be a convenient solution for many patients.

‘It’s considerably stronger than lidocaine [a powerful anaesthetic] so could potentially bring rapid relief for sufferers. But bigger trials are needed first.’

A new type of radio-therapy is available for patients who have bowel cancer which has spread to the liver.

The National Institute for Health and Care Excellence has approved selective internal radiation therapy (SIRT) for use where other treatments have failed. In SIRT, tiny radioactive beads called microspheres are put into a blood vessel that links to the liver. They then lodge in blood vessels in and around the tumour and destroy the cancer cells.

The British Liver Trust says primary liver cancer patients should also be offered SIRT rather than have to pay for it privately.

Playing team sports has been linked to lower rates of depression in boys. The study, at Washington University in St Louis, in the U.S., found team sport participation is related to greater volume of the hippocampus — the area of the brain associated with learning and emotion — and reduced depression in boys aged nine to 11.

When brain samples from donated tissue were compared, the gum disease bacteria Porphyromonas gingivalis was more common in those from Alzheimer’s patients, shown by the presence of the gingipains they produce. A study on mice also showed the bacteria can move from the mouth to the brain, the American Association of Anatomists at the 2019 Experimental Biology meeting heard.

An experimental drug that blocks gingipains, COR388, is in clinical trials for Alzheimer’s. The study team said it underscored the importance of dental hygiene for those with genetic risk factors for dementia.

THE ‘HEALTHY’ practices that can be surprisingly bad for you. This week: Getting too much sleep

The longer we sleep, the greater our risk of bad dreams, suggests a recent study from the University of Oxford. The reason, say the researchers, is that nightmares tend to occur in a stage of rest called late-REM sleep — and the longer you sleep, the more of this stage you experience. 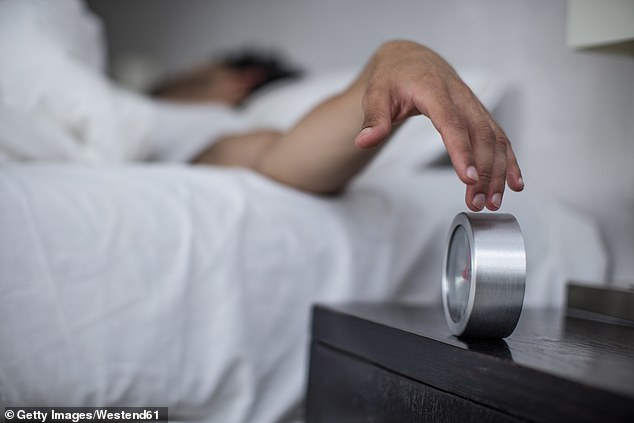 A new study has revealed that the longer you sleep, the more at risk you are of having a bad dream (file photo)

They estimated an extra three hours a night could double the risk of a bad dream.

In fact, long sleeping (defined as regularly getting more than nine hours a night) is shaping up to be as risky for health as getting fewer than six hours, linked to an increased risk of heart disease and diabetes.

Whether the extra sleep itself is causing problems or sleeping for longer is a sign of ill health hasn’t yet been determined. Ideally, aim to sleep for around eight hours each night.

Switch to olive oil. It could reduce your risk of stroke and heart attack, suggests a small study by New York University. Researchers analysed the blood of 63 people who were obese and so at risk of these conditions. Blood was less likely to become sticky and clot in those who consumed olive oil more than once a week.

The surprising reasons for a flushed face. This week: Eczema that makes you red

A red face accompanied by dry, flaky skin and stubborn dandruff could be seborrheic dermatitis — a chronic form of eczema.

But unlike some other forms, seborrheic dermatitis is not the result of an allergy. The exact cause is unknown, but microorganisms such as yeasts that live on the skin are thought to contribute to it. It can develop at any age and common triggers include stress and hormonal changes such as those that occur around the menopause or during pregnancy.

Treatment: In mild cases, a rub-on antifungal cream or medicated shampoo may be enough to control symptoms, but in more severe cases, corticosteroid medications to ease the inflammation may be prescribed.