A video of a vampire baby doll has captured the internet, thanks to a terrifying optical illusion.

The footage, which has been shared globally on social media, shows the creepy puppet appearing to follow the camera with its stare.

The doll – a baby vampire complete with fangs and a bottle of fake blood next to it – has been placed on a tombstone in a cemetery at an unknown location. 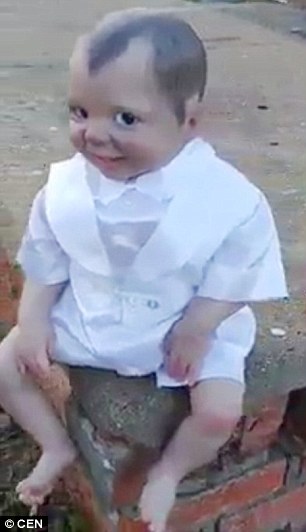 Creepy: The footage, which has gone viral, shows a vampire baby doll propped up on a tombstone at an unknown location

As the camera moves from side to side the doll ‘appears alive’ as its eyes follow it.

It is not known when or where the video was filmed, but it has been shared widely over the weekend.

In just four days, the video of the terrifying vampire doll racked up over 341,000 views.

Users on social media were spooked out by the video, with one branding the puppet ‘The Doll of the Devil.’ 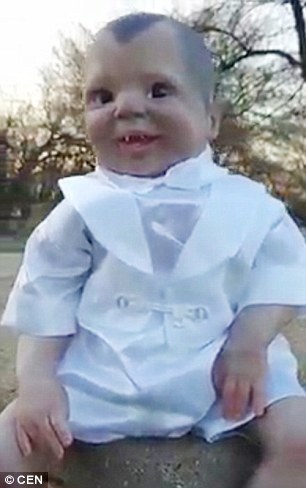 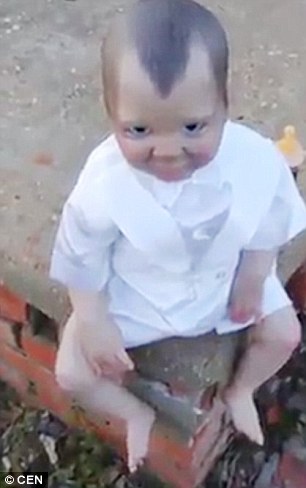 Demon doll: The  creepy doll appears to be following the camera with its stare

Others tried not to let fear take overhand and and shared reactions more grounded in reality.

One viewer wrote; ‘It is an optical illusion.

‘But it does not stop it from being scary, may heaven help me.’

In some reports, the doll has been compared to Chucky, the murdering doll possessed buy the soul of a serial killer in the cult Child’s Play film series.