What a cop-out. What a disappointment. So the coach did not know his captain and his deputy were hatching a plan to cheat? How about the bowlers? They must have been surprised when the ball started reverse swinging then.

Even if, as expected, James Sutherland and company do the right thing on Wednesday and ban Steve Smith and David Warner for a year Australia have got this badly wrong already. There is no way Darren Lehmann should have kept his job.

It is the nasty, arrogant, aggressive, old-school culture of Australian cricket that needs to change and Lehmann is the epitome of that. He was a major part in creating it for goodness sake after Australia had had enough of Mickey Arthur and his homework. Lehmann is the architect of all that has gone wrong. 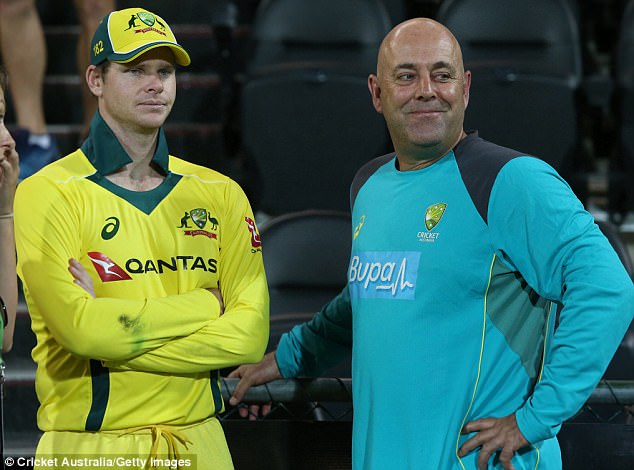 The coach is the man who has allowed Smith and Warner to hurtle out of control and become such enemies of the sport. He was at the very least complicit in allowing Warner to become vice-captain in 2015 against all possible sensible judgment. It may even have been his idea. That was the moment it all started going wrong.

Remember, too, that Lehmann is the man who called Sri Lanka ‘black c****’ during his playing days. He also went on radio while coach of his national side and told Australian supporters to abuse Stuart Broad until he cried. It was virtually an incitement to violence. The warning signs were there then for Australia but they ignored them.

The people who should be crying now are the lovers of the game in Australia who have been so hurt and horrified about what has unravelled in the last three days that this has become one of the biggest scandals in cricket history. 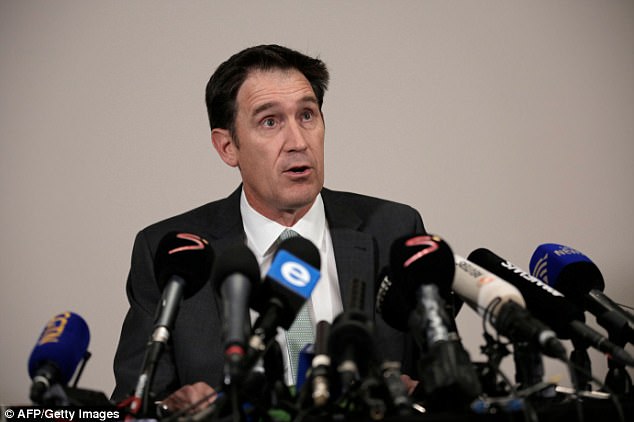 James Sutherland, CEO of Cricket Australia, speaks to media about the ball-tampering scandal 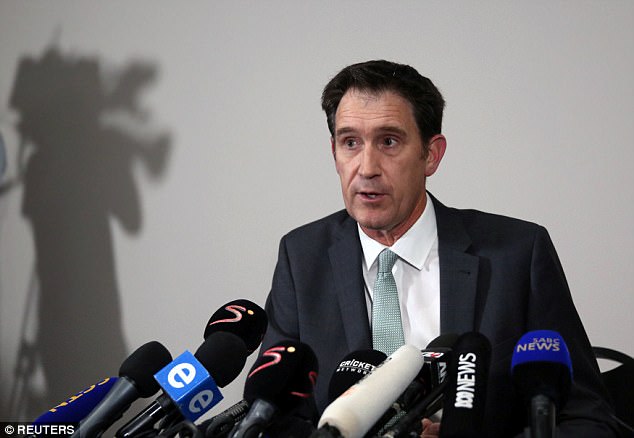 It says everything about Lehmann that he has not resigned already. He should have fallen on his sword the moment pictures emerged of him on his walkie talkie telling Peter Handscomb to get on the field at Newlands and tell Cameron Bancroft that he his comedic attempt at ball-tampering had been rumbled.

Clearly Lehmann was a popular figure as a player. You only had to listen to Ryan Sidebottom’s reaction on BBC Five Live after Sutherland’s weak utterings to know he was extremely well regarded during his days at Yorkshire.

But that was then and this is now. This was Australia’s big chance and they have blown it already even if they run Smith and Warner out of town. Things won’t change significantly for at least a year until Lehmann’s contract runs out and he will presumably walk away scot free.

They did get one thing right. Tim Paine is, according to one observer close to the situation, ‘just about the only decent bloke in the Australian team’. Unless they went outside and appointed someone like George Bailey as their Brendon McCullum figure Paine was the only viable option as the new captain. 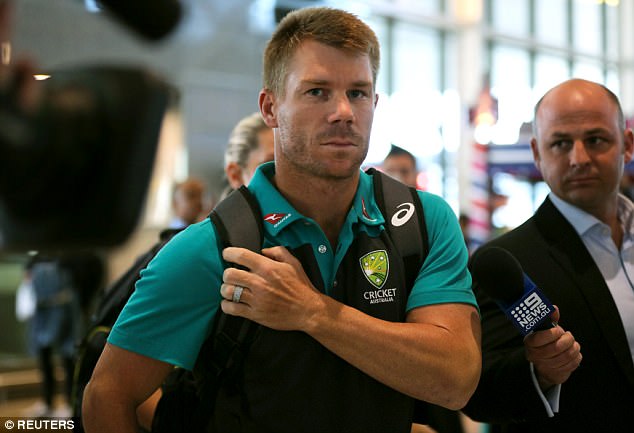 Warner, pictured at the airport in Cape Town, will be left out of the fourth Test vs South Africa 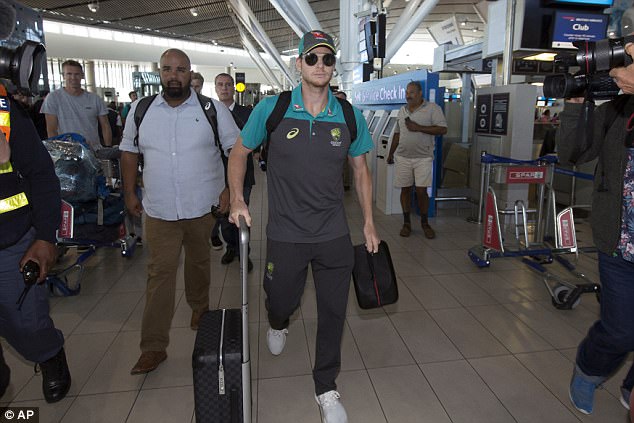 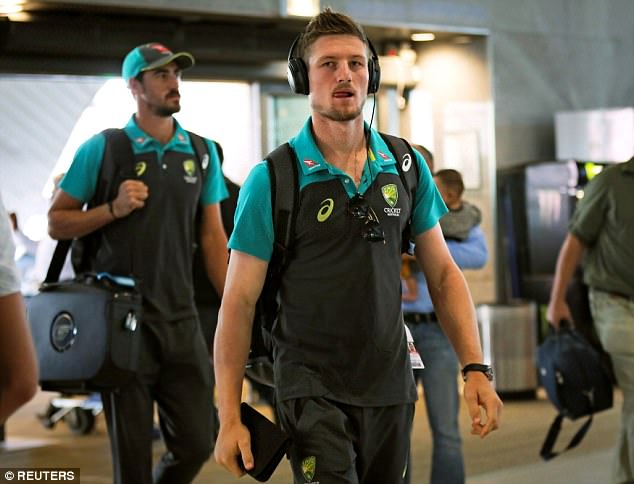 Cameron Bancroft, at the centre of the ball-tampering storm, will also return to Australia

What a rise this is for Paine. It was not too long ago he was playing his cricket for Banbury in Oxfordshire and only a year ago he came close to packing it all in to go and work for Kookaburra. His surprise recall for the Ashes has now led to him being charged with sorting out this sorry mess. Good luck with that Tim.

When McCullum changed the whole culture of New Zealand cricket he was assisted by a coach in Mike Hesson who sang very much from the same song-sheet. Lehmann is just full of bum notes.

Australia should have appointed Ricky Ponting as coach on Tuesday. It’s a no-brainer. And if not him then Jason Gillespie or seen whether Trevor Bayliss could be coaxed away from the last 18 months of his contract with England.

Instead they have paid lip service to the crisis and allowed Lehmann to get away with it. Cricket Australia have failed in the first significant test of whether they are serious about cleaning up their shattered image. 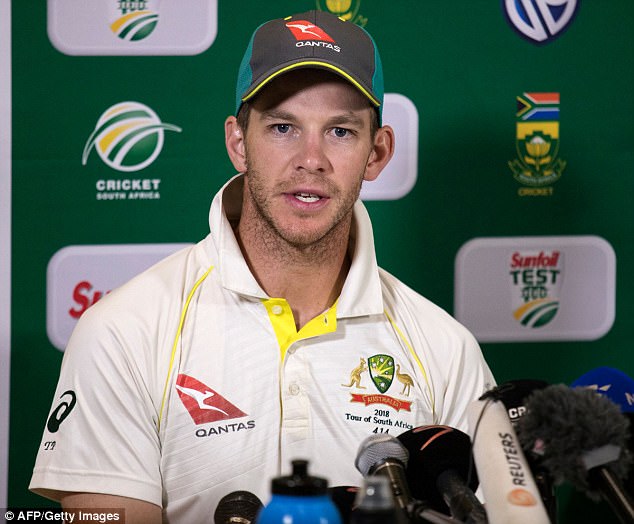 Tim Paine is, according to one observer, just about the only decent bloke in the Australia team