Cricket bosses rename ‘Man of the Match’ so more gender-neutral

Cricket’s man of the match awards have been retitled in the name of equality.

Instead, the winning cricketer will be called ‘player of the match’.

The move follows changes by the MCC, the custodian of the laws of the game – although it retained the terms ‘batsman’ and ‘third man’.

India’s Virat Kohli was named ‘player of the match’ after his country’s third Test win over England at Trent Bridge earlier this week. 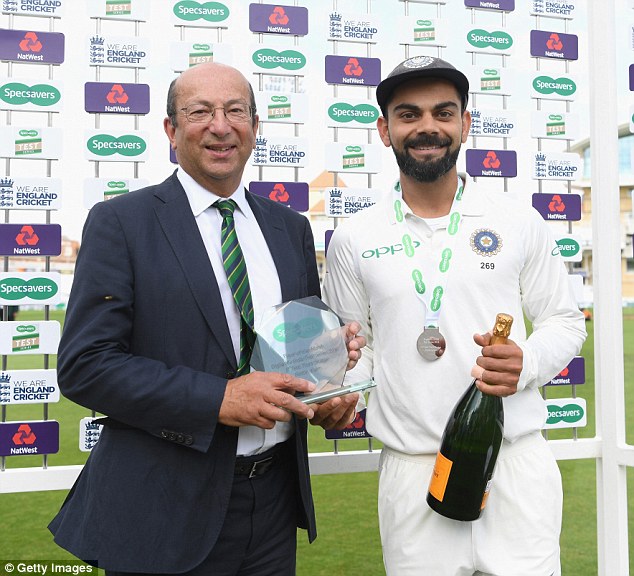 India captain Virat Kohli received his player of the match award from Richard Tennant, chairman of Nottinghamshire County Cricket Club after day five of the third test match between England and India at Trent Bridge on August 22 in Nottingham

England’s Chris Woakes and Sam Curran claimed the previous two awards. The initiative is aimed at ensuring gender equality in the game.

But some traditionalist fans yesterday criticised the move as an example of political correctness. 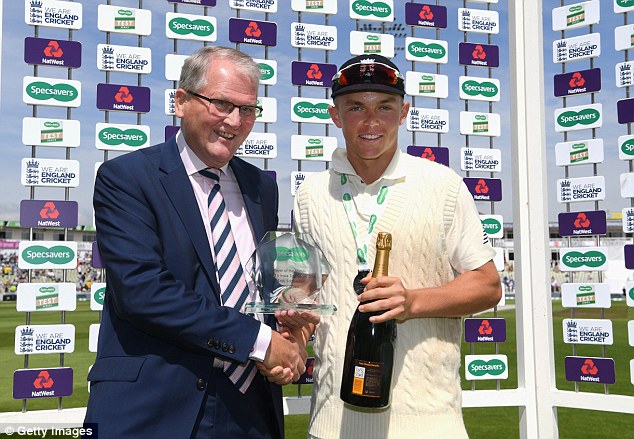 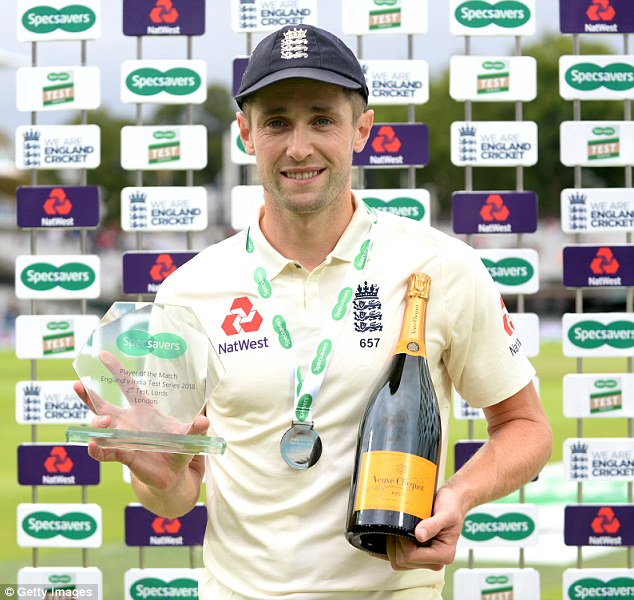 Chris Woakes was named player of the match after England won the second Specsavers Test Match between England and India at Lord’s Cricket Ground on August 12, in London

Jason Hardy wrote: ‘Player of the match? It’s man of the match! Always has been, always should be!’

Another fan tweeted: ‘Not a big deal but was hoping we weren’t being forced to go down this “gender neutral” or politically correct road by the powers that be once again’.

The MCC introduced gender-neutral language across its updated laws of the game last year.

‘For the first time, the Laws are written in a gender-neutral format, reflecting the rising popularity of the game among women and girls,’ the documents state.

The English Cricket Board changed the name to ensure equality between the men’s and women’s game.

A spokesman said: ‘Individual player awards are now known as player of the match in both men’s and women’s international games.’

In football, the man’s game still awards ‘man of the match’, while womens’ football gives out ‘player of the match’.