David Warner has found his good luck charm, and it comes in the form of his three-year-old daughter Indi Rae.

The Australian opener punished Pakistan to go to stumps unbeaten on 166 in Adelaide on the first night, with the hosts in a commanding position of 1-302.

The ton comes after the 154 the left-hander chalked up at the Gabba just last week against Pakistan, making him the first Australian to hit two successive scores of over 150 since Michael Clarke in 2012.

His record for the international summer is now a ridiculous 607 runs at an average of 303.5, after also dominating the early-season Twenty20s.

But when asked to identify a common denominator between his two big Test tons, Warner was quick to point out his daughter.

‘The little one stayed with me last night, that’s little Indi,’ Warner said.

‘That’s two nights in a row before I’ve got hundreds and last night was a bit of superstition.

‘So, I let her stay with me, and I let the girls stay in the other room. Indi is my little lucky charm.’

It’s not the first time Warner’s daughters have been a good luck charm for the left-hander.

When Ivy Mae was born in 2014, he hit a century in the first Test that followed. His first two

And when wife Candice and he welcomed Isla Rose during the World Cup, he backed it up with 122 from 117 balls against South Africa.

It’s a clear sign that any lost sleep to young children has never harmed him.

‘The other time (in Brisbane) she (Indi) didn’t wake up until 7.30, and this morning she woke up at 6am and asked me if she could actually get up,’ Warner said. 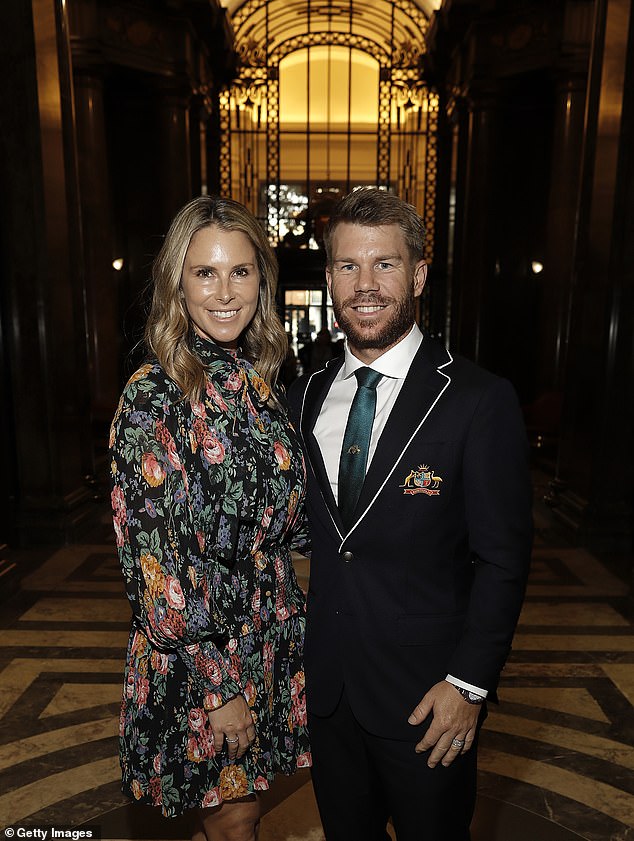 The ton comes after the 154 Warner (pictured with wife Candice) chalked up at the Gabba just last week against Pakistan, making him the first Australian to hit two successive scores of over 150 since Michael Clarke in 2012

‘And at 7.00am I walked out and she was actually asleep on the lounge.

‘She didn’t bother me but I’m used to that and I thoroughly love and I’m fortunate enough to have my family on tour and it’s never a hassle on tour.’

With that in mind, it should come as no surprise that home is always where the heart is for Warner both on and off the field.

Not that he is fussed.

‘I don’t really take any notice, to be honest,’ he said.

‘A lot of great players in the world haven’t really scored that many hundreds away from their countries.

‘My job is to try and score as many runs as I can when I’m at home and away.