Cricket to be the big winner of new £300m bailout of summer sports, with tennis and horse racing also set to benefit in Wednesday’s Budget

Cricket is set to be the big winner when Chancellor Rishi Sunak announces a new £300million bailout for summer sport in Wednesday’s Budget.

The money is designed to help support professional clubs and sporting bodies who are set to miss out on cash from gate receipts while crowds are barred from stadiums until at least May.

Tennis, racing, rugby league and women’s football are also set to be prioritised alongside cricket.

Sunak said: ‘As a huge cricket fan I know there’s nothing that says summer more than watching your favourite team.

‘I can’t wait for sports grounds to be filled with fans with atmosphere again – this £300m cash boost will help make that a reality.’

The new fund is an extension of the Government’s winter sport survival package, which was announced in November and also saw £300m handed out, with rugby union the main beneficiary that time.

But that funding runs out on March 31 and the Chancellor has now moved to protect summer sports from a further financial crisis. 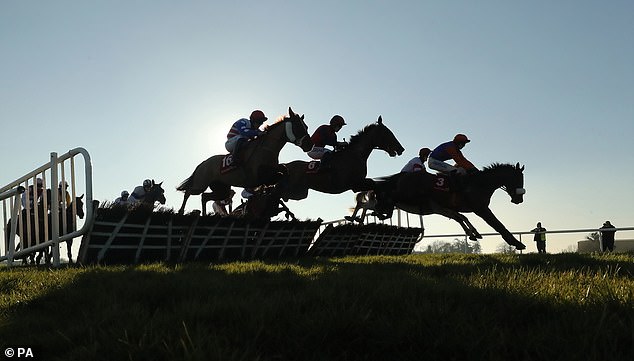 The ECB had warned the Government that it was in desperate need of extra funds to prop up cash-strapped county cricket clubs, who will not be able to welcome back crowds of any size until May 17 – with full houses not permitted until June 21 at the earliest.

Cricket’s governing body, which received no support at all in the winter package, suffered losses of more than £100m last year and had to cut 62 jobs, with grassroots projects also on the brink of being pulled.

Lord Ian Botham told The Telegraph: ‘Everyone in the cricketing world will be delighted. It’s been a tough time for the sport.

‘But this could give us the opportunity to get the fans safely back in the stadiums, which is the next step. Cricket is our summer sport and I’m pleased that it’s being looked after.’

The Government money will be a combination of grants and loans and any sport likely to miss out on gate receipts will be encouraged to apply.

Rugby league only received £12m in the November fund as it was the end of the Super League season but clubs will be fully looked after this time. Racing got £40m from the winter survival package and is now in for another boost.