Criminals convicted of possessing drugs, theft, and minor assault will be given clean slate when trying to find a job under new laws proposed by Sajid Javid

By Courtney Bartlett For The Daily Mail

Criminals with minor convictions will be given a clean slate to stop them being denied jobs under Home Office plans.

The current rule states jobseekers with criminal convictions automatically have them revealed to interviewers if they have more than one.

But under new plans, crimes such as drug possession, thefts or minor assaults will not be disclosed to employers by the Government’s disclosure and barring service (DBS) as a matter of course.

Mr Javid said he believes juvenile offenders who want to avoid having their life chances ruined by criminality need a second opportunity.

He said: ‘If a young person today has committed two offences no matter what they are – for example if they have shoplifted twice when they were 11 and 12 or something, that record can linger for years and years when they are an adult.

They may find they are never getting a proper chance to turn around. I think we need to be sensible and look again at issues like this.’

Another rule under review demands that any cautions or reprimands given to a child for serious offences, such as assault, also have to be disclosed to employers by the DBS for life.

However, victims’ rights campaigners warned these proposals could put members of the public at risk. David Green, of think tank Civitas, said employers who required ‘above average levels of honesty’ should get the full information.

He told the Daily Telegraph: ‘A potential employer may well decide to disregard an isolated case of shoplifting when a candidate was 14, but it is right that this group of employers should be given full information.

‘If it is withheld from them, they can’t fully protect their clients. There is very little wrong with the present law.’

But Christopher Stacey, co-director of Unlock, a charity which campaigns for criminal record law reform, said there needed to be a fundamental review.

He described the case of a 30-year-old woman with convictions for stealing a 99p book and failing to turn up to court who could not get a job as a teacher.

‘This will give thousands of people every year a fairer chance when applying for work or volunteering without the stigma and shame of having to disclose mistakes that they might have made years – sometimes decades – earlier,’ he said. 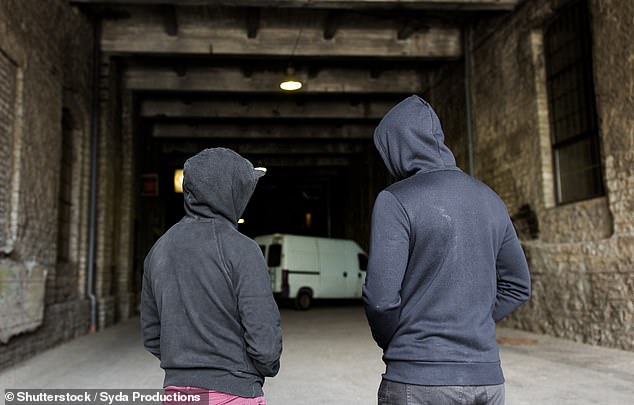 Convictions for drug possession, theft, and minor assault could be hidden from potential employers under a new proposal being considered by the Home Secretary