Criminals have their expensive trainers confiscated for plimsolls

Police are taking a hard line on drug dealers – by confiscating their expensive trainers and forcing them to walk home in black plimsolls worth £5.

Officers in Wiltshire are tackling the criminals using the Proceeds of Crime Act  – meaning they can seize the designer footwear to strip suspected dealers of what they have worked for.

Police in Swindon are confiscating the trainers after criminals are brought into custody and then make them leave it in ’embarrassing’ cheap footwear.

Officers say expensive trainer brands like Nike are status symbols to young dealers and want to send the message out that the county ‘isn’t a soft target’  for criminals.

Officers now have a stash of more than 100 pairs of top trainers at the central police station. 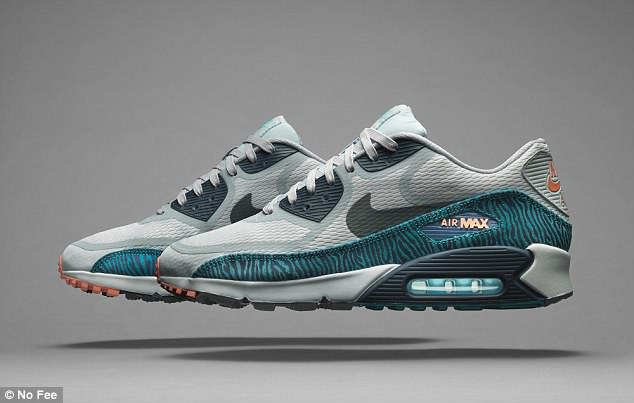 Officers are confiscating expensive trainers like these Nike Air Maxs’ and other designer brands.

The drug dealers who are having their trainers confiscated are any that are arrested on suspicion of being part of ‘County Lines’ operations.

County Lines gangs are London based groups who use children or vulnerable addicts to peddle drugs and have cornered the heroin and crack cocaine market in Swindon and other Wiltshire towns.

He said: ‘People seem to hate the fact that we’ve seized their trainers and they have to leave custody in a pair of black plimsolls.

‘They’re extremely unhappy about it, but we think that’s a good thing.

‘We want to get the message out that we’re dealing robustly with people if we think they’re buying their trainers with money from drugs.

‘For some of these young people, these trainers or designer clothes can be seen as a status symbol, so losing that is pretty difficult for them to deal with.

‘When we seize their expensive trainers under the Proceeds of Crime Act, we are essentially taking away what they have worked for and we hope it will have an impact.’

The detective, who has been a police officer for 13 years, said Wiltshire Police is determined the show drug gangs that Wiltshire is not a soft target.

New and expensive trainers can be one of the more visible signs that young people are involved in drug dealing controlled by so-called county lines gangs.

The gangs commonly use children and vulnerable addicts to help peddle their drugs. 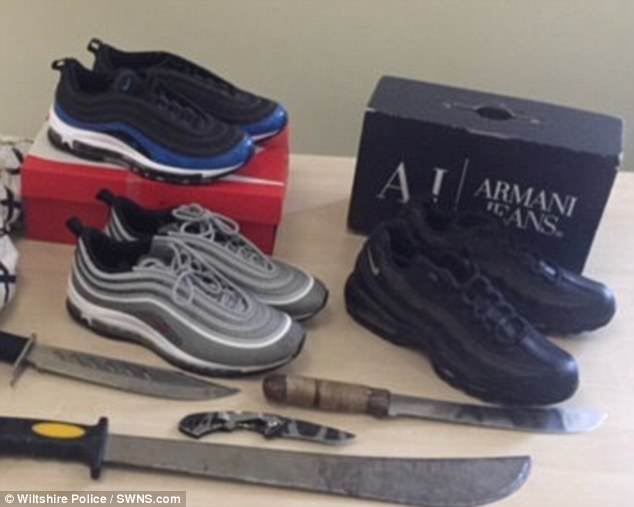 And Sergeant Georgia Green, also of the North Dedicated Crime Team, urged parents to look out for the tell-tale signs that their children are being exploited by gangs.

These signs include new trainers, staying out later and suddenly coming into cash.

Sgt Green urged parents to: ‘Ask questions and report any suspicions to police, as they could be being exploited.’

She continued: ‘We have seen young people from all different backgrounds become involved in county lines and the first their parents know about it is when we turn up on their doorstep.

‘From the first moment they are recruited into these gangs I don’t think these children know quite what risks they will be facing, and by that time it is too late and they are trapped.

‘If they knew what they were falling into they wouldn’t do it, so I would encourage parents to try and have that chat with their children.

‘It shouldn’t be a chat we have with them at the time of their arrest.’ 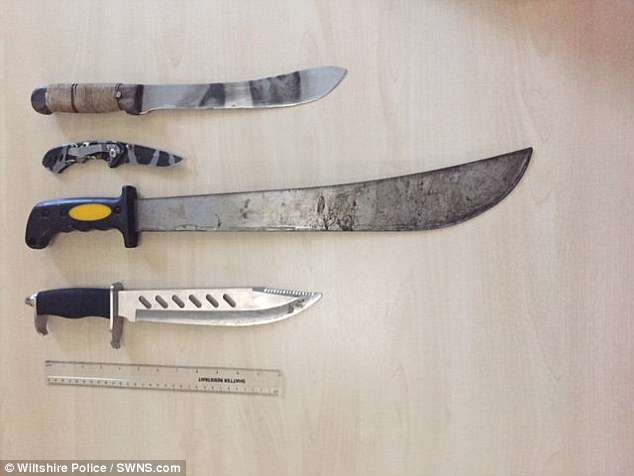 Sgt Green added: ‘I’d also like to stress to young people, that you may well be offered £100 a day to work for these drugs gangs, but the risks just are not worth it.

‘Carrying weapons, transporting class A drugs to vulnerable drug addicts who will do anything to feed their habit, being threatened with violence and expected to travel at unsociable hours.

‘If found in possession of an offensive weapon you could face up to five years in prison so please think of the consequences.’