The moon and its possible influence over human behaviour has been the object of ancestral fascination and mythical speculation throughout the centuries.

Indeed, the word ‘lunacy’ comes from the Latin name for the moon and its goddess, Luna.

James Bond creator Ian Fleming was not the only writer to exploit the mythology when, in From Russia With Love, he created a villain called assassin Red Grant who felt compelled to kill at the full moon.

While it is now widely accepted the full moon cannot transform people into werewolves, many believe the phases of the moon do have the power to increase levels of crime.

However, this is not due to a mythic lunar impact on human behaviour, but instead, because there is more light outside, according to Wayne Petherick, associate professor of criminology at Bond University in Australia.

In an article for The Conversation, Professor Petherick looks at the practicalities of being a criminal and why a full moon helps them carry out unlawful activities.

Always surrounded by an aura of mystery, the moon and its influence over human behaviour has been object of ancestral fascination and mythical speculation for centuries (stock image)

If past months have been anything to go by, this will be accompanied by a round of public chat about how this affects human behaviour – claims of more hospital admissions and arrests, to crazy antics in children.

Beliefs in the moon’s behavioural effects are not new and date back to ancient times. But what evidence is there that the moon has an impact on behaviour?

As a criminologist, I look at evidence related to arrests and behaviour linked with criminal activity.

The only explanation I can see that links criminology with moon phases is just about the practicalities of being a criminal: when it’s a full moon, there’s more light.

While somewhat dated, one of the most significant studies looking at moon phases and linking this with behaviour is a 1985 meta-analysis – a study of the findings of 37 published and unpublished studies.

The paper concludes it is not sound to infer that people behave any more – or less – strangely between moon phases. The authors write:

Two more recent studies have looked at links between criminal activity and phases of the moon.

The authors found no correlation between battery and the various lunar phases. 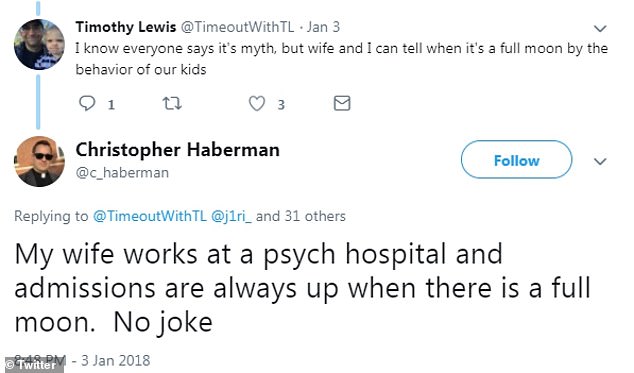 While the full moon can’t turn people into werewolves, many people believe it coincides with higher levels of crime and other strange behaviour

A study reported in 2016 was careful to make a distinction between indoor and outdoor crime committed in 13 US states and the District of Columbia in 2014.

The authors found no link between lunar phases and total crime or indoor crime.

One explanation for this finding is what is referred to as the ‘illumination hypothesis’ – suggesting that criminals like enough light to ply their trade, but not so much as to increase their chance of apprehension.

It may also be that there is greater movement of people during lighter nights, thus providing a bigger pool of victims. 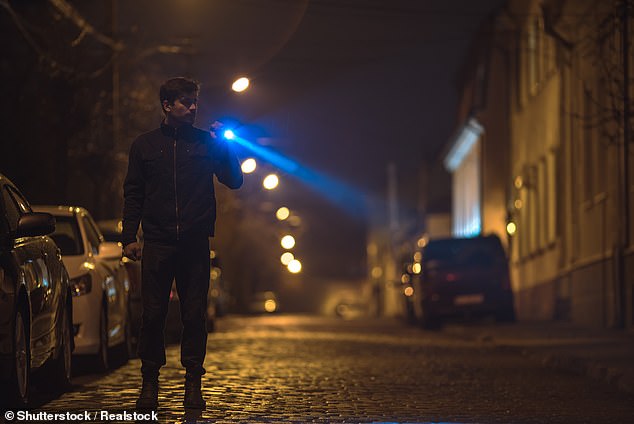 Why do some people still cling to the belief that the moon causes criminal or other antisocial behaviour? The answer most likely lies in human cognition and our tendency to focus on that which we expect or predict to be true.

During an expected lunar event – such as a full or super moon – we expect that there will be a change in behaviour so we pay more attention when we see it. In the area of cognitive psychology this is known as confirmation bias.

But other questions remain, including why any behavioural effects must be inherently negative? Even if there was a direct effect, explanations as to why acts of kindness and altruism do not increase or decrease during moon phases are conspicuously absent.

It is likely that we just assume the folklore is true, and believe that we become the werewolf and not the sheep.

WHAT ARE THE VARIOUS THEORIES ABOUT FULL MOONS?

Centuries of folklore have enshrined the full moon as the time for witchcraft and sorcery.

Werewolves ‘turned’ when they saw one, mad people howled at them and they were blamed for all manner of wild behaviour.

Indeed, the word ‘lunacy’ comes from the Latin name for the moon and its goddess, Luna.

James Bond creator Ian Fleming was not the only writer to exploit the mythology when, in From Russia With Love, he created a villain, assassin Red Grant, who felt compelled to kill at the full moon.

With all this in mind, scientists have traditionally been wary of even daring to suggest that a full moon really does affect humans and animals, for fear of being declared lunatics themselves.

And yet, the belief persists that there is a connection.

An investigation by the Wall Street Journal found that, in hospitals across the U.S., medical staff are convinced that full moons are ‘harbingers of chaos in their emergency rooms and delivery wards’.

In addition to the caul baby and naked night-time street wanderers, a hospital nurse in San Antonio, Texas, recalled a full moon night when so many high school students were rushed in — all suffering from food poisoning — that the hospital ran out of beds to put them in.

Some hospitals put more staff on at full moon and ban doctors from taking days off.

John Becher, an A&E doctor in New Jersey and Philadelphia for 40 years, became so convinced by the phenomenon that he didn’t want to work on full moon nights.