Josh Frydenberg is due to announce an end to crisis spending as fewer Aussies rely on welfare payments and the unemployment rate continues to drop.

The Treasurer is set to deliver his fourth Federal Budget on Tuesday, with more than $11billion set to be axed from the nation’s welfare bill over the next four years.

There are at least 701,000 fewer workers on welfare payments and 1.2million more people employed since the height of the Covid-19 pandemic.

Reductions in welfare costs for relief payments such as JobSeeker and youth allowance will save taxpayers about $11billion, The Australian reports.

Josh Frydenberg will announce crisis spending is over for thousands of Australians as fewer workers rely on welfare payments and unemployment drops. 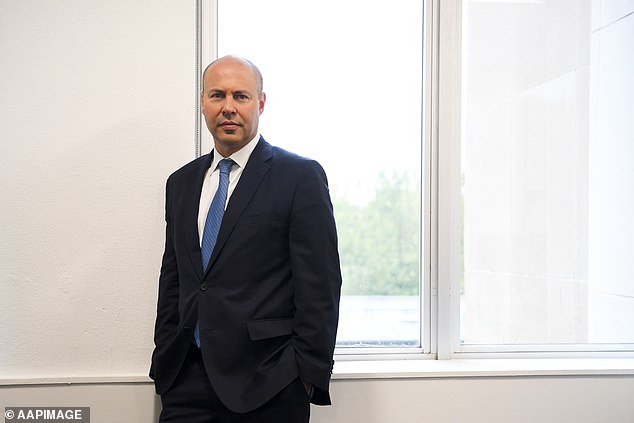 ‘This ­(economic recovery) hasn’t been luck; it has been the ­result of a clear fiscal strategy to save jobs and drive the unemployment rate to historically low levels, which today at 4 per cent is at its equal lowest level in 48 years,’ Mr Frydenberg said.

The Treasurer said with more Australians in work and less relying on welfare payments, a greater level of economic support could be provided.

The unemployment rate is expected to drop to 3.75 per cent by September, the lowest it has been in just under 50 years and three percentage points lower than forecasts for the first Covid budget in 2020.

‘But there is more to do and now is not the time to risk the gains we have made in our economic recovery with Labor’s higher taxes,’ Mr Frydenberg added.

The treasurer added that the country’s economic recovery from coronavirus pandemic had seen a record 13.4million people find employment.

With more Australians in jobs, anticipated revenue upgrades from higher income tax earners will be put towards a sizeable cost of living package.

The surging cost of living and skyrocketing fuel prices are tipped to be high on the agenda as the government seeks to smooth out issues before the federal election. 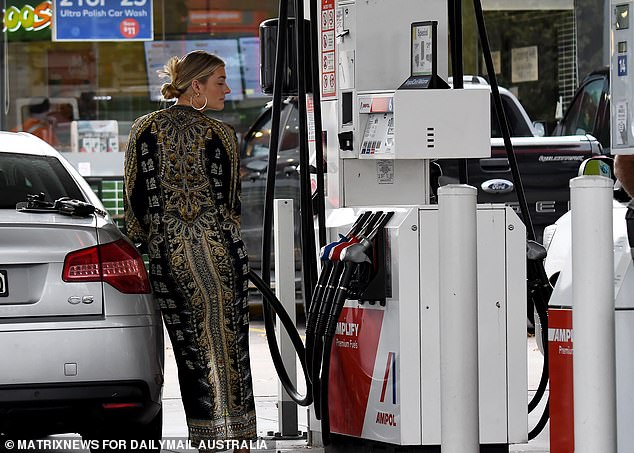 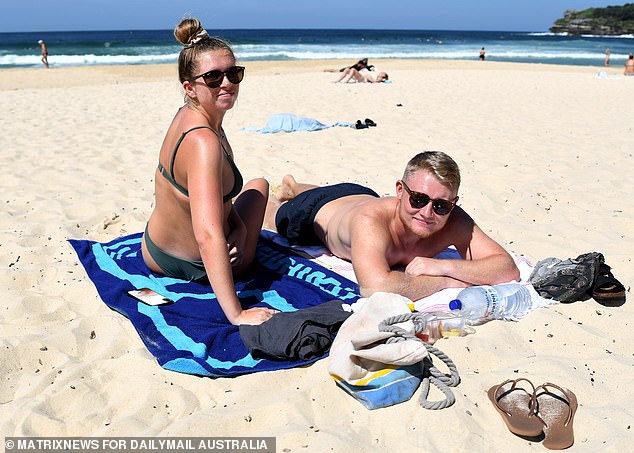 The cost of living is expected to be tackled with a one-off $250 payment for about 10 million Australians earning up to $126,000

Tax cuts – including slashing the 44 cents-a-litre fuel duty by up to 20 cents and slashing beer duty by 30 cents – are likely on the table, with Scott Morrison also hinting one-off cash handouts are on the cards.

More than 2.3 million small businesses are expected to receive $1.85billion in cash flow support, while welfare payments will be bumped up and childcare subsidies will be revamped.

The first-home buyers scheme will see an expansion, while cash injections are on the cards for defence, construction, family, domestic, and sexual violence prevention.

The upcoming budget will also see boosts to funding for new workers, housing, energy, the regions, aged care, research and the digital economy. 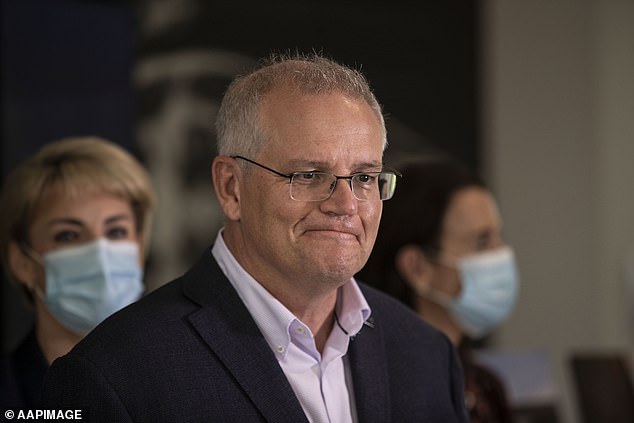 The Prime Minister on Monday said the government’s economic strategy was seeing results because a record number of people, including women, were in jobs

There will also be incentives for workers looking to join the aged care industry with $48.5million to be invested in training over the next two years.

The Prime Minister on Monday said the government’s economic strategy was seeing results because a record number of people, including women, were in jobs.

‘Unemployment is now at 4 per cent and it’s going to a 50-year low as a result of the economic plan we’ve been putting in place. And the budget will add further to that economic plan,’ Mr Morrison said.

He also recognised the pressure on small businesses and said a ‘suite of measures’ had been designed to address the soaring cost of living.

Bookshop manager Alyssa Reinke, who runs Title Barangaroo, would like to see more support for small businesses, like grants to help them pivot online, as they continue to grapple with the aftermath of the pandemic.

‘JobKeeper was immensely helpful for us, especially because we’re in such a corporate area,’ Ms Reinke told Daily Mail Australia.

‘[But] we really rely on our corporate customers and they haven’t been back to work for two years now and that has been brutal on us. It’s been a ghost town. 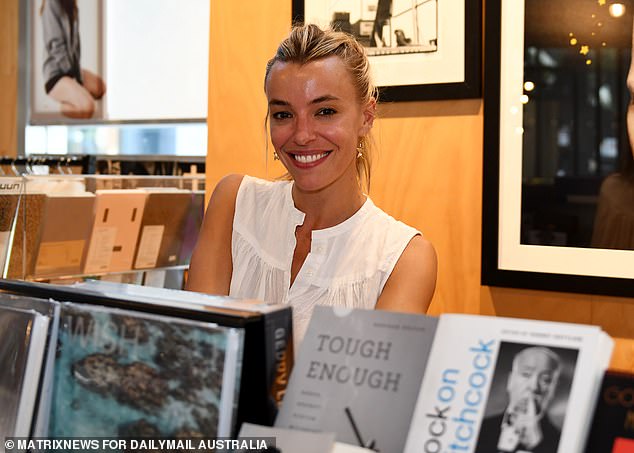 Bookshop manager Alyssa Reinke, who runs Title Barangaroo, would like to see more support for small businesses in the upcoming budget

‘Something definitely in support of small businesses [would be great].

‘Even incentives for people to come into the city or a grant to help businesses build in someway, like going online or holding events, that would allow them to shoulder the burdens of people not coming in store.’

Ms Reinke said JobKeeper worked ‘so well’ and kept them afloat, but it was ‘tough’ for the business once the payment was removed.

‘They kind of expected everything would go back to normal, but being in such a corporate area, that has not happened at all,’ she said.

‘You know we are not even at 50 per cent what we used to be. So many places around Barangaroo have closed. It used to be such a destination to have lunch and shop, now it is just waiting.’

FEDERAL BUDGET – WHAT WE KNOW SO FAR:

* With the COVID-19 pandemic, flooding and Ukraine-Russia war creating headwinds, Treasurer Josh Frydenberg is emphasising the ‘fiscal dividend of a stronger economy’

* Budget deficit estimated to be around $70 billion, instead of the $98.9 billion estimated in the mid-year budget review in December 2021

* Debt is edging towards $1 trillion, but budget papers will show it stabilising before declining in the medium term based on continuing economic growth

* Budget papers will give a conservative estimate of revenue from minerals such as coal and iron ore, despite them earning record prices

* $189 million over five years to strengthen prevention and early-intervention efforts in family, domestic and sexual violence

* $104 million to prevent technology and devices being used to perpetrate or facilitate family, domestic and sexual violence

* Medicare to cost around $126 billion over four-year forward estimates

* $61.2 million for the Australian Genomic Cancer Medical Centre to research and develop drugs for people with advanced cancers

* $1.2 billion over four years for an expanded Transition to Work employment service for disadvantaged youth

* Pension and welfare payments rise from March 20, benefiting 4.9 million people and costing the budget $2.2 billion extra over the year

* Extension of the 50 per cent reduction in minimum drawdown requirements until June 30, 2023, for self-funded retirees

* $4.3 billion to help build a new dry dock facility in Henderson, Western Australia, with construction to start in 2023

* Defence spending expected to be around 2.1 per cent of GDP

* $282 million in the Northern Territory for 34 capability projects, and maintenance and servicing work

* Critical minerals industry to get $200 million Accelerator grants program, $50 million to support research and development, and an updated industry strategy

* Support for Moderna to build manufacturing plant for the production of mRNA vaccines.