Juventus stars have made the journey to Amsterdam ahead of their Champions League quarter-final clash with Ajax.

The Juve squad were pictured boarding their plane after taking a bus ride from their airport terminal on Tuesday afternoon.

Cristiano Ronaldo, who initially had been an injury doubt, has travelled with the rest of the squad, giving Juventus a significant boost ahead of the first-leg match.

The Portugal star was seen posing for a picture with his team-mates on the plane as they departed Turin.

Ronaldo is now expected to play some part of Wednesday’s match after recovering just in time from a thigh injury.

The 34-year-old took part in full training in their final session before leaving for Holland on Tuesday.

The Juventus team are due to land in Amsterdam later this evening and will head off straight to their hotel and will have a light training session on Wednesday. 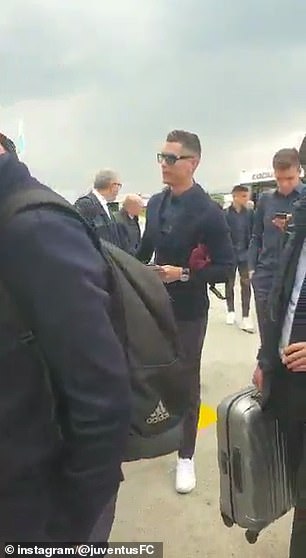 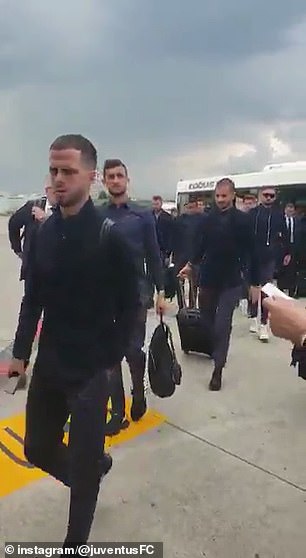 Both teams head in to the tie brimming with confidence having overturned significant deficits to progress.

Juventus staged a dramatic comeback against Atletico Madrid courtesy of a Ronaldo hat-trick in the last round to seal a place in the quarter-final.

While Ajax remarkably thrashed reigning champions Real Madrid 4-1 at the Bernabeu to book a date with Juventus.

The winners of this tie will face either Tottenham or Manchester City in the semi-final. 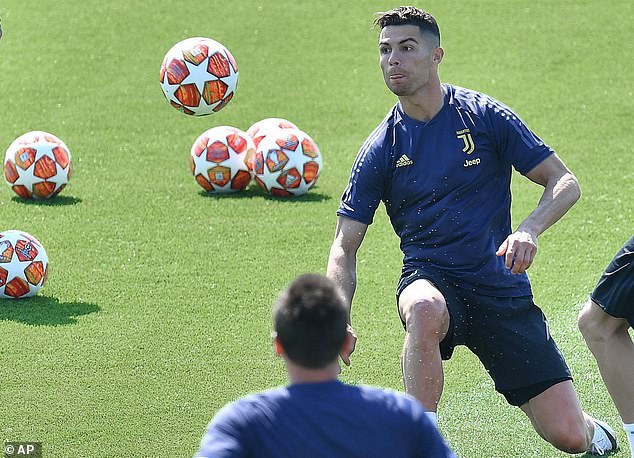