The rain was pouring down at Real Madrid’s Valdebebas training ground but the sodden conditions did little to dampen Cristiano Ronaldo’s spirit.

Ronaldo is on a remarkable run of form with 23 goals in his last 13 matches for Madrid and looked completely at ease during the session.

Madrid are gearing up to face Juventus in the Champions League quarter-final second leg on Wednesday evening at the Santiago Bernabeu. 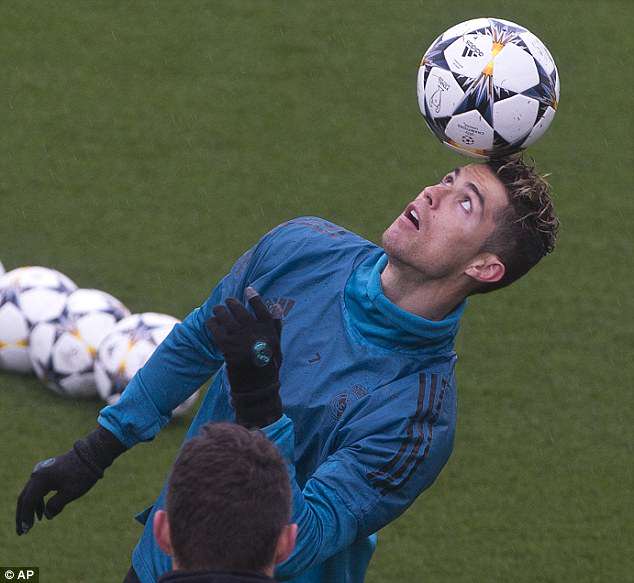 Ronaldo netted twice in the 3-0 first-leg victory including an incredible overhead kick past Gianluigi Buffon that earned a standing ovation from Juventus supporters at the Allianz Stadium.

Los Blancos are bidding to secure a third successive Champions League title having become the first team ever to successfully defend it last season.

Manager Zinedine Zidane watched on wearing a hooded jacket as the likes of Luka Modric, Karim Benzema and Gareth Bale trained in the rain.

Bale started the 1-1 Madrid derby draw against Atletico on Sunday, in which Ronaldo’s opener was cancelled out by Antoine Griezmann’s equaliser. 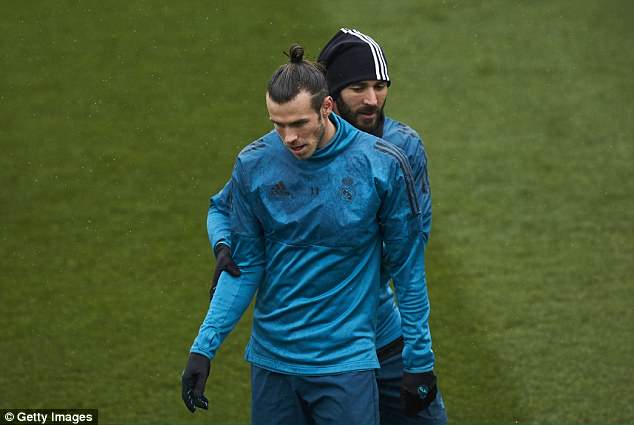 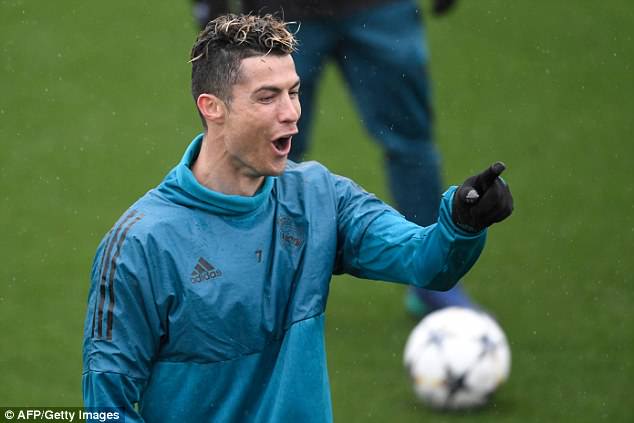 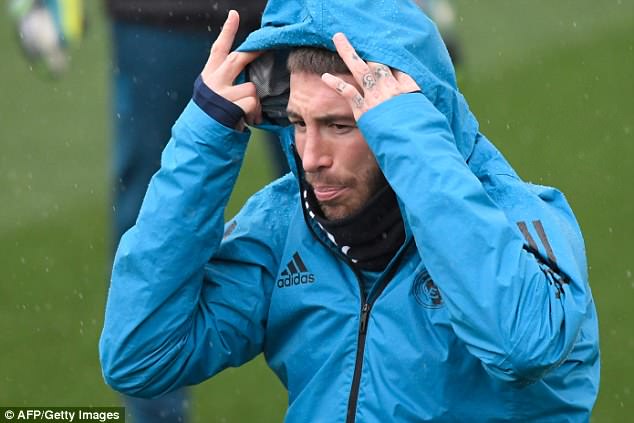 The Welshman impressed after being preferred to Karim Benzema and will be pushing for a place in the starting XI on Wednesday.

Bale’s future at the club is in doubt after a disappointing campaign in Madrid where he has struggled to nail down a regular place in the starting XI.

But his agent Jonathan Barnett refuted those suggestions and says Bale is 100 per cent committed to remaining a Madrid player.

‘Gareth is a Real Madrid player and loves Real Madrid and Real Madrid love Gareth,’ Barnett told ESPN. ‘All this talk about leaving is written by reporters who have no idea what is going on and who need to write something and don’t care if it is true or not.’ 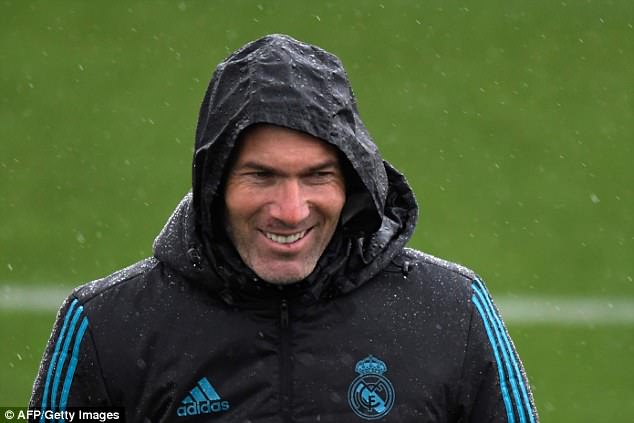 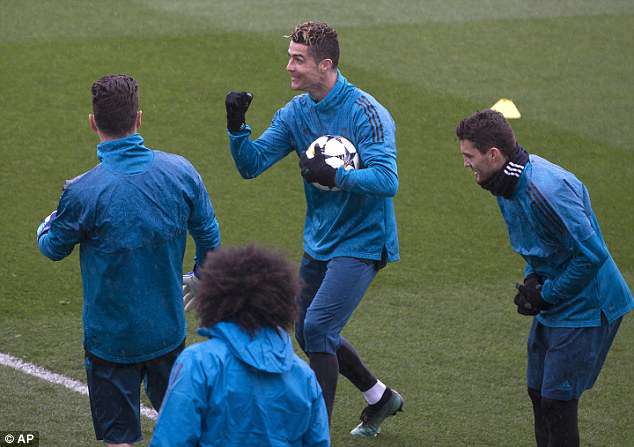 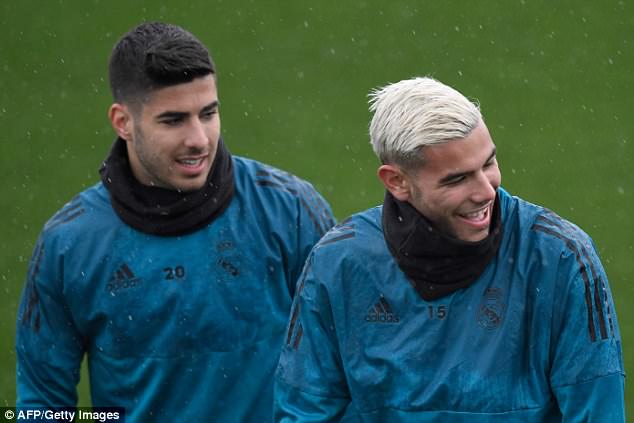 Captain Sergio Ramos will be unavailable for selection due to yellow card suspension, youngster Jesus Vallejo could deputise in his absence should Nacho fail to recover from a muscle injury in time.

As if Juventus’ task wasn’t hard enough, they will be without striker Paulo Dybala for the second leg after the Argentine was sent off for two bookings in Turin.

But despite the deficit, Giorgio Chiellini insisted Juventus must remain positive ahead of the tie and urged his team-mates to forget about the first leg.

‘We’re not crying about what happened, and we go to Madrid with the desire to play a good game,’ Chiellini said ahead of Wednesday’s match. ‘In football and in life you never know what can happen, and to go there and put on a good display even in view of next year would be important.’