Cristiano Ronaldo and Real Madrid take off for London

Cristiano Ronaldo and his Real Madrid team-mates have left the Spanish capital and are headed to London ahead of their crucial Champions League clash with Tottenham.

Zinedine Zidane’s side will walk out in front of a sold-out Wembley on Wednesday evening, with the winners to emerge favourites to top Group H.

And despite their illustrious history, which includes 12 European titles, it will be the first time any Real Madrid team has taken to the pitch at England’s national stadium. 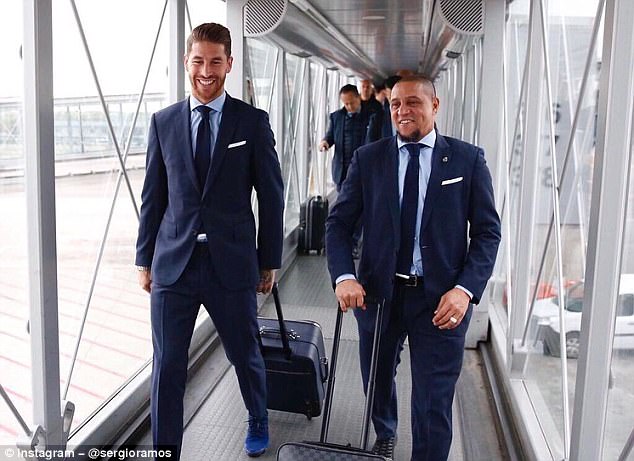 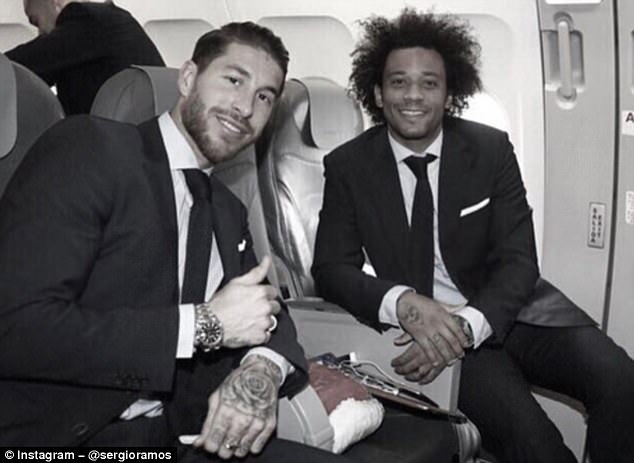 Ronaldo was on hand to spare his Real’s blushes when the pair met earlier this month at the Bernabeu, the Portuguese cancelling out Raphael Varane’s own goal from the penalty spot before the break.

The Best FIFA’s Men’s Player of the Year was part of a Madrid side that were shocked by newly promoted Girona at the weekend in La Liga, as they lost 2-1 to the Catalan club on Sunday.

However, the smiles appeared to have returned to the faces of the players and staff as they boarded their flight for London, Ronaldo posting a picture of himself sat beside midfielder Toni Kroos. 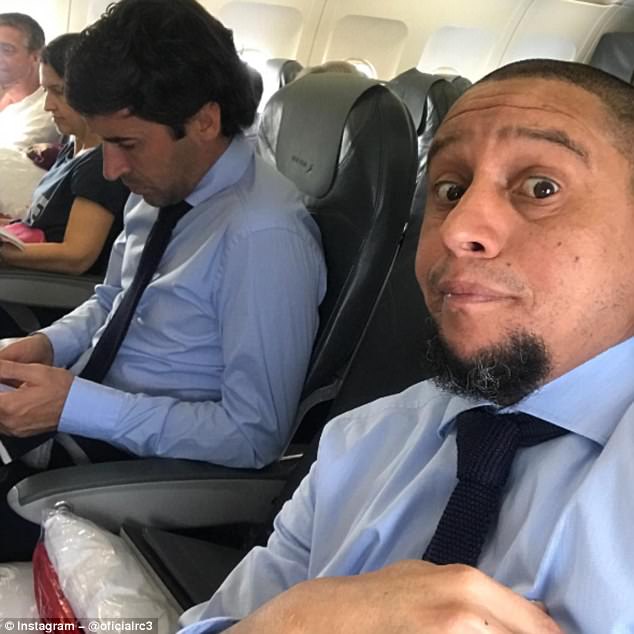 Sergio Ramos appeared to have put the nightmare in Catalonia to the back of his mind, and looked as sharp as ever as he made his way to the aircraft alongside ambassador Roberto Carlos.

The defender then made his way to his seat alongside Marcelo as they prepared for the short flight to the UK.

‘Wembley, here we go,’ was the message accompanying the captain’s posts.

One Real player who is not on his way to London is former Spurs star Gareth Bale.

The Wales international, who scored 56 times in 203 appearances for the north London club before his move to Spain in 2013, didn’t make the 19-strong squad after failing to shake off a calf injury.