When Cristiano Ronaldo eventually calls time on a career drowned in trophies, he will be sorely missed by football supporters. But it may not be the end of the Ronaldo legacy.

The Portuguese forward has held up his end of the bargain as he has continued to terrify defenders with the Ronaldo name – following on from the Brazil legend – and now it seems his son is the next to continue the tradition.

Aptly-named Cristiano Ronaldo Jr, who put on a show for the watching crowd in Cardiff after Real’s Champions League triumph in May, has shown but a glimpse of what the footballing world should expect in the coming years after the youngster scored a thunderbolt in a youth game this week. 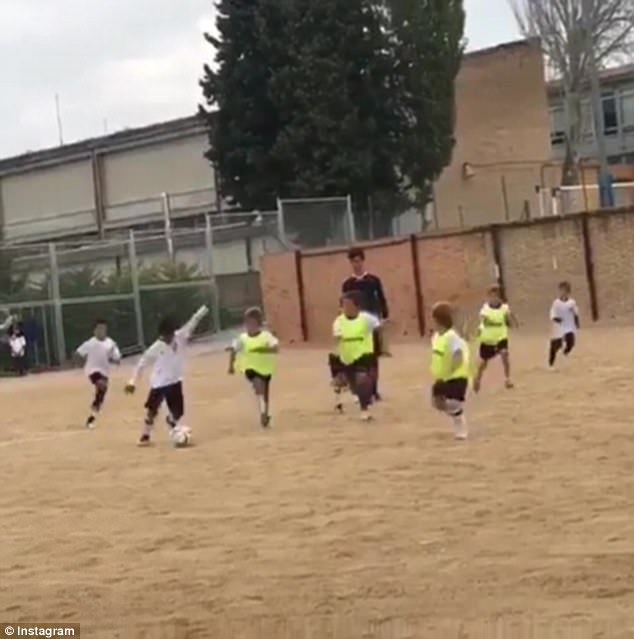 Posted on his dad’s Instagram, the seven-year-old scored a screamer on a sandy pitch in Spain 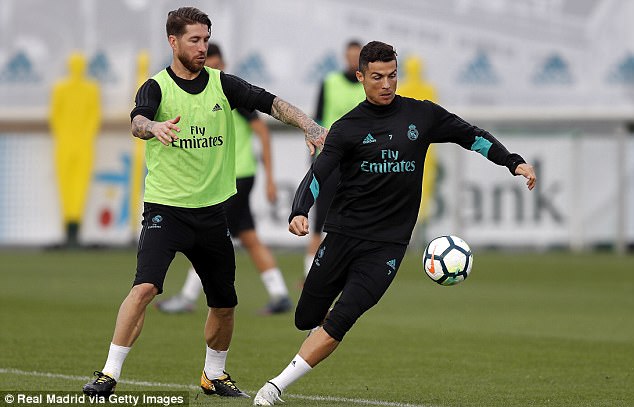 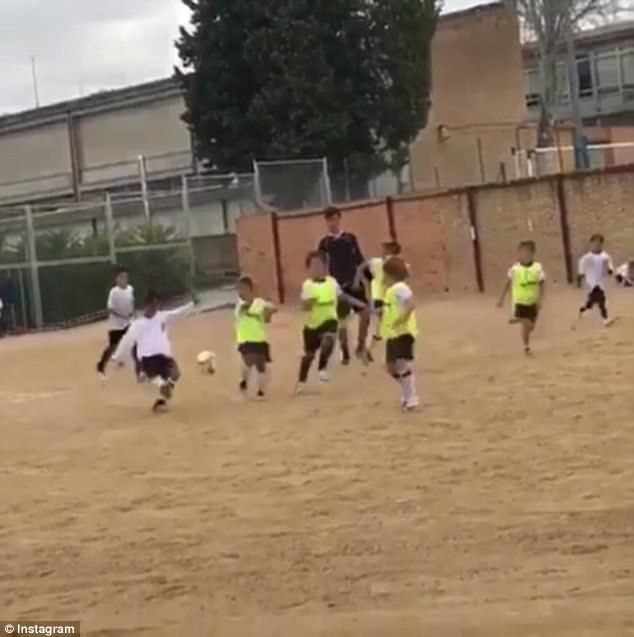 The seven-year-old showed he has inherited his father’s eye for goal as he fired a strike into the top-right corner of a sandy pitch.

Ronaldo, who was enjoying some time off ahead of Real Madrid’s La Liga clash with Eibar on Sunday at the Bernabeu, posted the video on his Instagram account accompanied by a well-selected emoji.

It was a goal that has been well-received by his followers, with one Ronaldo fan, ‘nelson_percius’, commenting: ‘I saw Cristiano, my kids will see Cristiano Jr’.

It’s not the first time an insight into Ronaldo Jr’s talents has been given after former Manchester United team-mate Rio Ferdinand paid the Ronaldo’s a visit in October, as well as a free kick fired in in typical Ronaldo fashion on the sandy pitches of Madrid back in May. 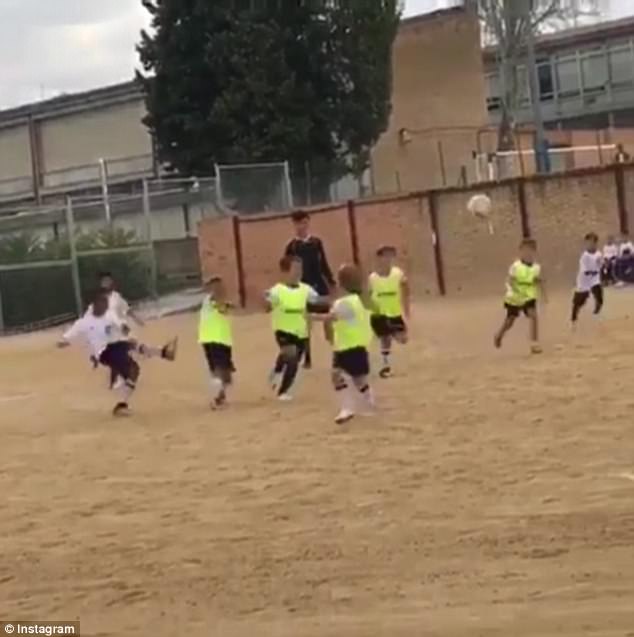 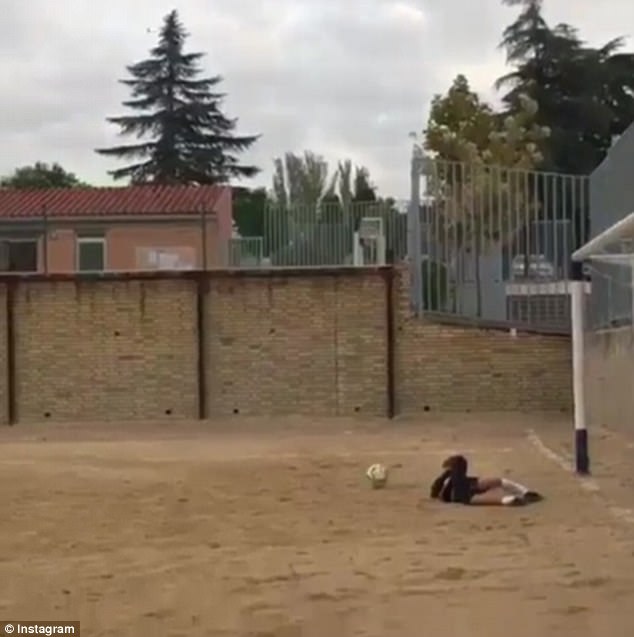 Which fires into the top corner of the opposition goal, met by appreciation from Ronaldo

But the youngster will have to go a long way to replicate the achievements of his father, who has recently been nominated for yet another FIFA Ballon d’Or.

The Portuguese striker has been in hot form this season as he continues his rivalry with Barcelona’s Lionel Messi, which he has struggled to compete with so far this season.

Ronaldo has managed just one goal in his four La Liga appearances – compared to Messi’s 11 – but his penalty against Tottenham on Tuesday night took his tally up to five for the competition.

After being held to a draw by Spurs, Real are now second in group H and level on points with Mauricio Pochettino’s side. 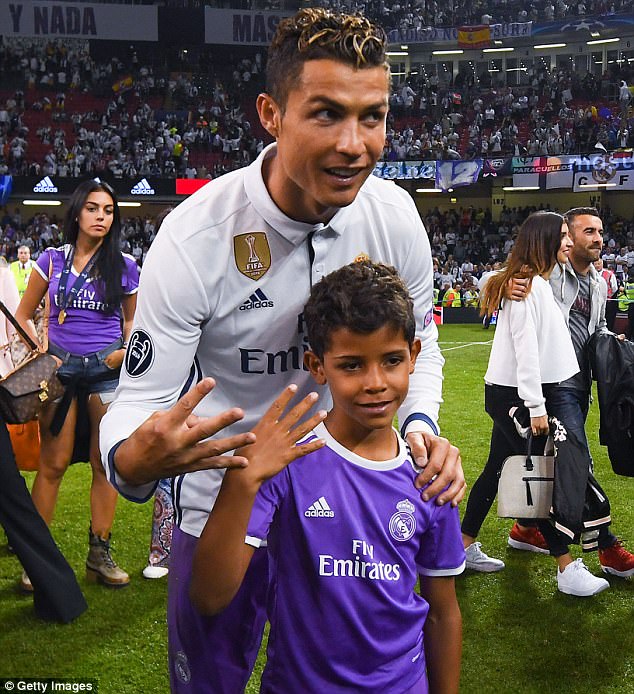