Cristiano Ronaldo: FIVE reasons why he should not leave Manchester United for Napoli

Cristiano Ronaldo has been wanting to escape Manchester United the entire summer, but time is now running out for the 37-year-old to secure a move away from Old Trafford.

With the transfer window to slam shut on Thursday, it appears there may be an escape route for the former Juventus star with reports linking him with a move back to Serie A with Napoli. Ronaldo’s agent, Jorge Mendes, is also talking with Sporting over a last-minute switch.

Champions League outfit Napoli would welcome the Manchester United star as an heir to club legend Diego Maradona but it would be very difficult to place the player in an environmental context that is difficult to change and the comparison with the club’s most famous player would be harmful for everyone. 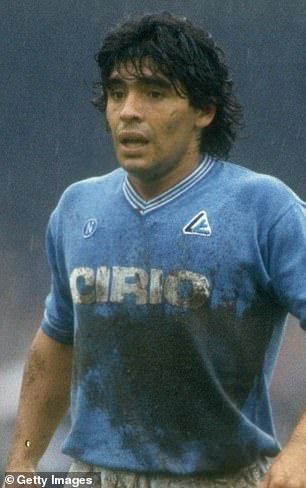 Maradona is like the Naples patron saint Januarius and the risk is that Ronaldo can be considered as Judas should he betray the expectations placed on him from one of the most passionate cities in Europe.

Cristiano Ronaldo and Napoli are two opposite worlds that could hardly get along. While the forward wants a club who will feature in the Champions League he does not have Napoli as the first team on the list of clubs he wishes to join.

He is simply wanting to fulfill the dream of playing again in the Champions League. Ronaldo is not a simply player, he is a star of the Hollywood world who has private jets, £500,000 watches on his wrist and a lifestyle so sophisticated as to be unique in the world.

To insert a player so self-centered and so bulky in the eye of a needle of a young and fresh Napoli side that has never won a league title is very difficult. 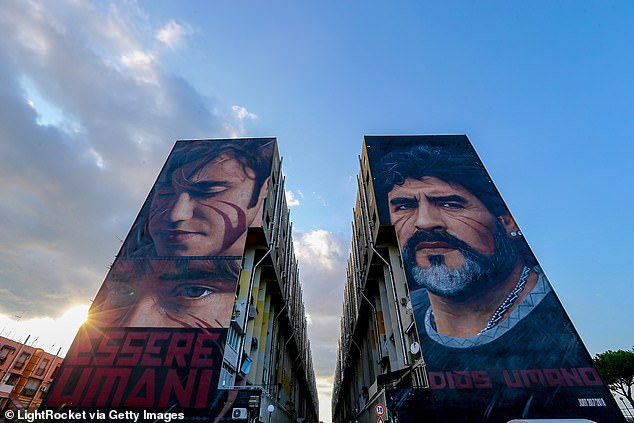 Napoli fans though view this highly intriguing transfer with great excitement. They would like Ronaldo to be able to dream of a stellar attack by winning with a player who for three years was the lone leader in Juventus.

At the same time, fans are worried about how he would profoundly change the style of the team, risking conflict with the Portuguese star just as happened with Francesco Totti at Roma.

Cristiano Ronaldo at Manchester United has quarreled with practically everyone, including the media, but this attitude would be even more difficult to deal with in Italy considering the great media attention that Naples experiences where everyone, from the penniless retiree to the rich entrepreneur, talks about football as if they had played 500 games in the top flight.

Ronaldo cannot afford star attitudes and the risk of going from being a God to being a busted flush is very high. So, with that in mind, here are the five reasons why a move to Napoli may prove ill-fated for the Portuguese international. 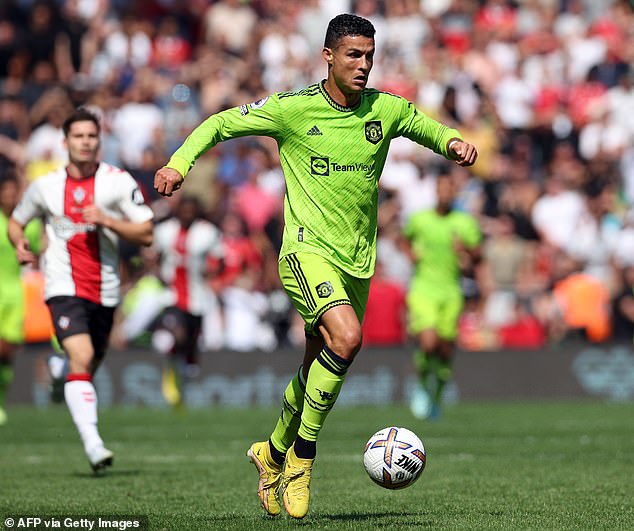 Ronaldo does not fit into Napoli’s system

Napoli boss Luciano Spalletti is the charismatic leader of his side and he has his players disciplined in his formation to precise tactical details. There are fears that trying to shoehorn a similar figure like Ronaldo into the side could provide an imbalance.

The team plays by heart and the presence of Cristiano Ronaldo would destabilise the 11 men on the pitch and Spalletti’s 4-2-3-1 formation would suffer a decline in terms of speed and dynamism.

Ronaldo is not an ordinary player and for this reason he must be protected by the manager even in training. As Ronaldo’s former Juve boss Max Allegri argued, he is a company that walks on two legs and for this reason has a very selfish approach to the world of football and the events of the team in which he plays. 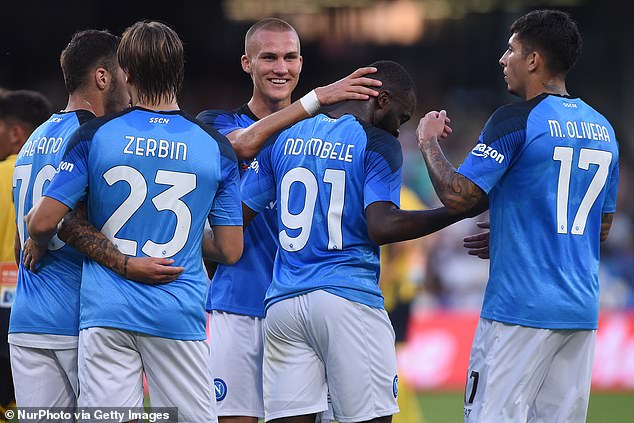 His way of playing does not include the defensive work others do and this would be detrimental to the balance of Spalletti’s team which has always wanted to orchestrate the attack and defence phase even with the participation of the most advanced players on the pitch.

However, Italian football is slower than what is played in the Premier League and Ronaldo would be even more effective than he has seen in the last 12 months spent in Manchester, scoring 24 goals in 39 games.

Ronaldo is a heritage of football and around him a perfect organisation is needed that perhaps Napoli, as a club, does not have.

The arrival of Ronaldo would also create many problems in the tactical management of the team because if Victor Osimhen were to remain, considering the purchase of Antony by the Red Devils, it would be difficult to find a place for Khvicha Kvaratskhelia.

The Georgian 21-year-old star has three goals from as many matches and has impressed as a left winger.

This problem is technical as well as tactical but also financial because ‘Kvara’ represents an economic asset to be preserved in case of future sale.

Arriving in the summer for £8.5m (€10m) his price has already tripled and within 12 months he could become a new global star. 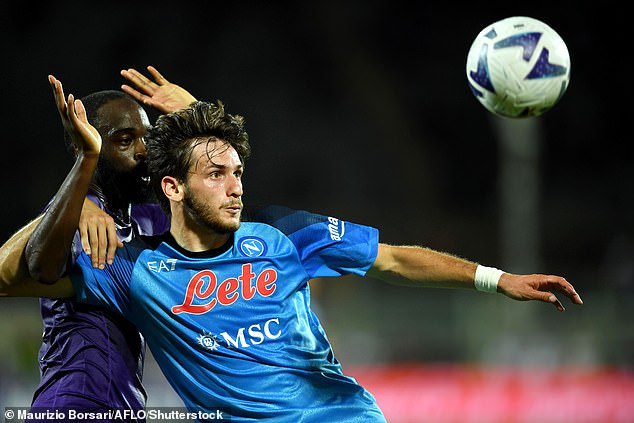 Napoli owner Aurelio De Laurentiis has always defined players over the age of 32 as old but the purchase of Ronaldo would be a great economic business that would guarantee Napoli to pay nothing, or only a small part, of his high salary received at Manchester United.

This solution is intriguing and very speculative but it would risk the development of Kvaratskhelia at the Maradona Stadium.

Would a year of experimenting with Ronaldo be worth harming crucial years in Kvara’s career?

Another Totti situation for Spalletti?

The quarrels between Roma’s former No 10 and Spalletti are so infamous that they inspired a film about Totti’s life and his troubled relationship with the Tuscan coach who tried to limit his talent while respecting the balance of the team.

Spalletti is an intelligent and very conversational coach who is always keen to put his team first beyond any player.

With Cristiano Ronaldo, the situation would be completely different because the remaining 10 players on the pitch, including the goalkeeper, would have to live 90 minutes obsessed with feeding the Portuguese forward. Now the feeling is that Ronaldo is not the icing on the cake but a Portuguese dessert too alcoholic to keep the whole team sober.

If Spalletti decided to leave Ronaldo on the bench all the cameras and the eyes of the fans would be ready to immortalise the grimaces of the forward, as happened recently in Manchester. 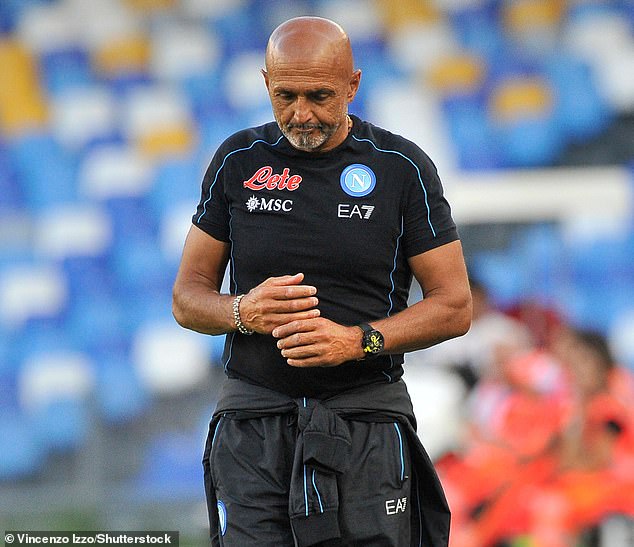 Delays in training or the difficulties in communicating with the team would also have a great sounding board to trigger a media hurricane in every game. Luciano Spalletti is currently the best Italian coach and the extraordinary work done in the last 90 days proves it having kept the club stable following key departures.

No man in the world would have kept the Napoli coach calm at the news of the separation from David Ospina, Kalidou Koulibaly, Dries Mertens and Lorenzo Insigne but Spalletti loves men with strong destinies, as he likes to repeat often, and has chosen the uphill road. Now the media pressure regarding the Ronaldo operation, however, risks making his patience waver.

Spalletti is in love with the city and dreams of winning the Serie A title would also give himself the joy of being one of the few coaches to celebrate a victory far from the Turin-Milan-Rome triangle.

Spalletti fears that Ronaldo could water down balance and the fighting spirit of the team and this torments him even if Ronaldo has never shown this publicly.

Would Ronaldo make way on set-pieces?

Ronaldo has taken numerous free kicks during his Serie A career but in 99 per cent of cases his shots never went to goal. Dusan Vlahovic’s free-kick for Juve against Roma was their first since the Portuguese star’s last goal against Torino in 2020.

This egotism could create a lot of discontent in other players who usually want to go for goal from distance or the penalty spot. Ronaldo would become a more useful character to promote record takings in a De Laurentiis film but he would hardly be able to create harmony in a team with a well-defined philosophy where until now selfishness has never existed.

Ronaldo drama is that he still thinks he is the player of 10 years ago but in reality he is a rather eccentric stunt double who cannot accept the passing of time. 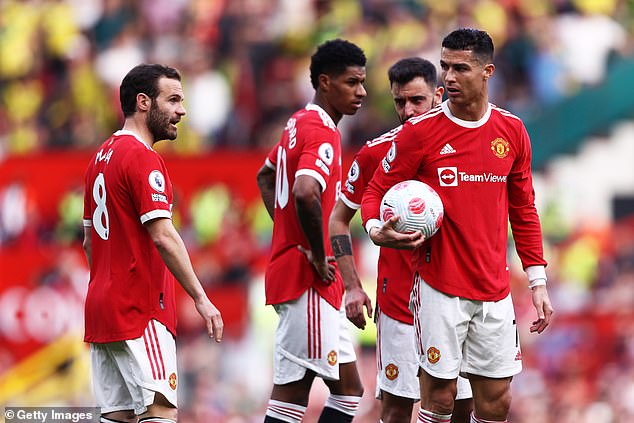 This is the most recurring question in Naples because Manchester United, after paying £84m (€100m) for Antony, have no intention of spending another £84m for forward Victor Osimhen.

Without swap the negotiation is possible but it is very difficult because it has some gaps both at an economic and a tactical level.

Osimhen, Ronaldo, Raspadori, Simeone, Lozano and Kvara would be too many and Spalletti would suffer too much pressure in managing the line up. Osimhen dreams of becoming top scorer and if he stayed to play with Ronaldo there would be a constant quarrel over scoring opportunities such as penalty kicks. 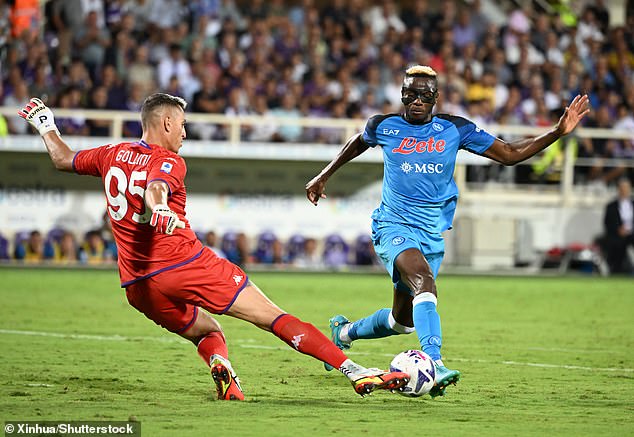