Manchester United’s unsettled striker Cristiano Ronaldo may finally have a route away from Old Trafford, albeit a slightly left-field one.

Brazilian club Corinthians have expressed an interest in the Portuguese star, with their president reportedly ‘keeping an eye’ on him.

The move is unlikely to be Ronaldo’s first choice, as he was thought to be hoping to find another Champions League club to help him cling on to his record as the tournament’s leading goal scorer.

He is currently 15 goals ahead of his arch-rival Lionel Messi, who could play 13 UCL games for PSG next season.

However, the 37-year-old is short on suitors and has already been turned down by Chelsea, Bayern Munich and Atletico Madrid.

‘Aren’t Willian and Renato Augusto here? In football everything is possible and I have the obligation to give my best for Corinthians. 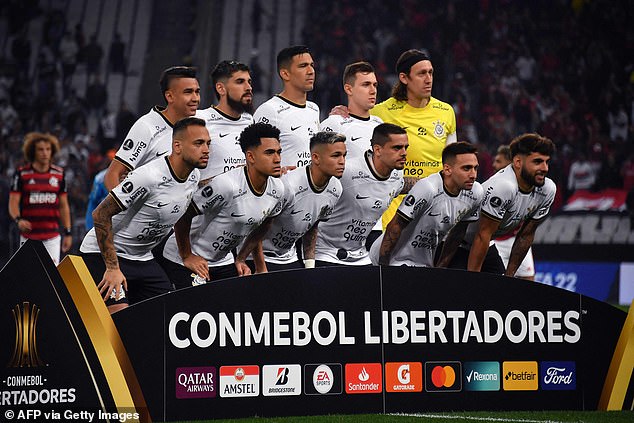 Corinthians are among the most successful clubs in the world, with 30 league titles

‘Is it possible? I don’t know. We didn’t try, we didn’t investigate, there was no such possibility, but we are keeping an eye on him. Imagine that he suddenly wants to play in Brazil…’

If Ronaldo was to make the move, he would be joining one of the most successful football clubs in South America.

Corinthians have amassed 30 league titles and won the Club World Cup as recently as 2012.

Despite his recent behavior, losing Ronaldo could still be a blow for United as they are yet to sign a striker this summer, and Anthony Martial’s pre-season injury means Erik ten Hag may have no choice but to pick his wantaway striker.