Cristiano Ronaldo gave a big indication he would be fit for the Champions League final after his involvement in Real Madrid’s first training session of the week on Tuesday.

The 33-year-old forward missed Saturday’s 6-0 La Liga victory over Celta Vigo — and the 3-2 win over Sevilla in the previous match — with an ankle injury sustained in the 2-2 draw at Barcelona earlier this month.

But the Portugal international tweeted a photo of himself on the training pitch with the ‘OK’ emoji after Tuesday’s session to indicate he could be on the way to recovery for the May 26 showpiece against Liverpool. 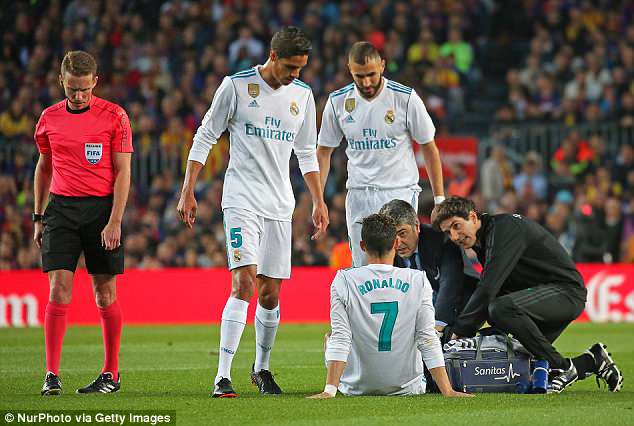 Five-times Ballon d’Or winner Ronaldo sustained a ‘slight ankle sprain’ after 17 minutes against Barcelona – moments after he levelled the scores at 1-1 – following a collision with Barca defender Gerard Pique and was replaced at the break.

He was, according to his club towards the end of last week, doing a mixture of indoor work and training on the pitch ahead of Saturday’s penultimate league fixture of the season.

Ronaldo stepped it up a notch on Tuesday with Real also giving a positive update on their official website, saying: ‘(Coach Zinedine) Zidane had full squad available for the first session of the week.’

Real travel to Villarreal as their LaLiga campaign comes to an end on Saturday with a week after that to prepare for their biggest match of the season against the Reds in Kiev. 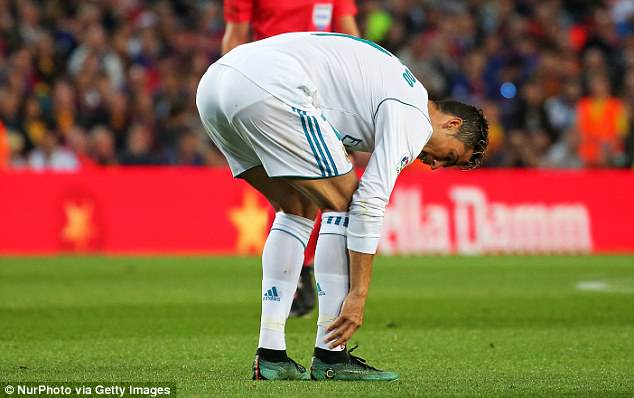