Cristiano Ronaldo is a creature of habit; the free-kick stance, the epic goal celebration and of course his standing on tip-toes for photos.

The Portugal star was head and shoulders above any Manchester United player at Old Trafford on Tuesday evening, but as they will know well, Ronaldo always has to be that little bit bigger.

He was again spotted adopting his rather unusual tip-toe stance as he lined-up for a team photo with his Juventus team-mates before Tuesday’s Champions League match.

Despite already standing at 6 ft 2 ins, Ronaldo has struggled to come to terms with his height throughout his career and standing on his tip-toes has become his trademark move to combat that.

It is a stance that has been showcased by Ronaldo in team photos and football events and ceremonies over the past few years and doesn’t seem to be going away anytime soon.

On the pitch, though, Ronaldo could do noting to take the limelight away from Paulo Dybala, who scored the game’s only goal to secure victory for the Italian side. 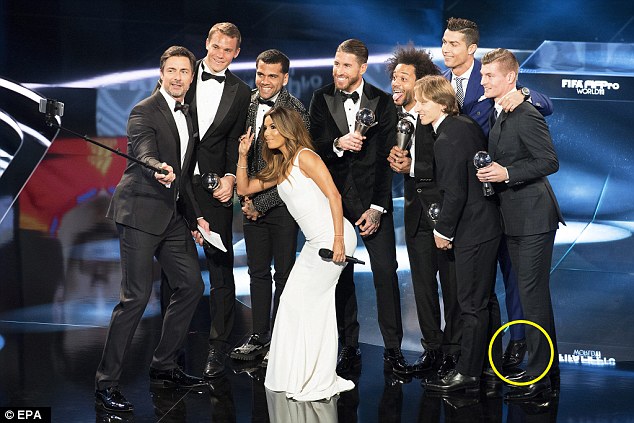 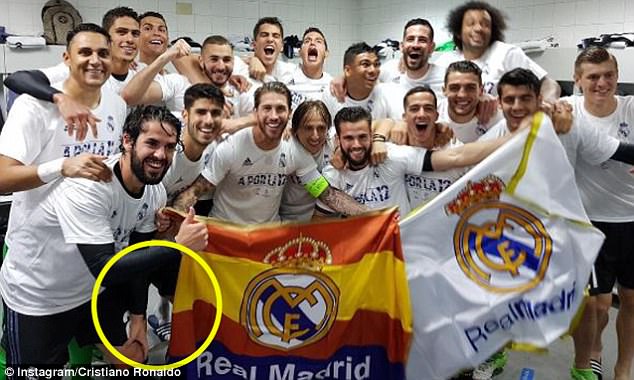 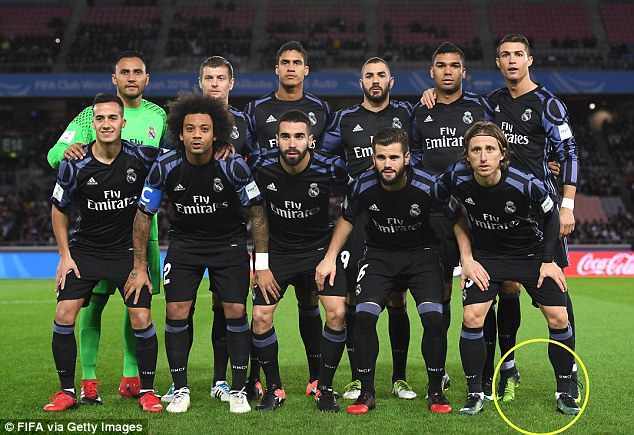 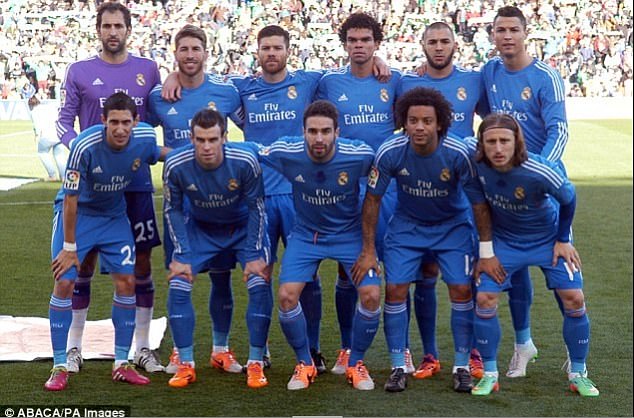 The 33-year-old did however put in a shift and was heavily invested in the match.

Despite being on the losing end, some United fans stuck around to applaud their former star off the pitch.

The win for Juventus all but guarantees qualification to the knockout stages while United remain in second and with a shout of going through after Valencia could only manage a draw at Young Boys. 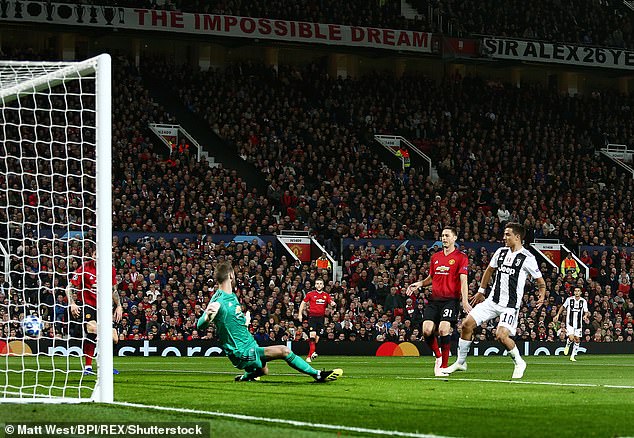 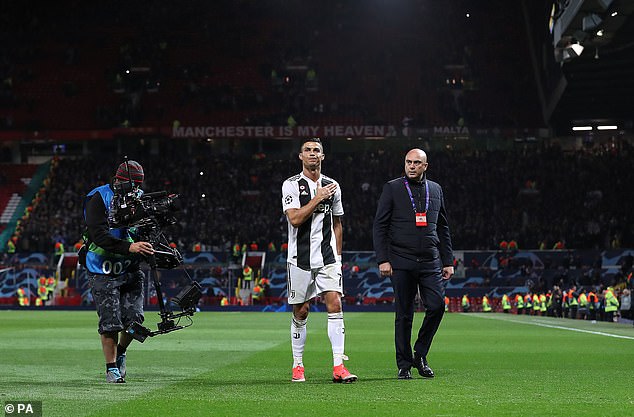