So he is going to Paris after all. On Sunday July 10 Cristiano Ronaldo is off to the Stade de France and he might just be about to have his finest hour.

If he leads a very ordinary Portugal side to a major international honour it would be his greatest achievement.

It would top all the medals he won at Manchester United; it would beat the three Ballon d’Or awards; the three Champions Leagues; and the incredible monstering of Real Madrid’s all-time goals record. 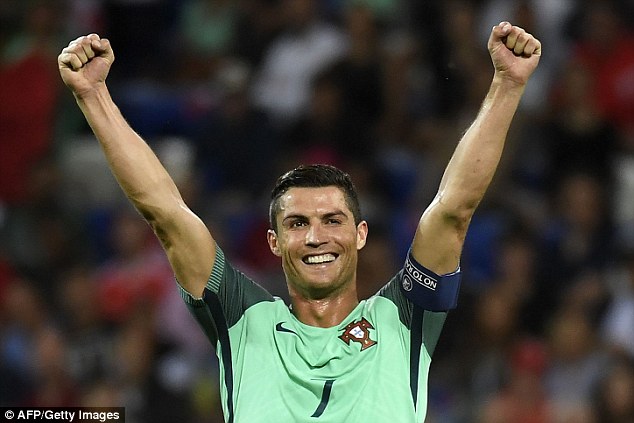 It would take him one step further than Lionel Messi whose finals with Argentina have all ended in defeat. It would even squeeze him into the debate about who is the greatest of all time. In terms of achievements, if Messi deserves a place at the same table as Pele and Diego Maradona, then so does Ronaldo.

Time seems to stand still for him. When he rose to head in Portugal’s 50th-minute opener Gary Lineker tweeted: ‘I’ve never seen a player leap as high and fly as long as Ronaldo can. What a remarkable athlete.’

There just seems to be no slowing up. Time passes, more and more records fall, and there seems to be as much hunger now as there was a decade ago. 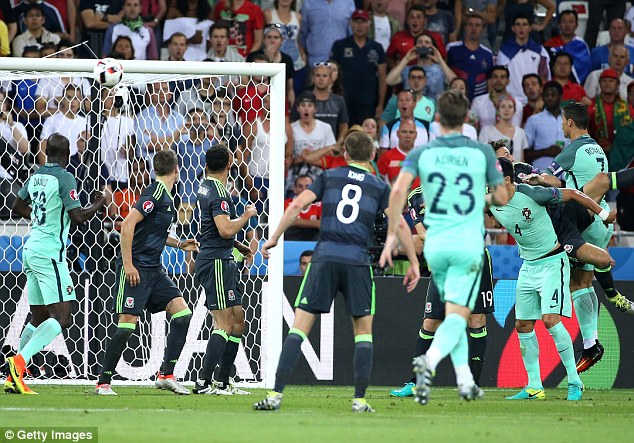 His goal on Wednesday night was his ninth in his fourth European Championship and takes him level with Michel Platini’s record.

With more shots on goal and more opportunity-creating passes, Gareth Bale – hampered by the absence of Aaron Ramsay – got the better of Ronaldo on several game statistics. But as far as vital statistics went, Ronaldo forced both the opening goal and the killer second – he decided the game.

The season started with the smart money on Messi leading Barcelona to their first back-to-back European Cups of the Champions League era, and Ronaldo being sold to Paris Saint-Germain by Real Madrid money men concerned that this would be their last chance to make a fortune from the sale of a player now over 30.

The dice never fell that way and it was Ronaldo who got his hands on the big club prize in Milan in May. 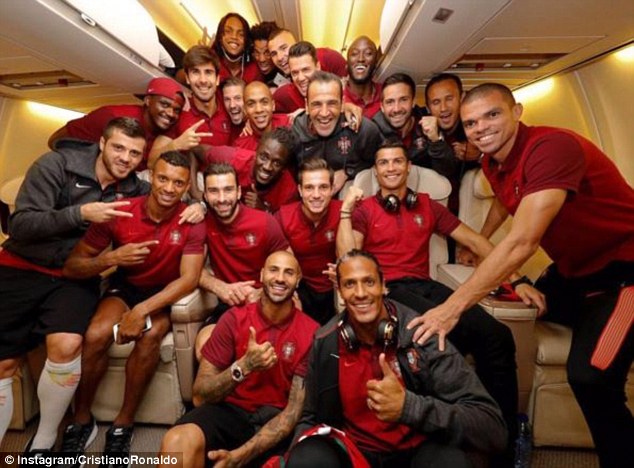 Ronaldo shared a picture of Portugal celebrating on the plane, following their semi-final win over Wales 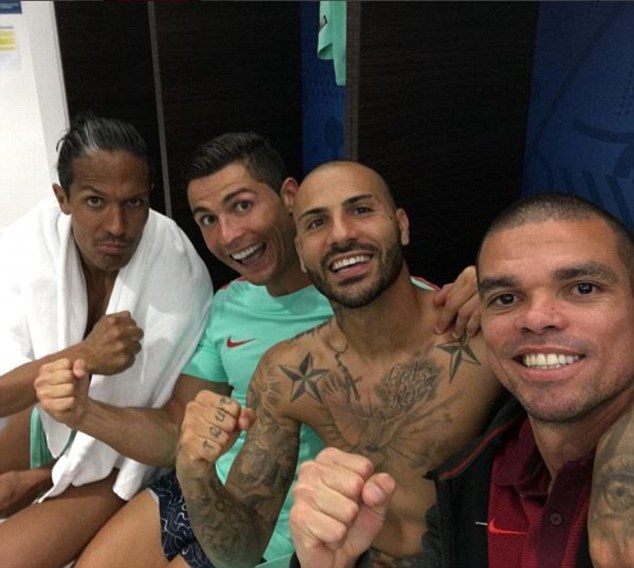 Ricardo Quaresma shared an image of himself alongside Bruno Alves, Ronaldo and Pepe after the Wales win

The smart money then backed Messi to make amends by winning the Copa America with Argentina in the US, while Ronaldo flopped again at the Euros with Portugal.

But once more the script has been rewritten. Messi was left in tears a beaten finalist once more and has since quit international football while Ronaldo is now within 90 minutes of making himself a European champion at club and international level.

On the day that Messi was sentenced to 21 months in prison for tax evasion, Ronaldo was beating the house in France.

Messi will appeal his sentence to Spain’s supreme court and will not have to serve it anyway because it is his first offence. The verdict was that he was ignorant to the way his money was being shifted around several tax havens but that he had ‘chosen to be ignorant’ and therefore was guilty. He will have been turning a blind eye to Thursday night’s action for sure. His arch La Liga rival on a high once more. 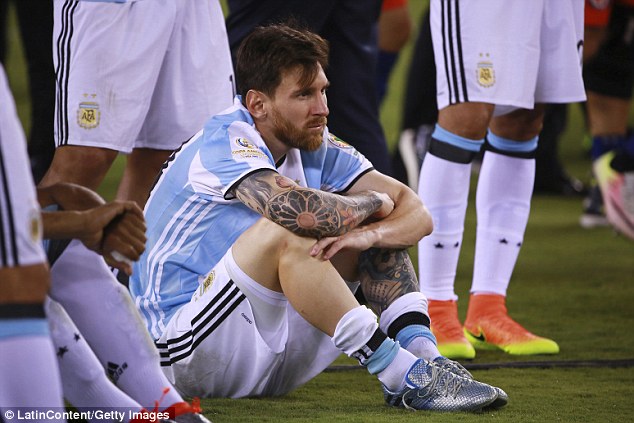 Ronaldo has long been compared to Lionel Messi, who has yet to win a major international prize with Argentina 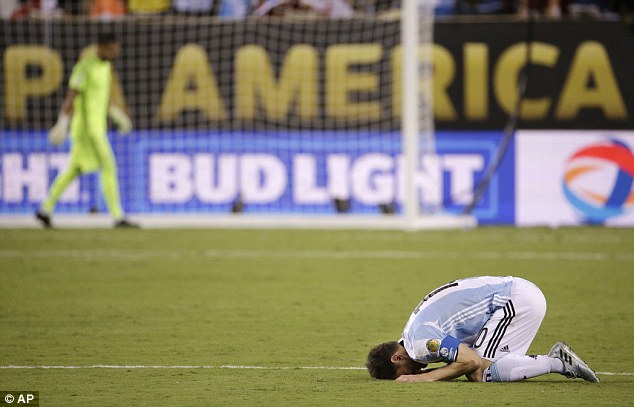 Ronaldo was a sorry sight at the last World Cup. While Messi marched to the final he was out by the group stage. He would start every training session at Portugal’s Campinas base camp with a thin bandage on his left knee and end it with a huge ice pack in the same place. Now it’s the champagne that’s on ice, 90 minutes from his greatest moment.

They will have to build a second statue of him and put another wing on his museum in Madeira. Real Madrid will have to give him a pay rise and FIFA another golden ball.

Then the World Cup would then be his last barrier. And who would bet against him. If Renato Sanches and Andre Gomes keep improving then he will not be alone in Russia. And at 33 does anybody really believe he will be even a half second slower or jump half an inch lower.

It’s a remarkable story of relentless competition; it shows no sign of letting up, and on Sunday it could reach a new zenith.