Before he gets ready for what could be the greatest night of his young life, Trent Alexander-Arnold will revisit one of the worst.

Liverpool’s right back has risen to every challenge over the last 12 months, so much so that he has forced his way into England’s World Cup squad. Alexander-Arnold does not get flustered, not even when he thinks about the task of trying to shackle Real Madrid’s armada of stars.

Mention Cristiano Ronaldo or the flying left back Marcelo and Alexander-Arnold will feel he has the tools to cope in Kiev. Why? It all revolves around a lesson he was taught by a Manchester City academy graduate named Brandon Barker, who spent last season on loan at Hibernian.

Alexander-Arnold had barely played in his current position when he made his debut for Liverpool Under 21s in a game at Anfield against City but he hasn’t forgotten the evening. Barker twisted him inside out, City won 3-0 and the then 17-year-old was substituted long before the end.

‘It brings back bad memories for me, but it’s those type of games that help you learn. They are the ones that you learn from the most. It’s not the good ones, it’s the bad ones. You make mistakes that you want to learn from, that you don’t want to happen again.’ Alexander-Arnold scored Liverpool’s first goal in Europe this season, a stunning free-kick in the 2-1 first-leg win against Hoffenheim last August, and he has not looked back.

There have been bumps in the road — the second leg of the semi-final in Rome was a particularly torrid evening — but, in the main, the 19-year-old has been exceptional, not least when he nullified Leroy Sane for two games in the last eight. His ability to remain unfazed in difficult situations helped persuade Gareth Southgate to include him in his 23-man party for Russia and the smile that breaks out as he relays the moment Klopp told him to cancel all plans for the summer speaks volumes.

The pair have an increasingly strong relationship and Alexander-Arnold is adamant he wouldn’t be anywhere near the England squad without Klopp’s guidance. 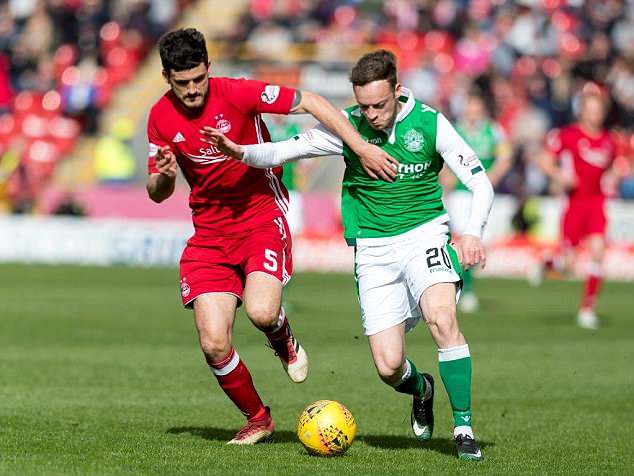 The manager told Alexander-Arnold about the England call while Liverpool were returning from a break in Marbella. ‘When we were in mid-air he came over and asked, ‘Have you got any holidays booked this year around World Cup time?’ and I said ‘No’. He said, ‘Well, Gareth Southgate’s been on the phone and told me to let you know you’re in the squad’.

‘I said thank you to the boss because without him I wouldn’t be where I am now. The faith and trust he has in me is why I’ve played so much and been able to develop. The way he treats me in training and the way he goes about it with the young players is unbelievable.

‘He really is a father figure to us all. We try to do what he says and hopefully I can make him proud on Saturday. It would be good to meet up with England and know I’ve won the Champions League.’ 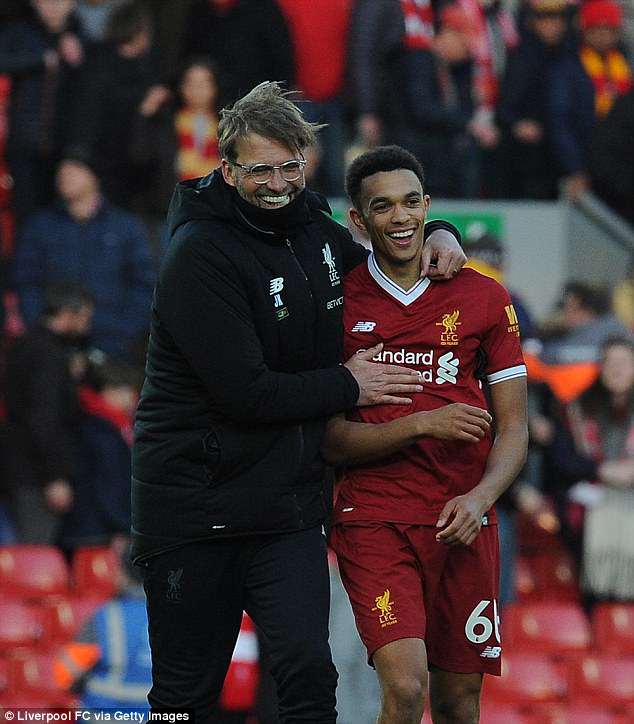