Cristiano Ronaldo could not inspire a Manchester United comeback after being left out of the starting XI in Erik ten Hag’s first competitive game in charge.

The Red Devils suffered a 2-1 defeat against Brighton, handing the new boss his first reverse in his first game of the Premier League season at Old Trafford.

Wantaway star Ronaldo was brought on eight minutes into the second half for Fred, after Pascal Gross had given the Seagulls a 2-0 first-half lead. 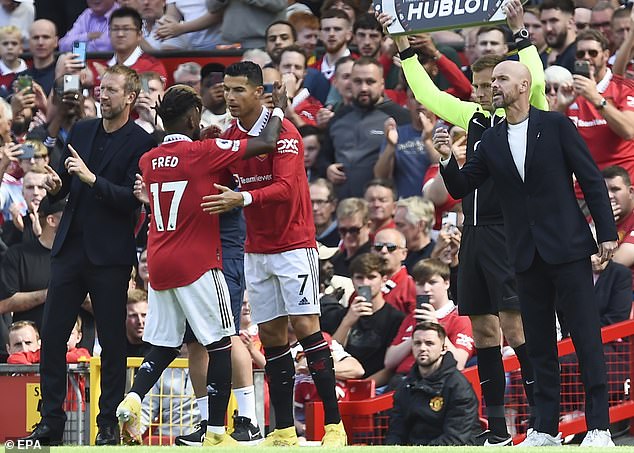 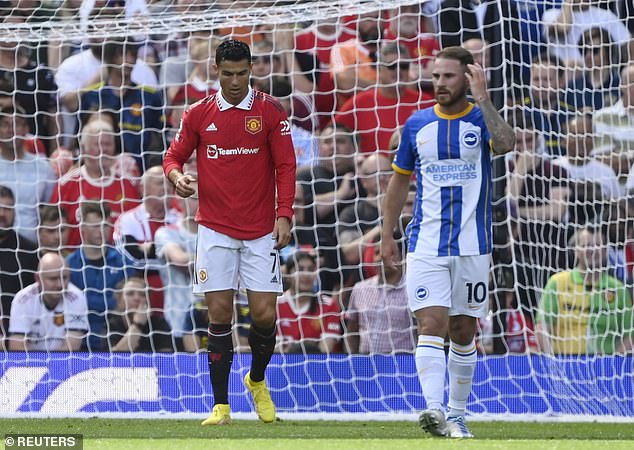 Alexis Mac Allister scored an own goal to hand United hope but Ronaldo and his team-mates could not force home an equaliser.

New signing Christian Eriksen started up front at the start of the game instead of Ronaldo but dropped back into a midfield position once the Portuguese had been subbed on.

The Portuguese forward has openly stated his desire to leave the club this summer for Champions League football after United’s poor season left them in the Europa League.

The ongoing saga of whether he will stay or go has undermined new manager Erik ten Hag in his first summer. 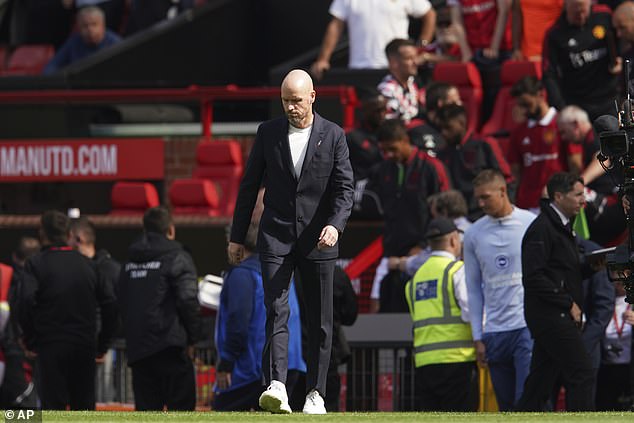 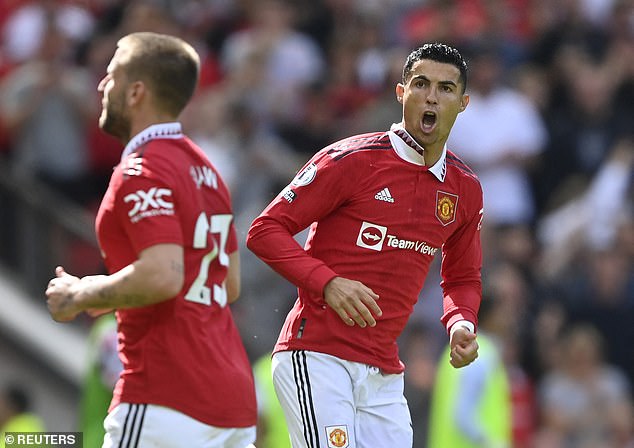 Dutchman Ten Hag labelled Ronaldo’s decision to leave Old Trafford before the end of United’s last friendly, after being substituted off, ‘unacceptable’.

Pundit and club icon Gary Neville said he was ‘disappointed’ with Ronaldo for creating a ‘messy’ start to Ten Hag’s new era, while Wayne Rooney has urged United to sell his former team-mate.

In the wake of an injury to Anthony Martial, the likely starter up front if fit, Ronaldo had declared himself ‘ready’ to play against Brighton on Instagram.

Jadon Sancho and Marcus Rashford will play behind lone striker Eriksen, with a midfield three of Fred, Scott McTominay and Bruno Fernandes. In defence, Lisandro Martinez makes his competitive debut, with new signing Tyrell Malacia on the bench. 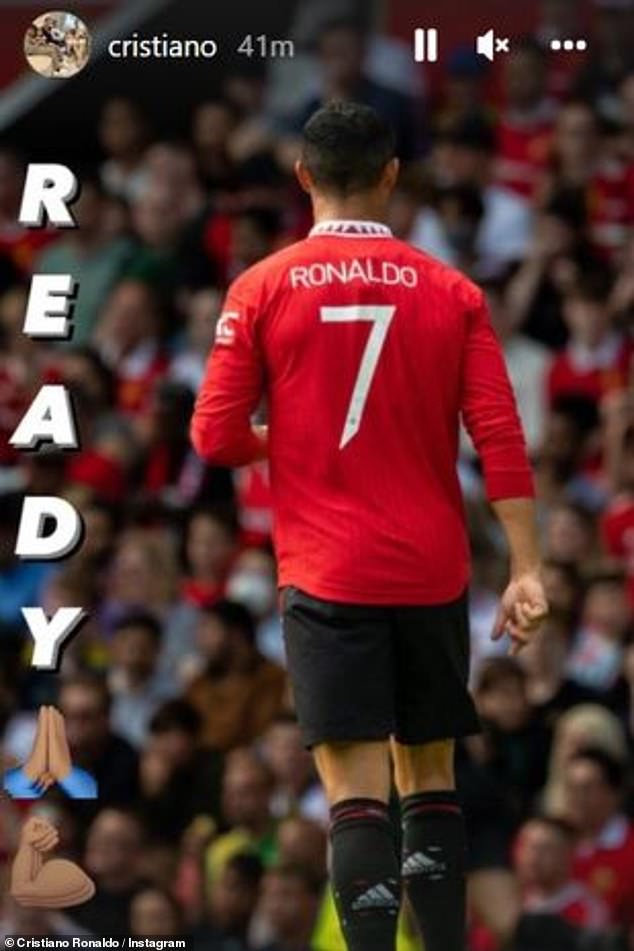