‘Let’s do it for those who supported us’: Cristiano Ronaldo makes rousing speech to Real Madrid team-mates ahead of Champions League final

If playing alongside Cristiano Ronaldo wasn’t inspiring enough, the Portugal star went one step further to pump up his former Real Madrid team-mates.

Prior to last season’s Champions League final against Liverpool, Ronaldo made a rousing speech to his Madrid colleagues in a bid to inspire them to a third consecutive title.

Madrid released a teasing trailer for a new behind-the-scenes documentary, which features the five-time Ballon d’Or winner and their all-time top goalscorer delivering a speech in the dressing room moments before kick-off in Kiev. 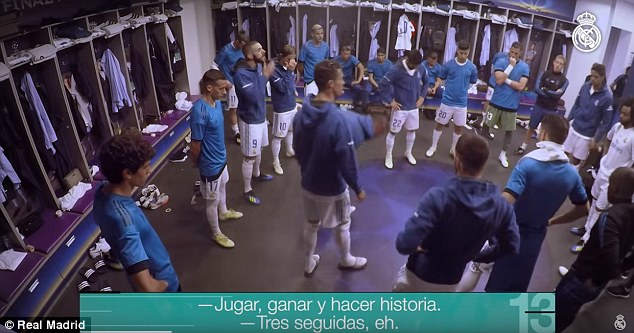 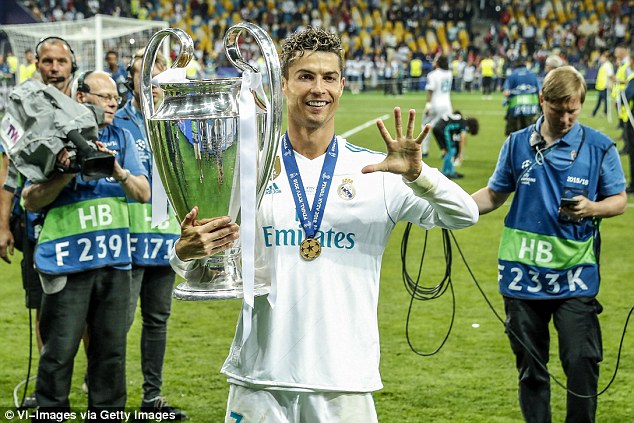 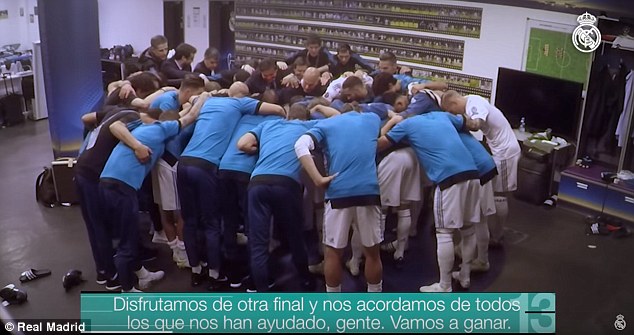 In Madrid’s documentary, captain Sergio Ramos was also seen pumping up his team-mates

In the video, Ronaldo can be heard saying: ‘To play, to win, to make history. For the third time in a row.

‘Let’s enjoy another final and let’s agree to do it for those who have supported us. Let’s win.’

Ronaldo’s motivational words appeared to pay off as Madrid – then managed by Zinedine Zidane – beat Liverpool 3-1 thanks to a Gareth Bale brace and Karim Benzema’s fortunate opener. 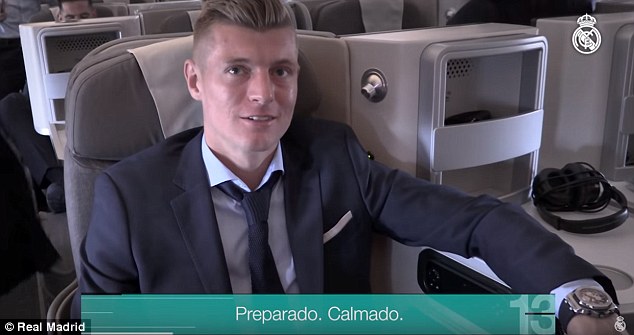 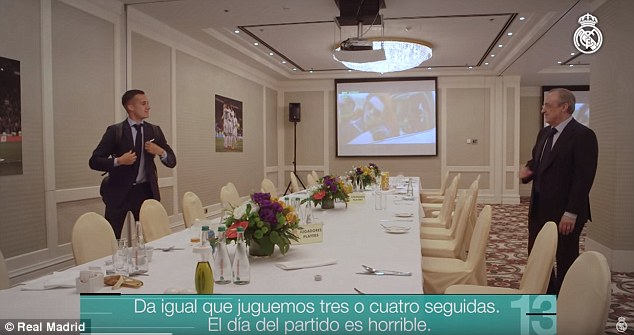 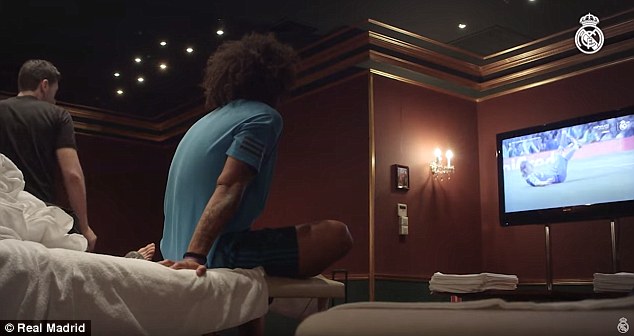 Bale stole the show with his incredible bicycle kick that put the Spanish giants 2-1 up as he left Loris Karius with absolutely no chance in the Liverpool goal.

May’s triumph in Kiev ended up being Ronaldo’s last act in a Madrid shirt as he then went on to sign for Juventus in a sensational £100million deal in the summer.

Ronaldo enjoyed a remarkable and unprecedented career at the Bernabeu, scoring 450 goals in 438 matches, as well as winning the Champions League four times. 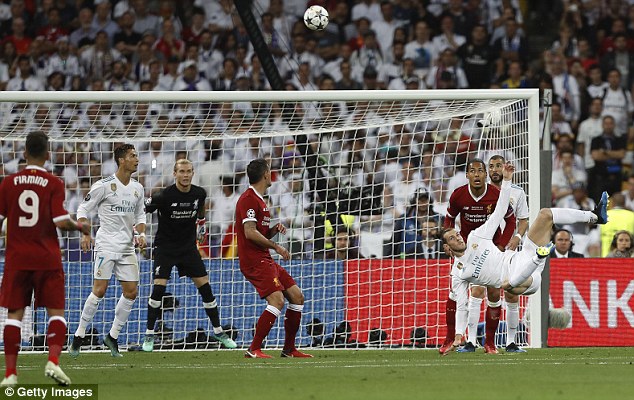 Gareth Bale stole the show in Kiev, putting Madrid 2-1 ahead with an incredible bicycle kick 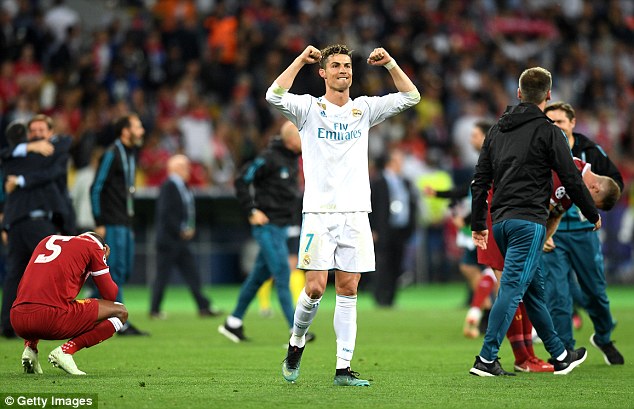