‘Cristiano will LOVE it!’: Joe Cole urges Portugal boss Fernando Santos to start Rafael Leao if he wants to get the best out of Ronaldo… and insists the 37-year-old NEEDS someone who can ‘get by players’ in his side’s last-16 clash with Switzerland

Cristiano Ronaldo needs his manager Fernando Santos to start Rafael Leao for Portugal to do well at the World Cup, insists Joe Cole.

Santos hinted on Monday that he may drop Ronaldo for Portugal’s last-16 clash with Switzerland, after the 37-year-old reacted angrily to being substituted in the final group stage match against South Korea.

The forward has scored just once at the tournament so far and continues to make headlines for the wrong reasons, reportedly causing frustration within the Portugal camp.

Cristiano Ronaldo would profit from playing next to winger Rafael Leao, according to Joe Cole 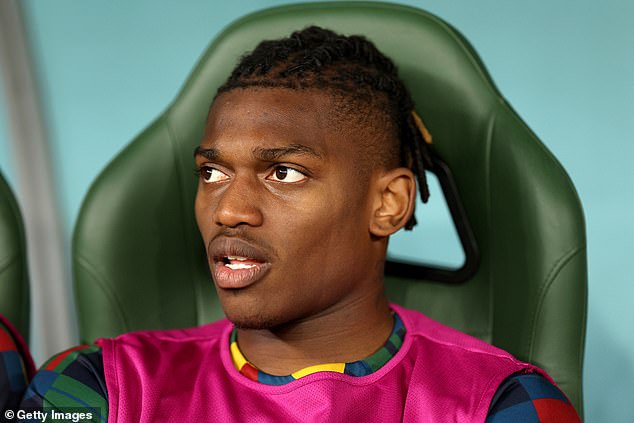 Leao, who has impressed this season for AC Milan, has yet to start a game for Portugal in Qatar

Speaking ahead of Morocco’s last-16 tie with Spain, Cole urged that Ronaldo would benefit from playing alongside Leao because on his pace and strength at running in behind.

Leao, who impressed at AC Milan before travelling to Qatar, has yet to start a match for Portugal at the tournament, with Santos favouring Atletico Madrid outcast Joao Felix.

Cole warned that Portugal could struggle against Switzerland on Tuesday without Leao on the teamsheet.

‘You know what, the problem for this Portuguese team is that the manager is not picking Leao,’ the former England star told ITV. 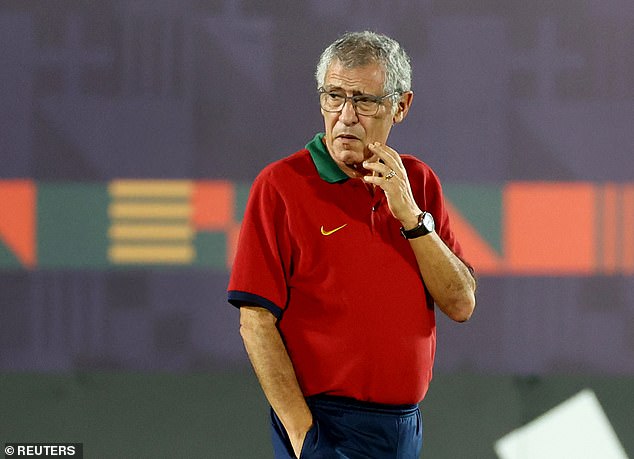 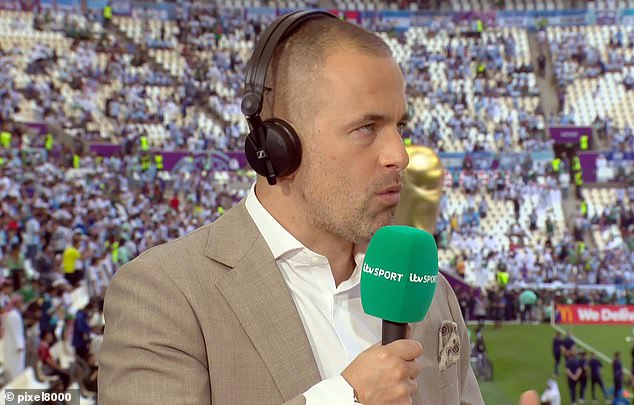 ‘Although they topped their group, I think if the manager would give Leao his legs and put him in the team, he’d be explosive.

‘Cristiano will love it! He’ll have someone to take the onus off him. Someone who can run, who can dribble, get by players. I think if they start with Leao they’re a real threat. If they don’t, it could be a tough day for them.’ 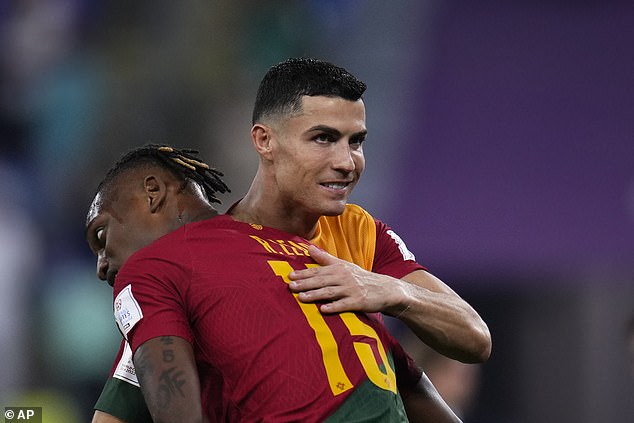