Cristiano Ronaldo not getting UEFA award ‘ridiculous and shameful’

Super agent Jorge Mendes has accused UEFA of a bias towards Real Madrid players after Cristiano Ronaldo missed out on the Champions League Player of the Year award to former team-mate Luka Modric.

The main awards for last season’s competition were dished out during Thursday’s group stage draw in Monaco and Ronaldo picked up the prize for best forward after his 15-goal haul.

However, the main award for overall best player went to Modric and Mendes seemed to suggest that Ronaldo’s decision to swap Real Madrid for Juventus may have been behind the ‘shameful’ decision. ‘Football is played on the field and that’s where Cristiano won,’ he told Portuguese outlet Record .

‘He scored 15 goals, carried Real Madrid on his back and conquered the Champions League again.

‘It’s ridiculous, shameful. The winner is not in doubt, as Ronaldo is the best in his position.’

Theories of UEFA’s bias towards Real Madrid may be conjecture, but they were given further strength by the fact that players from the Bernabeu picked up every single award on Thursday afternoon. 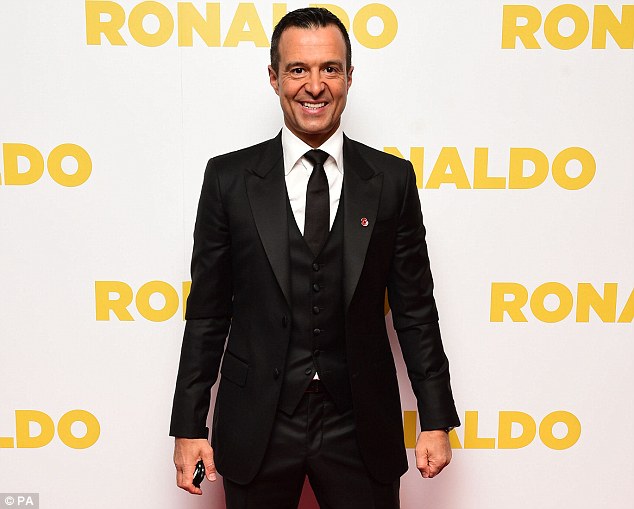 Jorge Mendes, agent of Ronaldo, has come out fighting for his client in an explosive interview

A full list of the top ten players revealed Ronaldo to be the second-best player in the judging panel’s eyes, but was a full 90 points (223 points to 313) behind the Croatian playmaker. Liverpool’s Mohamed Salah completed the top three with 134 points.

Ronaldo has since departed the Spanish capital, completing a £100million move to Juventus earlier this summer, where his mission will be to bring the first European crown to Turin for 22 years.

The 33-year-old has made two Serie A appearances thus far but has yet to find the back of the net for his new club. That hasn’t stopped them from storming to the top of the table, however, taking maximum points from games against Chievo and Lazio. 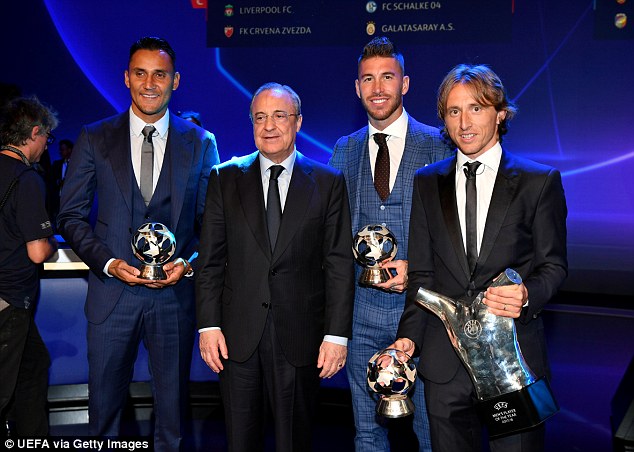