Cristiano Ronaldo is all smiles, posing happily with partner Georgina Rodriguez and his family as he relaxes ahead of Portugal’s crunch World Cup last-16 clash with Switzerland on Tuesday

Cristiano Ronaldo has been pictured embracing partner Georgina Rodriguez in a cosy snap as he relaxes before Portugal’s knockout clash with Switzerland.

Fernando Santos’ men face the Swiss in a last-16 tie on Tuesday evening, with the winner facing either Spain or Morocco in the quarter-final.

And forward Ronaldo was all smiles as he took time to unwind ahead of the match with Rodriguez, sister Katia Aveiro and his family. 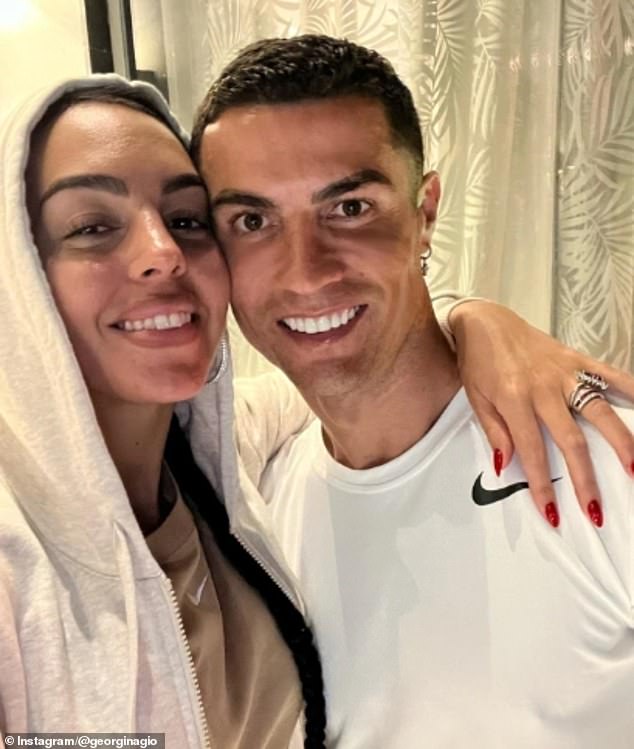 On Katia’s Instagram story, the 37-year-old veteran was shown between his sibling and his partner, with the caption ‘My Riches’.

Ronaldo then took a grainy selfie of the couple, Aveiro and two of her children, the jokey caption reading: ‘I’m glad he was a football player because if he were a photographer it wouldn’t work at all!’

While Georgina then posted a snap of the pair cuddling up as she wore a hoodie. 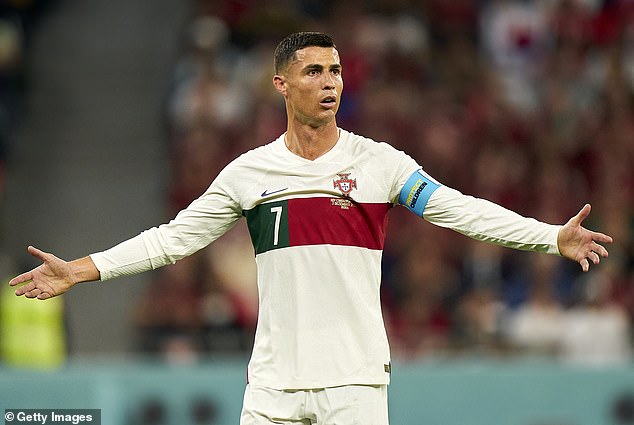 Free agent Ronaldo, 37, has started every game for Fernando Santos’ side at the tournament 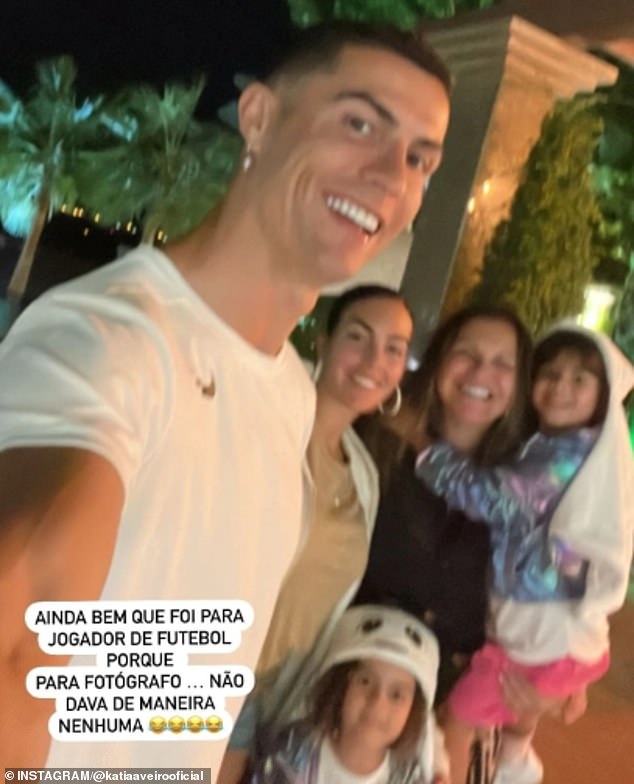 Portugal won their first two group matches, 3-2 against Ghana and 2-0 against Uruguay, before losing their final game 2-1 against South Korea.

Ronaldo, who is a free agent after his acrimonious exit from Manchester United during the tournament after his explosive interview with Piers Morgan, has started every game up front in the competition, but has been substituted off in every match.

Meanwhile, Sportsmail‘s Oliver Holt has said Portugal can win the World Cup – but only if they drop the star from their team.