Cristiano Ronaldo, Sergio Ramos and Real Madrid stars don sharp suits as they set off for Kiev on private jet

Real Madrid’s stars have set off for the Champions League final in Kiev, looking sharp in navy blue team suits.

A number of players posted pictures on their social media before boarding a flight to the Ukrainian capital.

Cristiano Ronaldo posed alongside Marcelo and Casemiro with the accompanying caption: ‘On the way to Kiev.’ 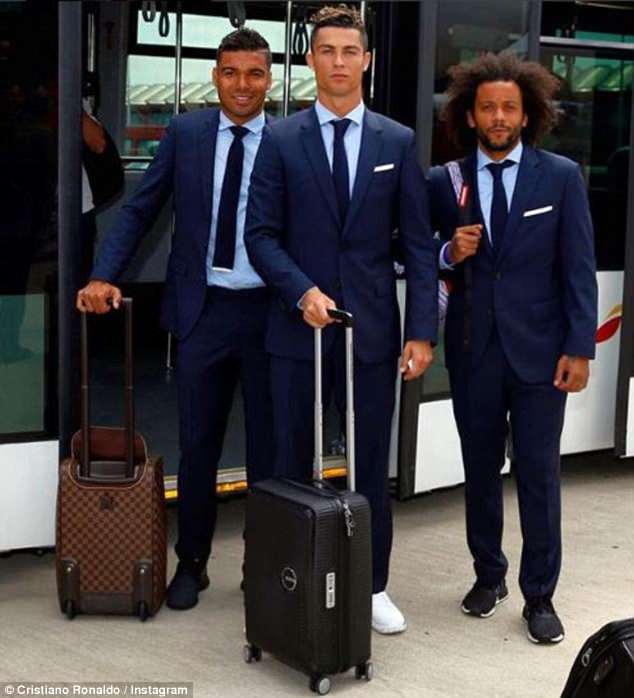 Sergio Ramos shared a snap with his wife Pilar Rubio and their three young children Sergio Jr, Marco and Alejandro, before departure.

The Spanish central defender wrote: ‘With all the family that gives me the best strength in the world, I love you Pilar.’

He also added the hashtag ‘taxi driver’ in reference to the film of the same name and his sunglasses mirrored Robert De Niro’s famous shades from the 1976 crime thriller.

Karim Benzema was another to post on Instagram, clasping hands with fellow Frenchman Rafael Varane on the private jet. 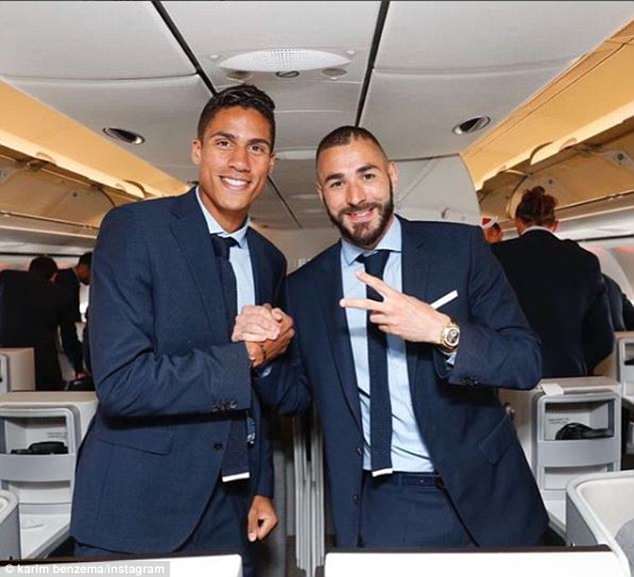 The duo conformed to the team dress code of navy blue suits with the cut off ties and looked the part ahead of Saturday night’s showpiece.

Borja Mayoral also shared a picture on board the plane, giving a thumbs up to the camera.

All eyes are on Kiev with the defending Champions aiming to retain the title against Jurgen Klopp’s swashbuckling Liverpool side.

Both teams have travelled on Thursday and will benefit from a day to acclimatise before Saturday night’s final. 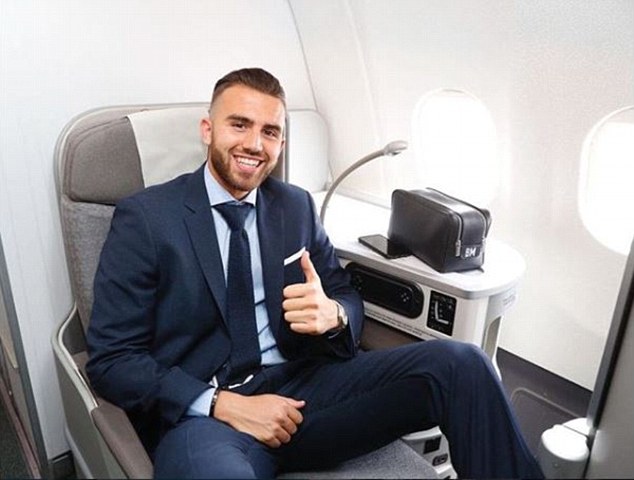