Cristiano Ronaldo will accept a two-year suspended prison sentence for tax fraud at a court appearance in January, according to Spanish media.

The Juventus and Portugal star is accused of defrauding Spanish tax authorities out of €14.8million (£13.3million).

According to AS the 33-year-old forward will be formally found guilty at a hearing on January 14 but will not actually serve any prison time.

The reported deal with the Spanish Treasury is set to end a long-running legal saga dating to when Ronaldo played for Real Madrid.

Ronaldo, often regarded as the ‘best player in the world’, originally denied the charges when they were brought against him last summer.

But the striker reportedly admitted a total of four tax offences earlier this year after prosecutors agreed to reduce the amount he was required to pay back.

He is said to have returned €13.4million into Spanish government coffers earlier this year but must still go through the process of his court appearance.

His lawyer may reportedly try to reduce his sentence further from a suspended two years to a fine of €375,000.

While in Spain he became Real Madrid’s highest ever goalscorer, netting 451 times after joining from Manchester United for a then-record £80million in 2009.

Ronaldo is also Portugal’s most-capped player, with 154 appearances, and record goalscorer, with 85. 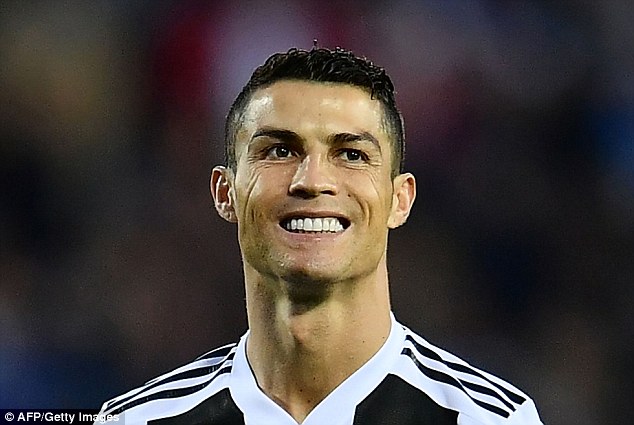 Ronaldo, pictured playing for Juventus this season, is said to have admitted the tax fraud charges against him dating back to his time as a Real Madrid player