Cristiano Ronaldo is going back to Madrid – and he will no doubt will see Juventus’ draw with Atletico Madrid as the chance for him to test-drive the stadium venue for the final.

The draw is cruel on Atletico because if there is one player even more determined to reach the showpiece game next May in the Spanish capital than their own players it is Ronaldo who would see it as his grand vindication after leaving Real Madrid last summer.

But Atletico spokesman Clement Villaverde said: ‘If you want to get to the final you have to compete with the best. Let’s see what shape the two teams are in come February. 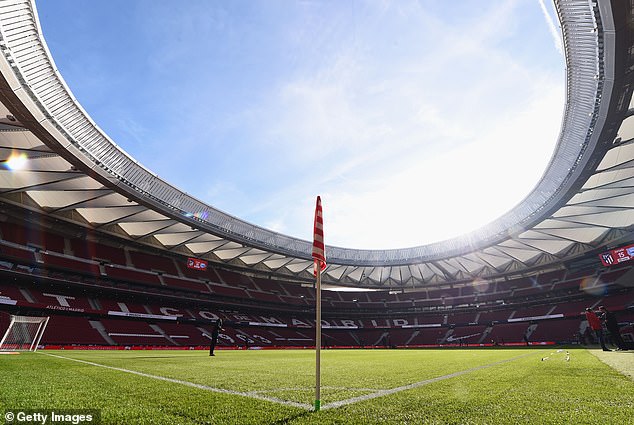 ‘Juventus have strengthened with the signing of Ronaldo but we have good players too.’

Juventus spokesman Pavel Nedved said: ‘Atletico have a very good squad and it will be a very difficult game for us. Ronaldo is a player for the Champions League. He has great experience in this competition.’

Spanish football pundit and former Real Madrid player and manager Jorge Valdano said: ‘Juventus are not happy either. Atletico Madrid is not a nice rival for them.’

Ronaldo will have celebrated his 34th birthday by the time the two teams meet. Atletico Madrid, meanwhile, are hopeful that Diego Costa, currently recovering from a foot operation, will be fit to face him.

Barcelona were willing their ball to come out of the glass bowl as soon as Lyon’s name was drawn. They will be happy with one of the weakest side’s left in the competition. 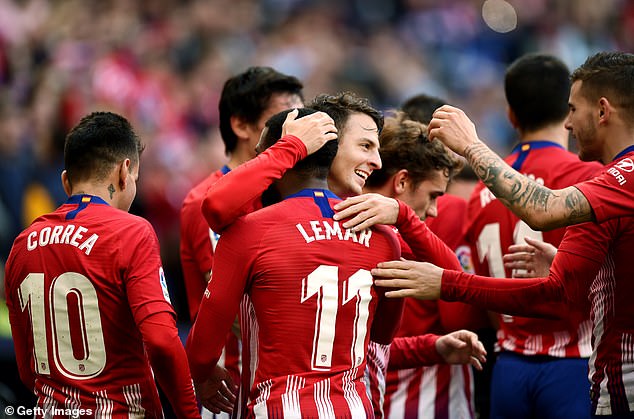 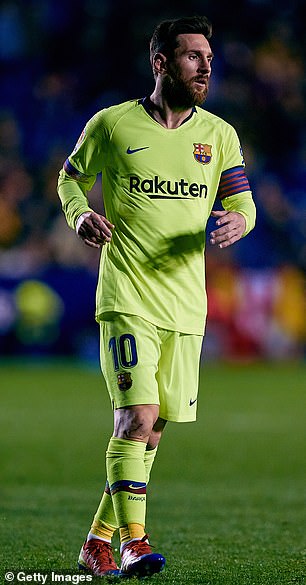 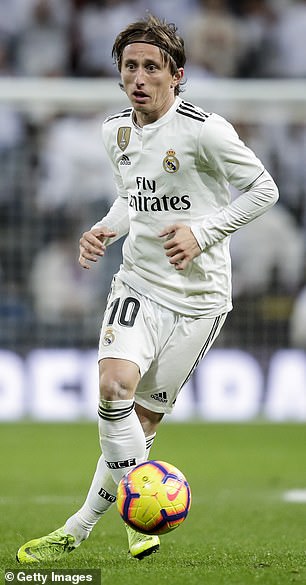 Although club director Guillermo Amor warned: ‘Some teams in the draw were stronger than others but everyone is in the last 16 are there on merit and we have to respect them. Lyon were strong against Manchester City.’

Asked about being knocked out by Roma against all the odds last season, Amor added: ‘We did not underestimate Roma last season. [Lionel] Messi is unique and he is performing well in Champions League and in all competitions.’

Real Madrid can also have no complaints with Ajax as their opponents. Madrid will get a close look at two players Barcelona want next summer with Frenkie de Jong and Matthijs de Ligt playing for the Dutch champions but for all their quality on the ball Ajax will be the underdogs against a team that may well have been crowned World Club Cup champions.

Asked if there had been worse rivals for Madrid in the draw club director Emiliano Butragueño said: ‘You never know. They are strong at home. It will be an historic tie between two teams who have helped make the competition what it is.’