Critics are split on This England with Sir Kenneth Branagh

The Sky Atlantic show, which premieres tonight at 9pm, centres around Mr Johnson as he leads the UK through the Covid pandemic. 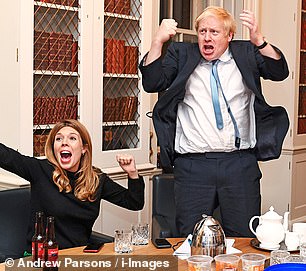 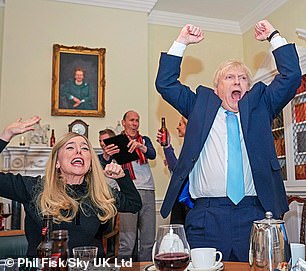 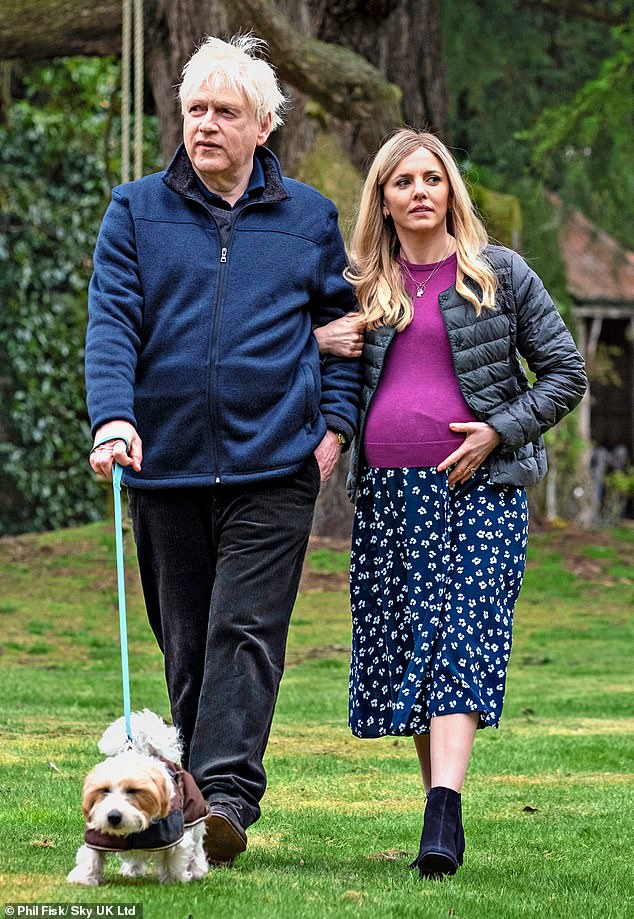 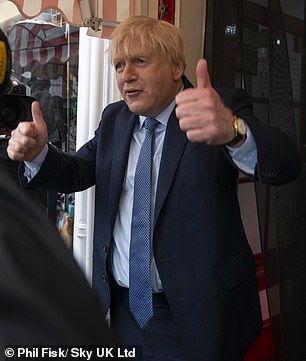 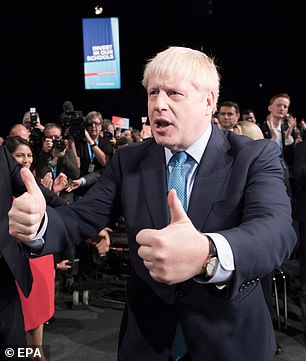 Former PM Boris Johnson is barely distinguishable from Sir Kenneth Branagh, who wore a fat suit for the role and spent two hours being transformed by make-up artists on each day of filming

Yet while some critics hailed the series ‘sickeningly accurate’, others slammed it as ‘boring’ and ‘a dud’.

The Daily Mail praised Sir Kenneth, who was given prosthetics for his role, writing: ‘The best reason to watch this drama about the government’s handling of the Covid crisis is Kenneth Branagh’s extraordinary turn as Boris Johnson.’

Others were enthusiastic about Lovibond’s interpretation of Mrs Johnson.

However others, including the Daily Telegraph, disagreed, with critic Anita Singh writing: None of the big performances get it right. Even the dog doesn’t look like Dilyn.’

Here, ahead of the premiere, FEMAIL takes a look at what the critics have to say… 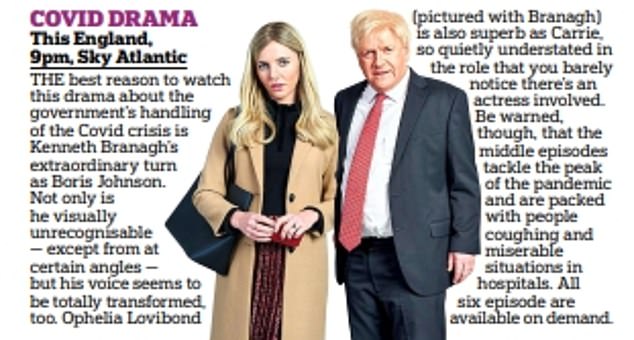 The Daily Mail writes: ‘The best reason to watch this drama about the government’s handling of the Covid crisis is Kenneth Branagh’s extraordinary turn as Boris Johnson.

‘Not only is he visually unrecognisable — except from at certain angles — but his voice seems to be totally transformed, too.

‘Ophelia Lovibond is also superb as Carrie, so quietly understated in the role that you barely notice there’s an actress involved.

‘Be warned, though, that the middle episodes tackle the peak of the pandemic and are packed with people coughing and miserable situations in hospitals. All six episode are available on demand.’

The Telegraph’s Anita Singh wrote: ‘The first sign that This England (Sky Atlantic) will go wrong is the wig.

‘Perhaps Boris Johnson’s hair is so unruly that it simply can’t be replicated.

‘But the dodgy thatch worn by Kenneth Branagh is an early portent of doom. This six-part political drama is a dud.’

She added: ‘None of the big performances get it right. Even the dog doesn’t look like Dilyn.’

The Guardian’s Hollie Richardson wrote: ‘Michael Winterbottom’s six-part drama based on the events of the pandemic is TV at its most triggering.

‘Kenneth Branagh is sickeningly accurate as Boris Johnson, while Simon Paisley Day’s take on Dominic Cummings is a call to burn all beanie hats.’

She added: ‘This programme might have been made too soon – but perhaps its very intention is to be unsettling.’

‘At times, particularly in later episodes, I found its heartbreaking authenticity unbearable, and I doubt I’ll be alone in that.

‘One death scene was so excruciating I had to turn it off. It feels too soon to be reimmersed in that horror.

‘Michael Winterbottom does a masterful job entwining the parallel narratives of Covid approaching like a bullet train and Johnson distracted by his domestic dramas.’

The BBC wrote: ‘The performances are terrific.

‘Lovibond as Symonds is tremendous. ‘

The FT wrote: ‘Between the casting of Kenneth Branagh and the frequency with which the former PM is seen reciting Shakespeare, Johnson appears here as a tragic theatrical hero.

‘He is as isolated and insecure as Lear; as indecisive and mirthless as Hamlet; and — in bizarre dream sequences — as conscience-stricken as Macbeth.

‘Disguised behind heavy prosthetics and vocal tics, Branagh still cannot help but confer gravitas upon a man once dubbed by David Cameron “the greased piglet”.’

‘If anything sums up the buffoonish handling of the biggest public health crisis in a generation, it’s a brief conversation when one character asks a colleague why the government has stopped contract tracing.

‘The reply? “Because they’re idiots.”’

The Herald wrote: ‘This England is not the definitive drama about those times, it is too early for that.

‘But it is a start. In its anger, its determination to call the powerful to account, there’s a swagger about This England that deserves to be saluted.’

Pat Stacey said: ‘But This England is here, for better or for worse.

‘I have to say, based on the first episode (all six are available on demand), I’m inclined to lean toward worse.

‘Like the latex enfolding Branagh’s face, which has the peculiar effect of making him look not quite enough like either Johnson or himself, the performance is surface-deep.’

The Big Issue’s Adrian Lobb said: ‘It may be due to Branagh’s soulful performance, his ability to go deep into character with such empathy and skill, that Johnson never feels truly held to account by This England.

‘The person in charge of the country is instead shown as a hostage to events, a passive player, an oddly peripheral figure.

‘But if This England largely lets Johnson off the hook for what took place on his watch, it is a stark reminder of the timeline of trauma and loss, the national crisis, and the poor response from the most powerful people in the country.’