Critics slam ‘unfit for purpose’ child support system as it is revealed one ‘absent dad’ oil consultant owes £100,000 in maintenance payments over his two teenage sons

Oil consultant Sean Horsley fills his social media profile with photos of his £70,000 Mercedes and trips to the Abu Dhabi Grand Prix, adding ‘No regrets… living it to the max!’

But the absent father does not mention the shocking arrears he owes in child maintenance for his two teenage sons which have just passed the £100,000 mark.

He is one of at least 44,000 parents – nearly all fathers – whose arrears total nearly £1 billion, say new figures from the Child Maintenance Service, despite Government promises to ‘get tough’ on dodging dads.

The CMS replaced the Child Support Agency in 2012 after it was discredited as ‘unfit for purpose’.

Oil consultant Sean Horsley, 42,  fills his social media profile with photos of his £70,000 Mercedes and trips to the Abu Dhabi Grand Prix. But the absent father does not mention the shocking arrears he owes in child maintenance for his two teenage sons which have just passed the £100,000 mark

But the latest Department for Work and Pensions figures show CMS arrears rose from £966 million to £973 million between December and March.

Campaigners for single parents say the CMS fails to make adequate use of powers which include seizing passports and driving licences or informing credit reference agencies when absent dads fall into arrears.

Mothers complain that to use the CMS’s Collect and Pay regime to encourage payment from reluctant ex-partners, they must forfeit four per cent of the payments, as well as a one-off £20 application, in fees. 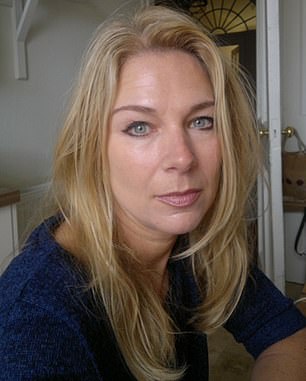 Edinburgh-based Ms Ivackovic said: ‘I’ve won case after case and written to [DWP Secretary] Amber Rudd but it doesn’t seem to make any difference, the CMS is unfit for purpose.

‘Mr Horsley claims not to be a habitual resident of the UK, but the CMS has ruled otherwise, and yet still he runs rings around them.’

Mr Horsley, 42, who holds dual UK and South African nationality, said: ‘I’m not habitually resident in the UK, as HMRC have agreed, even if the CMS haven’t’.

‘I’ve paid thousands in birthday and Christmas presents over the years and my father’s estate has paid school fees.

Yes I’ve got a nice car, but I don’t own it in full and it’s one of the few pleasures I have. I hope to be able to see more of my sons as they get older.’

Faye Goldman of single parent group Gingerbread said the CMS has ‘a rigid, ‘one size fits all’ approach that fails to recognise more complex finances, leaving loopholes that allow parents to avoid paying what they can afford.

Until the DWP gets to grips with CMS failings, children will continue to lose out.’

A DWP spokesman said: ‘The amount of child maintenance collected has increased by almost 25 per cent over the past five years.