Croatia clinched an automatic berth in next year’s World Cup finals in dramatic fashion as a late Fedor Kudryashov own goal gave them a 1-0 home win over Russia in their crunch Group D qualifier on Sunday.

Croatia, the 2018 World Cup runners-up, jumped above Russia to top the standings on 23 points from 10 games, one more than the second-placed Russians, who will head into the March play-offs.

Croatia dominated a match played in driving rain, but a string of good saves by visiting goalkeeper Matvei Safonov and a waterlogged pitch kept them at bay before Kudryashov’s clumsy 80th-minute touch delighted the home fans. 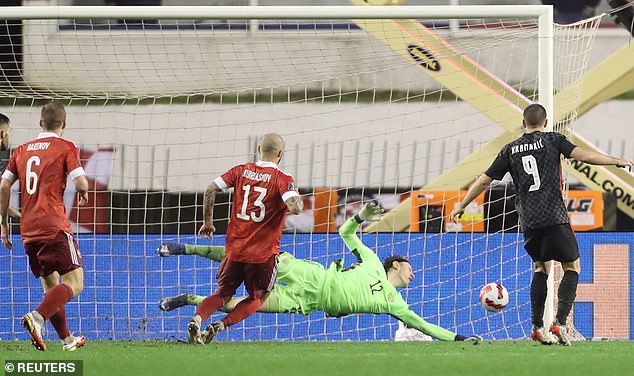 Needing a draw to automatically qualify, the Russians defended with everyone behind the ball and soaked up intense pressure as the Croatians besieged their goal but failed to create clearcut chances.

Andrej Kramaric headed straight at Safonov in the ninth minute before Marcelo Brozovic unleashed two long-range efforts, one sailing inches wide and the other drawing an acrobatic save from the visiting keeper.

Safonov kept out a close-range Mario Pasalic header with a superb stop in the 47th minute and the Russians appeared to be home and dry before they were undone by Kudryashov’s error.

With waves of Croatian attacks losing momentum on a difficult pitch, left-back Borna Sosa floated in a hopeful cross from the left and Kudryashov bundled the ball into his own net after it bounced awkwardly in front of him.

Russia missed their only chance to salvage the game from their first fluent move in stoppage time, Vyacheslav Karavaev firing over the bar from 20 yards. 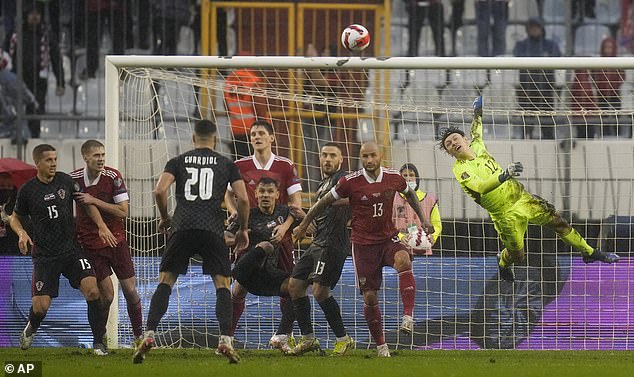 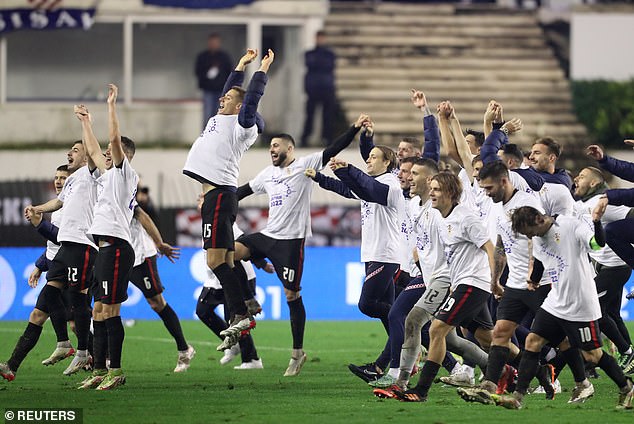