Almost 20 million visitors chose Croatia for their holiday last year, a huge vote of confidence for this small country with a heart-stopping Adriatic coastline — and more than 1,000 islands.

Croatia has five coastal airports: Pula, Rijeka, Zadar, Split and Dubrovnik, all accessible from the UK. Gatwick to Pula takes under two hours, and the longest route, Edinburgh to Dubrovnik, is under three and a half hours.

Ferries and catamarans connect mainland towns and resorts with the islands. Most beaches are pebbly; water quality is exceptionally high and there are hundreds of clean and environmentally friendly Blue and White Flag beaches.

Captivating: The waterfront at Supetar (above) which can be reached by a 40-minute ferry ride from Split

The trouble is where to start and how to avoid the crowds. So here is our selection of favourite tucked-away spots. It’s a great time to go with the pound holding strong against the Croatian kuna. Your money will go a long way if you avoid big, glitzy beach-club resorts and five-star hotels. Expect a glass of house wine to cost around £3, a half-litre of beer £2 and a meal for two at a bistro around £30. 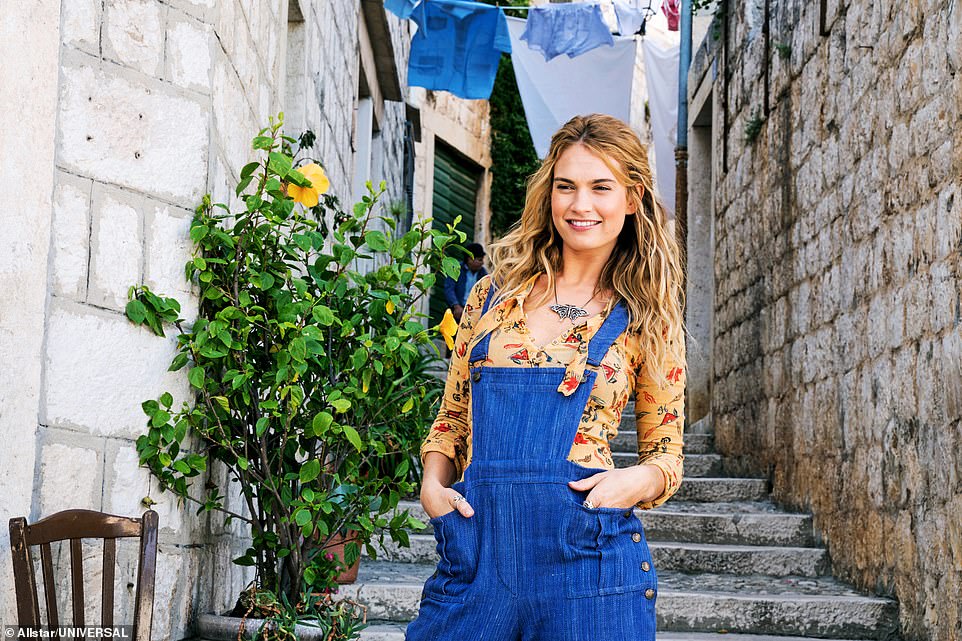 Star appeal: Lily James on Vis island for the filming of Mamma Mia! Here We Go Again which was released last summer

Last summer, cinema-goers watching Mamma Mia! Here We Go Again saw the beauty of the island of Vis where it was filmed, with Lily James, Colin Firth and Julie Walters. Stiniva beach on Vis is one of the most beautiful, hidden bays in Croatia, embraced by white stone cliffs and with turquoise waters. It’s reached only by small boat, but there are daily excursions, or water taxi offices will agree a price for a day trip — both on the waterfront of Vis town.

How to do it: Five nights at the four-star boutique Hotel San Giorgio in Vis town from £700 pp (hotelsangiorgiovis.com). London to Split flights from £140 (wizzair.com). Catamaran or ferry from Split to Vis around £7 (jadrolinija.hr). 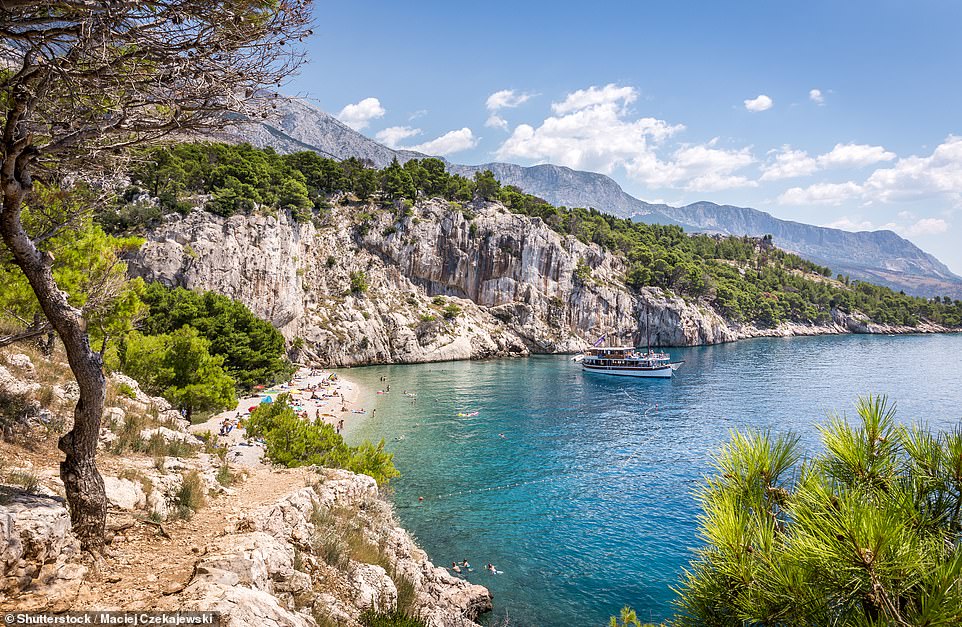 ‘Nugal beach attracts naturists, but there is no need to remove your clothes’, writes The Daily Mail’s Julia Mora

Nugal beach has a backdrop of crimson-streaked rocks and a pine forest. It’s near the big port town of Makarska with its beaches and lively nightlife, but far enough away to be quiet. Admittedly it attracts naturists, but there is no need to remove your clothes. This is a wonderful hideaway.

How to do it: Seven nights at Hotel Osejava in Makarska from £1,128 pp including flights from Gatwick to Split and transfers (0800 047 1066, classic-collection.co.uk).

Hang out with locals

The ‘beach’ at Icici comprises a long stretch of smooth stone with steps into the sea.

Eat lunch with locals at Lucica, a shell-decorated fish shack where grilled fish and a glass of wine cost less than £10. Take a walk along the coast, about 45 minutes, to Opatija, with its Habsburg-era villas and fine old promenade. Rumour has it that Marilyn Monroe stayed with JFK at the once-private Villa Ariston close to Icici beach.

How to do it: Seven nights at Remisens San Giorgio II hotel from £779 pp including flights from Stansted to Pula and transfers (0800 408 0778, jet2holidays.com).

On the Istrian peninsula’s west coast, 40 minutes north of Pula, you’ll have the pebble-and-rock beaches almost to yourself on car-free Katarina Island.

Sunbeds are provided by the island’s only hotel, plus there are a couple of beach bars. You swim here in sight of the pretty pastel-coloured houses across the water in Rovinj.

How to do it: Five nights at Island Hotel Katarina from £419 pp including flights from Gatwick to Pula and transfers (01425 480400, prestigeholidays.co.uk/croatia).

Sveti Jakov, just to the east of Dubrovnik, is a far cry from the throngs of tourists in the beautiful ancient walled city (though close enough to visit easily). There may be more than 100 steps to reach this beauty of a beach, but it’s worth it. A bar/restaurant is open from late May to September.

Ten minutes’ drive from Supetar ferry port on Brac island, after a 40-minute crossing from Split, the white-stone Bracka Perla boutique hotel is tucked away on a tiny bay with a sandy beach. Private beaches are not officially allowed in Croatia, yet this feels like one. The traditional narrow streets of Supetar are just a 15-minute stroll away. And Brac is where you will find the stunning Zlatni Rat beach.

How to do it: Seven nights at Bracka Perla is from £1,403pp including flights from Heathrow to Split; transfers extra (0344 493 0125, britishairways.com/holidays). 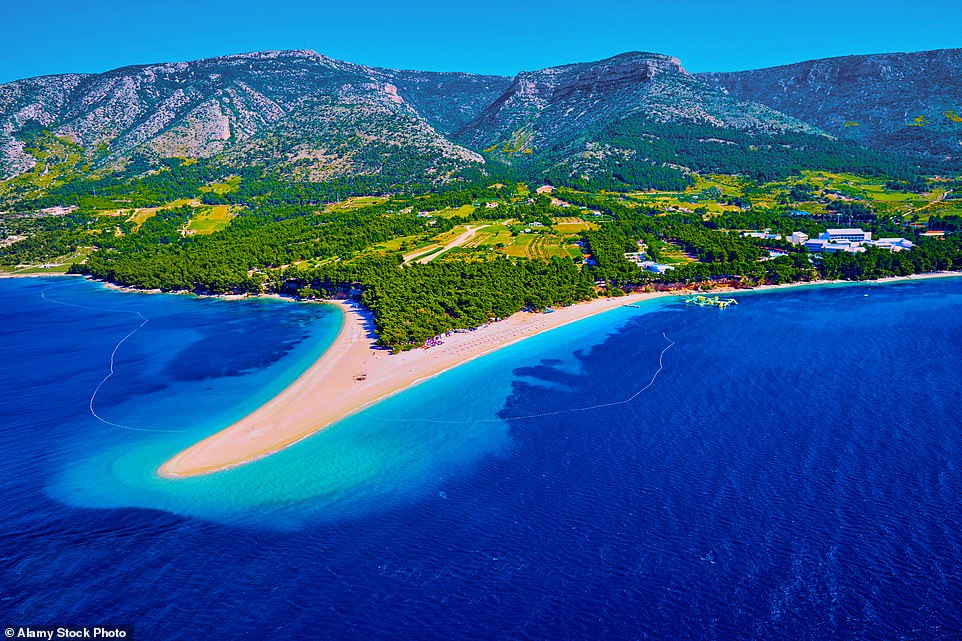 Castaway for a day

Vrgada island is reached by a small ferry in an hour from Biograd Na Moru, a charming seaside town that is a 30-minute drive south of Zadar. Go for the day for hidden, sand/pebble beaches and clear blue seas.

Take a picnic of local cheeses, bread and figs from the little market near the port.

How to do it: Seven nights at Hotel Adriatic in Biograd Na Moru from £449 pp including flights from Gatwick to Zadar and transfers (01425 480400, prestigeholidays.co.uk/croatia).

The Game of Thrones… and the White House 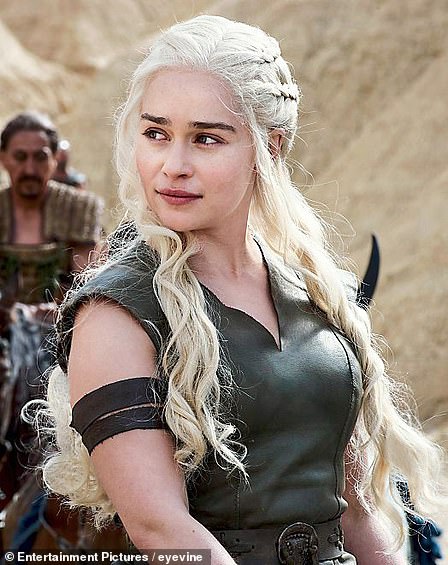 An eye on Dubrovnik: Daenerys in Game of Thrones

Dubrovnik, dubbed the ‘Pearl of the Adriatic’ by Lord Byron, has featured on our screens in Star Wars, James Bond and Robin Hood, but perhaps most famously as King’s Landing in Game Of Thrones.

Croatia’s largest city, Zagreb, has been its capital since 1945 and is home to a quarter of the country’s population.

The stone used to build the White House in Washington D.C. is said to have been quarried on the island of Brac, off the coast of Dalmatia.

Napoleon apparently once said: ‘If I had only 100,000 Croatian soldiers, I would conquer the entire world.’

On a visit to Zadar in May 1964, Alfred Hitchcock claimed the sunset to be the most beautiful in the world. Key West in Florida had previously occupied his top spot.

Josip Tito, the communist ruler of the former Yugoslavia from 1953 to 1980, enjoyed the Brijuni islands. It’s easy to see why at Verige Bay, with its aquamarine sea and sunken Roman settlement below. From Fazana, take a short boat ride to Veliki Brijun, then walk or hire a bicycle to reach Verige. The grilled sardines in Fazana may possibly be the best in Croatia.

How to do it: Seven nights at Villetta Phasiana boutique hotel in Fazana from £662 (booking.com). Gatwick to Pula flights from £56 return (easyjet.com). 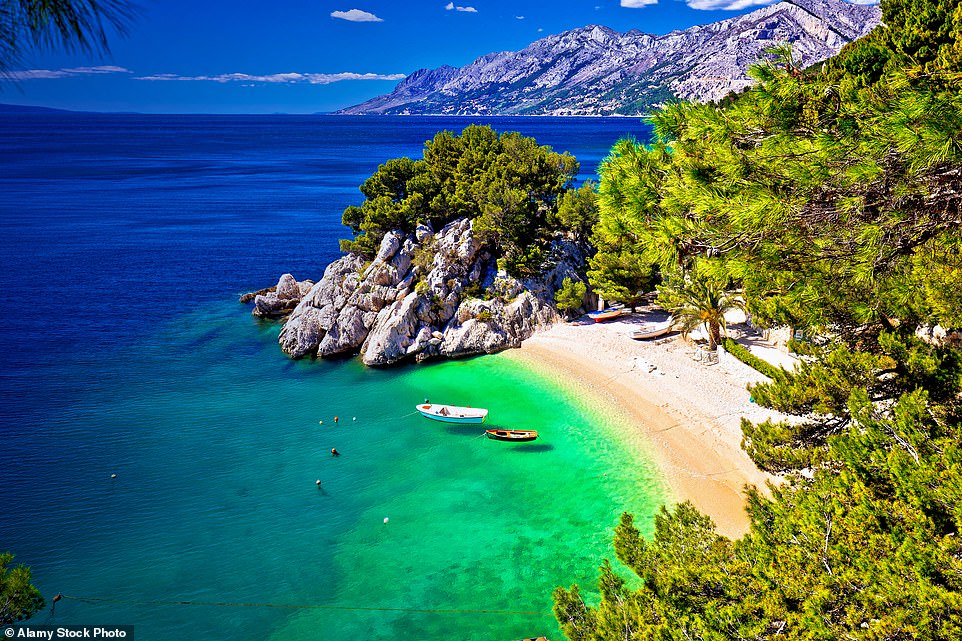 Sublime: Punta Rata beach in Brela (above) is a real hidden gem of the Makarska Riviera

Brela beach is gorgeous, some 35 miles south of Split and facing the island of Brac. Pine trees fringe the cove, providing shade on hot summer days. It’s mainly white pebbles and an impressive rock at one end.

How to do it: Seven nights at the refurbished four-star Bluesun Soline, close to the beach from £867 pp (020 543 5555, balkanholidays.co.uk) including flights from Bristol to Split and transfers.